She has earned the title of highest paid model during her time jet-setting around the world in recent years.

But on Thursday, Kendall Jenner, 24, got to enjoy a casual day hanging out with friends, including pal Travis ‘Taco’ Bennett, on another warm and sunny day in Los Angeles.

For the afternoon jaunt, that also included a stop at a coffee shop, the supermodel dressed down but still attracted wandering eyes with in a midriff-revealing crop-top.

Eye-catching: Kendall Jenner, 24, put her toned midriff on display in a crop-top and jeans during a casual day with friends in Los Angeles on Thursday

The grey button-down top came down just below her her breasts, leaving her toned tummy nearly on full display.

It was matched with two-tone black jeans and a pair of white sneakers.

Keeping with the easy-going feel for the day, the Keeping Up With The Kardashians star pulled her dark brown tresses back into a loose bun, and at times wore some dark sunglasses. 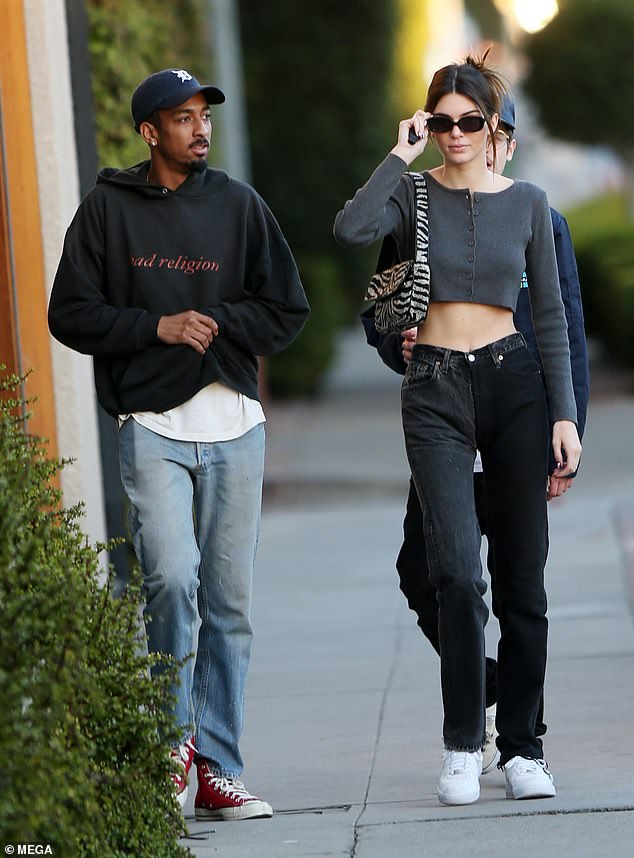 Hangin’ free: Jenner was spotted out with guy pal Travis ‘Taco Bennett’ and another guy friend

Revealing: The grey button-down top came down just below her her breasts, leaving her toned tummy nearly on full display 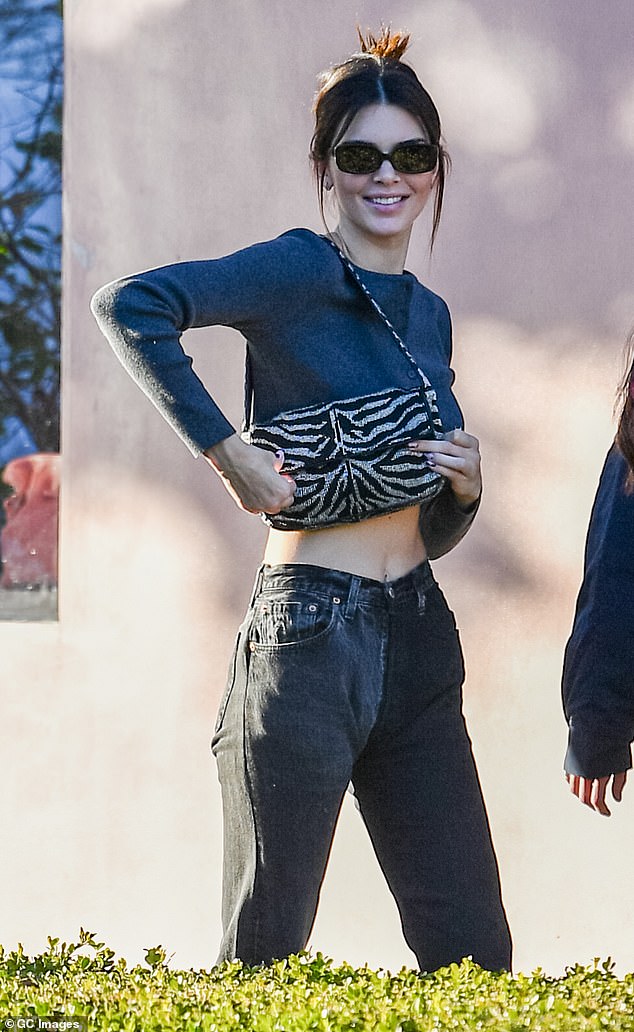 Glowing: The Keeping Up With The Kardashians star flashed a big smile for the cameras

READ  Game of Thrones season 8: How has cast and crew reacted to criticism? Filmmaker speaks out 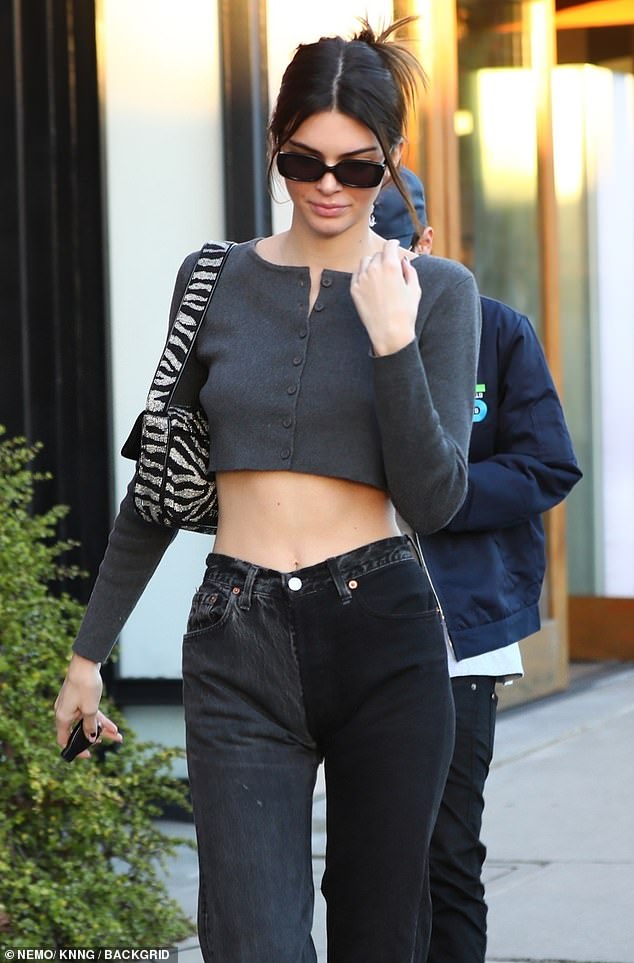 Window to the soul: For much of her afternoon jaunt, Jenner sported a pair of dark sunglasses

During her travels, Jenner and company made a pit-stop at Alfred’s coffee in West Hollywood.

While sitting at a street-side table with at least one female friend, Jenner covered up her crop-top with a red and black plaid shirt.

Eventually, after some ample time to chat, the supermodel and her friends got up and left, all while sharing some laughs.

Jenner was then seen hopping into her SUV and driving away. 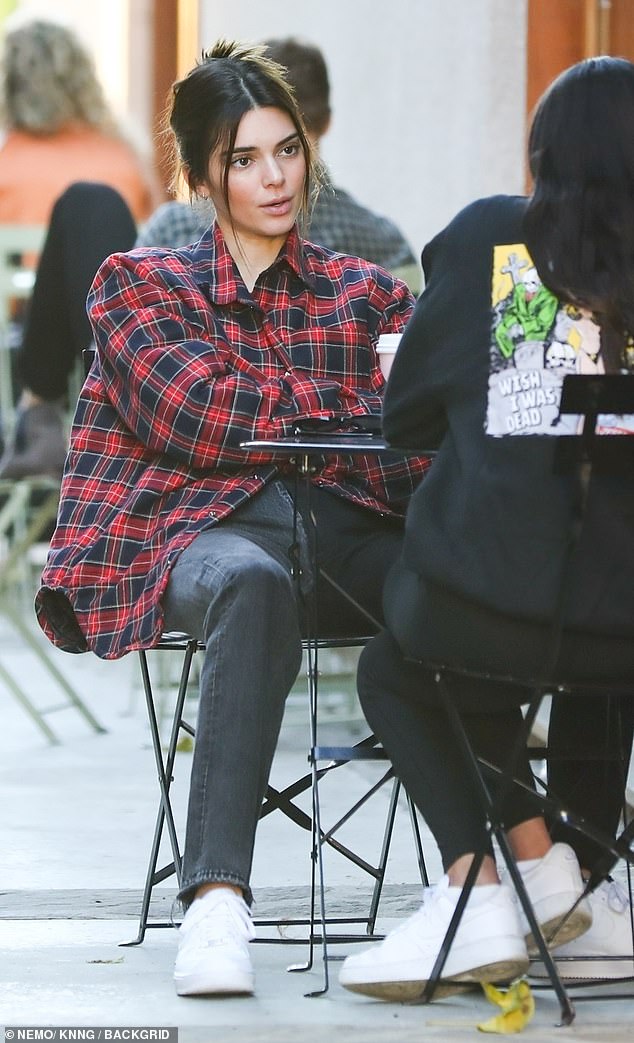 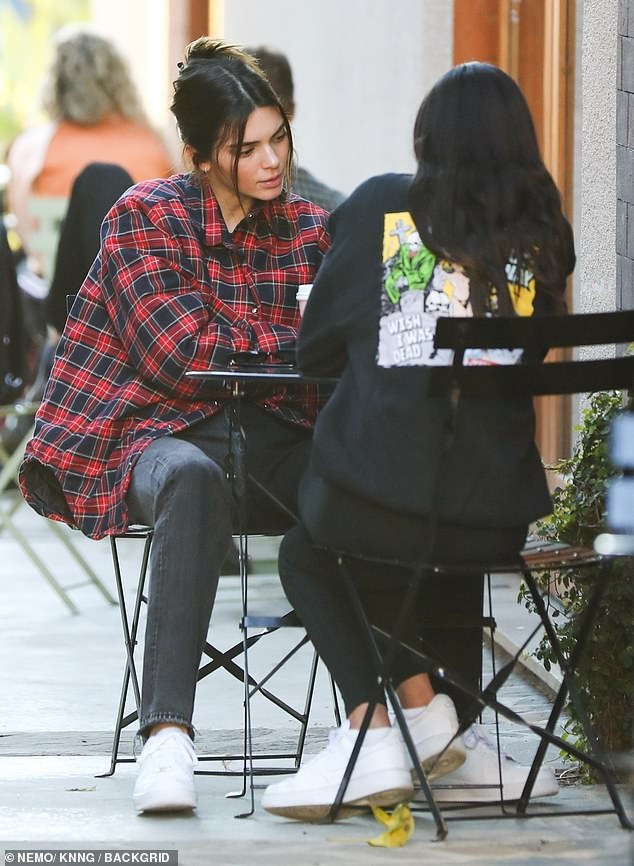 Catching up: The reality star was joined by at least one female friend 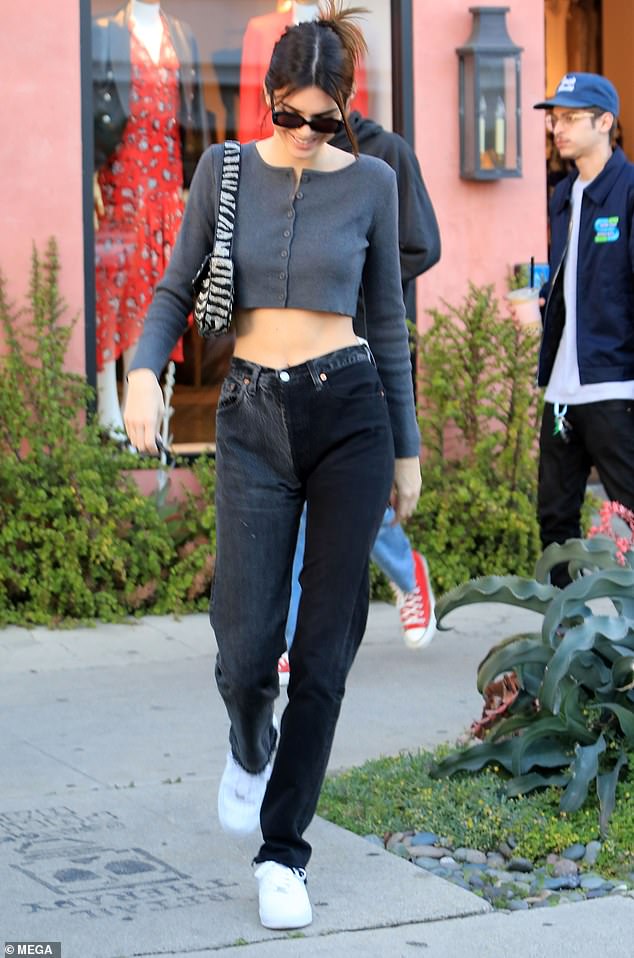 Outta here: After the coffee stop, the group was again on the go 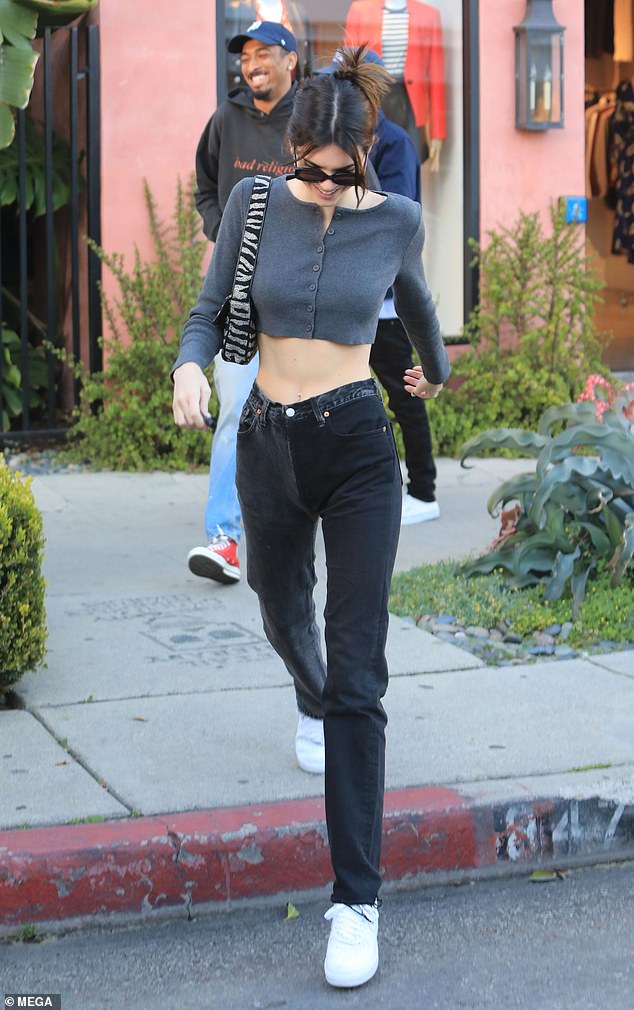 Comic relief: The friends shared a number of laughs as the made their way down the street

Jenner was named the world’s highest paid model in 2018, earning about $22.5 million, according to Forbes.

To put things in perspective, the second-place earner, model Karlie Kloss, made $13 million.

Jenner also held the top-earning title for models in 2017 by raking-in $22 million. 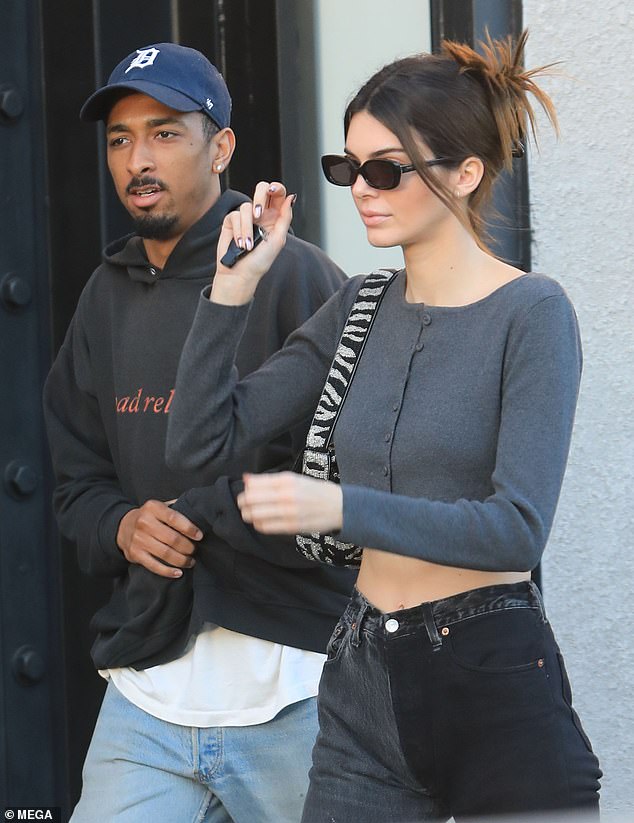 Money-maker: Jenner was named the world’s highest paid model in 2018, earning about $22.5 million, according to Forbes 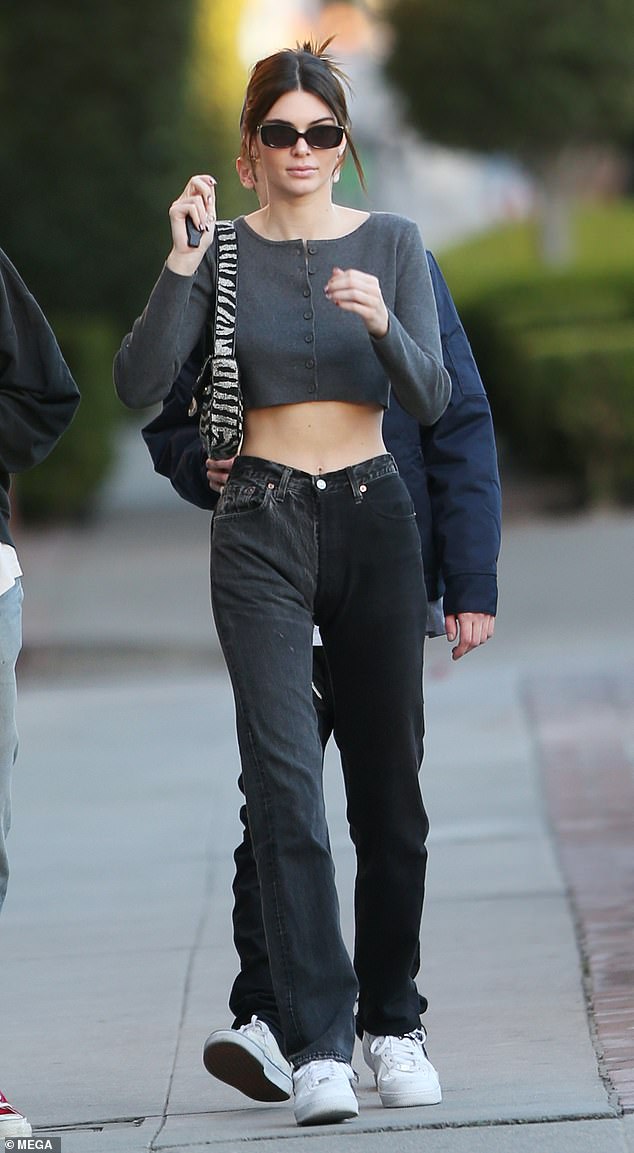 In demand: Jenner was also the highest-paid model in 2017 with $22 million 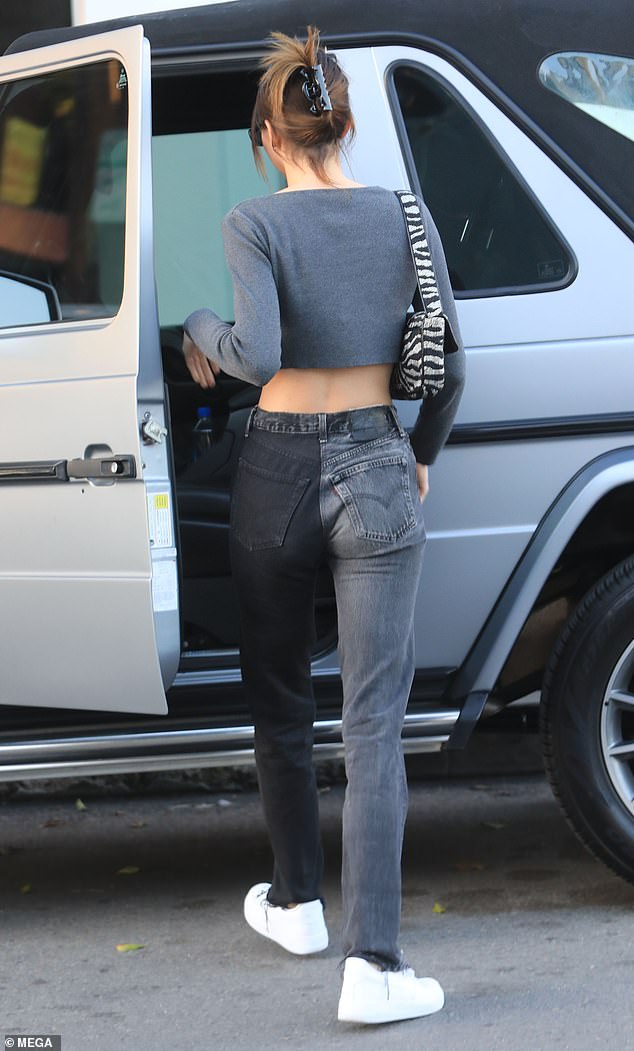 On the go: Eventually, Jenner hopped into her SUV and drove away

Sunak scraps Budget to focus on jobs and business support

Coronavirus: People being allowed in pubs but not stadiums 'bizarre' – EFL's Rick Parry