NewsGroove Uk
NewsGroove Uk > Politics > Ken Clarke: Tory veteran says he would become PM if it was the ‘only way’ to stop no-deal Brexit
Politics

Ken Clarke: Tory veteran says he would become PM if it was the ‘only way’ to stop no-deal Brexit 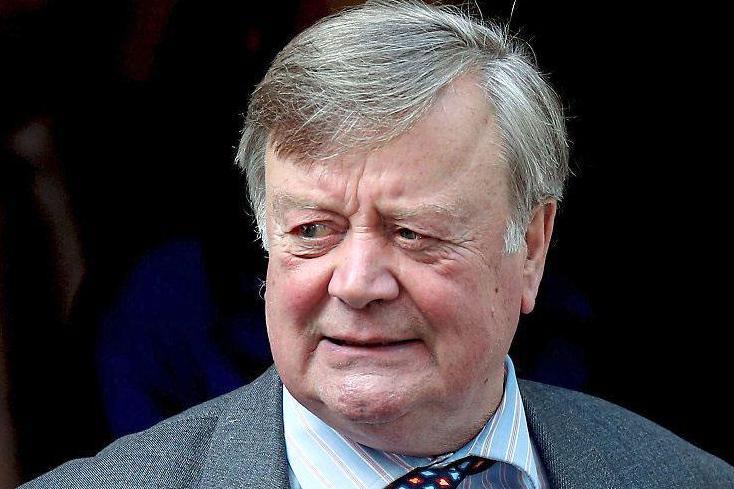 Conservative MP Ken Clarke would be willing to become caretaker prime minister if it was “the only way” to stop a no-deal Brexit, he has said.

The veteran former Tory chancellor said he would be prepared to lead a “government of national unity” if “everyone” named him as the right man for the job.

The 79-year-old also dismissed Jeremy Corbyn’s suggestions that he would be the rightful caretaker prime minister as leader of the opposition.

“I don’t want to annoy Jeremy because he’s a key figure, but he’s wrong about the convention.

“He becomes prime minister if he wins a general election, which I don’t think he ever will,” the Father of the House said.

Mr Clarke, a strong EU supporter who has run for the Conservative leadership three times, told BBC Radio 4’s PM programme he would “not object to” becoming leader if it was “the only way in which the plain majority in the House of Commons that is opposed to a no-deal exit” could find a way forward.

However, he said using legislation to prevent a no-deal could be the “best method” to achieve this but added: “If that fails, you need a government of national unity… It is not a senseless suggestion.”

It comes as Mr Corbyn’s proposal to be installed as caretaker prime minister was dealt a further blow after another senior Tory ruled out backing the plan.

Sir Oliver Letwin said he would not be able to support a bid to put the Labour leader in Number 10, saying he did not think it was likely that a majority could be formed for the idea.

The Labour leader plans to win a no-confidence vote in the government, become an interim prime minister, delay Brexit, call a snap election and campaign for another referendum.

But Mr Letwin, who was among recipients of a letter from Mr Corbyn outlining his proposals, said it was “well worth” having discussions across the Commons to prevent the UK crashing out of the EU without a deal.

Prime Minister Boris Johnson has pledged that the UK will leave the EU by 31 October “do or die”.

He has said he wants to strike a deal with Brussels, but if this is not possible, Brexit will go ahead as planned.

A number of MPs have said Mr Corbyn does not have enough support in Parliament to take over if Mr Johnson were to be ousted from Downing Street.

Confirming he would be willing to take up the role Mr Clarke said: “A government of national unity is just one of the things that might be called for. It’s not inconceivable.

“ I mean, we’re in a similar situation to 1931 [when the world faced a large recession] and rather wildly to the two world wars, when the same thing happened.

“But there’s an awful lot to be gone through before then and I haven’t been taking part in any talks with anybody for the last fortnight.

“I’ve been on the phone to one or two people in the last couple of days just to find out what the devil’s going on.”

Mr Clarke was first elected to Parliament as a Conservative MP in 1970 for the Nottinghamshire constituency of Rushcliffe.

However, his pro-European stance put him at odds with many in his party and despite three attempts in 1997, 2001 and 2005, he failed to become Conservative leader.

He added that it would be a “single-issue, short-term government” that would seek an extension to the Brexit negotiation process