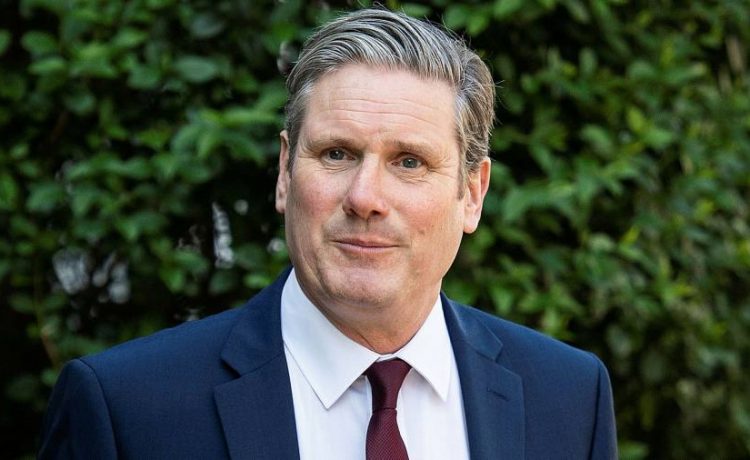 Keir Starmer will tell Boris Johnson on Wednesday that the government urgently needs a clear path out of the coronavirus lockdown, as Downing Street played down the prospect of an exit plan being unveiled in the coming days.

The new Labour leader, who will hold talks with the UK prime minister on Wednesday, said other countries, including Germany, France and Italy, along with Wales and Scotland, had published different versions of how to move forward from their lockdowns. By contrast, he added, England was being far too slow to set out its exit strategy.

“I think the government has been slow in pretty well all of the major decisions, so it was slow into lockdown, and we had to call on them to go into lockdown quicker than they did,” Sir Keir said in an interview with the Financial Times. “They were slow with testing and are still slow with testing, slow with PPE and I fear they will be slow with an exit strategy.”

Sir Keir’s intervention came as Downing Street distanced itself from reports that the lockdown would be eased in the coming days. Number 10 insiders said any major changes prior to May 7 — the date the lockdown legally had to be reviewed or renewed — were “unlikely” and any tweaks to the stringent social distancing measures may be limited.

“People are getting ahead of themselves. We’re still collecting the evidence and assessing the benefits and risks of changes to some of the social distancing measures. But if some areas are loosened next week, others may be tightened up,” the official said.

Another government insider confirmed that “any large-scale changes to social distancing or the scientific advice will be on or around May 7”.

Mr Johnson may, however, loosen some minor measures before the lockdown review. Robert Jenrick, communities secretary, said on Tuesday that rubbish tips and recycling centres can reopen, in an announcement that one Whitehall official described as “an example of where the evidence about reopening social distancing restrictions has been acted on”.

Sir Keir said that the Labour party had been in “lockstep” with the government in its decision to prioritise the reduction of the coronavirus infection rate. He also backed ministers’ use of five tests to decide when to end the most stringent lockdown measures.

“If lockdown is necessary for that, we support it. But we can’t park the next set of decisions. They are in danger of being slow on their exit strategy.”

He argued that Mr Johnson needed to set out as soon as possible what would happen once the five tests were satisfied.

“Are you going to prioritise schools? Which bits of the economy do you want to ensure are able to work most quickly,” he said. “All of the exit strategies I’ve seen [in other countries] have given an indication of what might happen with schools, what might happen in business sectors, and we need to have the same conversation.”

Sir Keir also called on the government to publish minutes of meetings of the Scientific Advisory Group for Emergencies to establish whether or not Dominic Cummings, Mr Johnson’s chief of staff, had influenced decision making.

“The prime minister says he wants maximum transparency, in which case tell us who’s on Sage and why and what they’re doing and publish the minutes as soon as you can.”

While the Labour leader has not called for a public inquiry into the government’s handling of coronavirus, he said it was “inevitable” that there would be one at a later date.