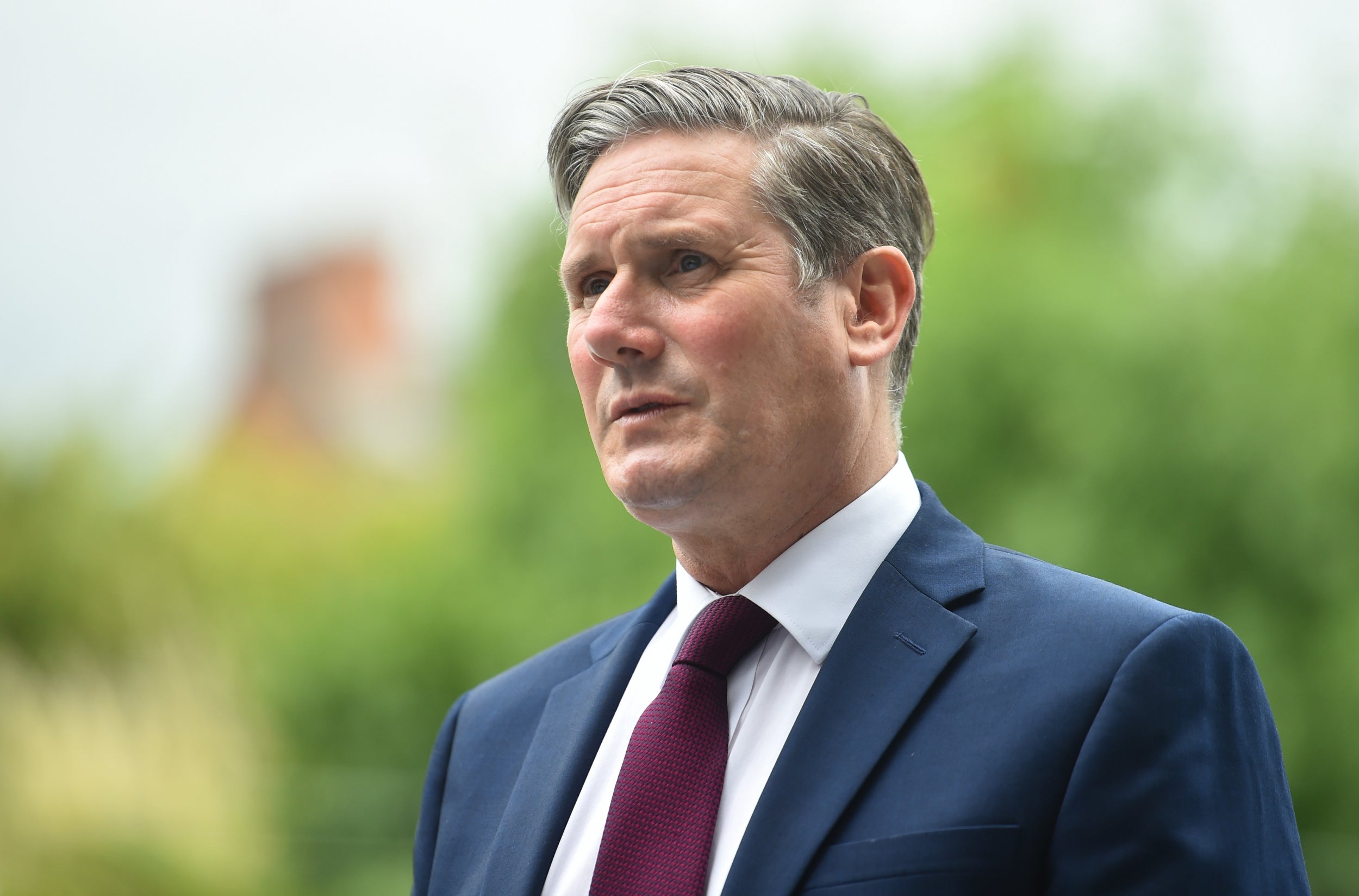 Labour leader Sir Keir Starmer has called for an inquiry into the Government’s purchase of 50 million face masks that cannot be used by the NHS due to safety concerns.

The masks, ordered from Ayanda Capital as part of a £252 million contract, have ear loops rather than head loops and there are concerns over whether they are adequate.

The Government has confirmed in court papers that the masks, which are now in the Department of Health and Social Care‘s (DHSC) logistics chain, will not be used in the NHS.

The Good Law Project and EveryDoctor, which are suing the Government over its Ayanda contract, estimate the 50 million masks would have cost more than £150 million.

Now the Labour leader has called for an inquiry into the contract.

He told reporters during a visit to north Wales: “For months we were told that the Government was purchasing the right equipment for the front line.

“Yet again it hasn’t happened.”

“There needs now to be an investigation, an inquiry, into what went wrong with this particular contract because it’s just not good enough to people who need that protective equipment that we find ourselves in this position.”

Court papers show the Government awarded the £252.5 million contract to Ayanda on April 29, with £41.25 million payable on commencement to secure the manufacturing capacity.

Ayanda Capital also supplied 150 million masks of another type, which the Government says are unaffected but will be subject to further testing in the UK before any are released for use in the NHS.

The Government disclosed in court papers that the original approach to sell the masks came from a businessman called Andrew Mills, director at a company called Prospermill, which had secured exclusive rights to the full production capacity of a large factory in China to produce masks and offer a large quantity almost immediately.

The legal document revealed Mr Mills requested DHSC’s contractual counterpart should be Ayanda rather than Prospermill, because Ayanda already had an established international banking infrastructure that could be used to effect the necessary payments overseas, whereas Prospermill’s own bank had indicated it could take some time to set this up on its own account.

The Government also said in court papers that Mr Mills is an adviser to the UK Board of Trade and a senior board adviser at Ayanda.

Mr Mills told the BBC his adviser position played no part in the award of the contract.

Jolyon Maugham, director of the Good Law Project, said: “Good Law Project wrote to the Government on three contracts, each worth over £100 million pounds, with respectively a pest control company, a confectioner and a family hedge fund.

“Each of those contracts has revealed real cause for alarm – including, on Ayanda, that around £150 million was spent on unusable masks. What other failures remain undiscovered?”

Julia Patterson, founder of EveryDoctor, said: “It is horrifying that during the worst crisis in the NHS’s history, the Government entrusted large sums of public money in the hands of companies with no experience in procuring safe PPE for healthcare workers.”

Liberal Democrat MP and chairwoman of the all-party parliamentary group on coronavirus Layla Moran said a clear strategy for procuring PPE was needed urgently, adding: “The Government has serious questions to answer over this shocking waste of taxpayers’ money.”

A Government spokesman said: “Throughout this global pandemic, we have been working tirelessly to deliver PPE to protect people on the front line.

“Over 2.4 billion items have been delivered and more than 30 billion have been ordered from UK-based manufacturers and international partners to provide a continuous supply, which meets the needs of health and social care staff both now and in the future.

“There is a robust process in place to ensure orders are of high quality and meet strict safety standards, with the necessary due diligence undertaken on all Government contracts.”

On its website, Ayanda Capital says it is “a family office focused on a broad investment strategy”, adding: “We focus on currency trading, offshore property, and private equity and trade financing.”

Department of health and social care