Keir Mudie: Whether you're Leave or Remain Boris Johnson suspending Parliament is wrong

What did you expect? Seriously? This is not a normal prime minister, backed by not normal advisers operating in not normal circumstances.

Now he’s gone and done something not normal. A move like this has been coming a mile off. Shutting Parliament.

One of the endearing, and maddening, things about the left is this ­insistence on ­co-operation.

There’s a tendency to dither and discuss rather than take action.

The off-season this summer has been a ridiculous parlour game about who would lead a Never Going To Happen Government of National Unity.

Ken Clarke, they said. Everyone likes him. Hilary Benn would be good. He seems nice. Or what about Harriet Harman? Waste of time. 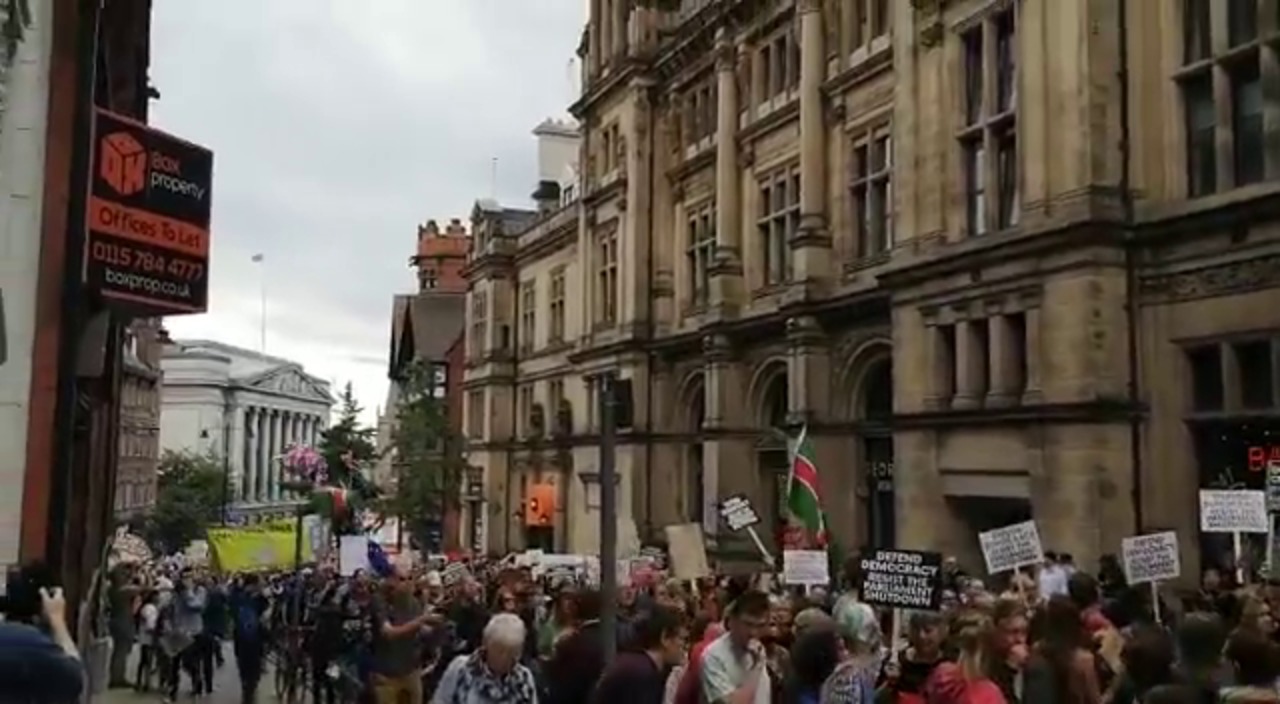 Meanwhile, Boris Johnson was busy preparing. So as the leaders of the “rainbow opposition” finally stopped squabbling and got together in Church House to sign letters, pose for photos, drink tea, etc, Mr Johnson was ready.

For a few hours, the news agenda was dominated by the fact the ­opposition had found a way forward. Then he does it. Suspends Parliament.

You can dress this up any way you want. That it’s totally normal to suspend Parliament. People will still be able to debate Brexit, that there’s plenty of time for all that. But it’s really not.

Whatever side of the Brexit debate you’re on, this is wrong and attacks everything we all should stand for.

You can talk to Leavers about the dangers of leaving without a proper deal, the lack of medicines and citizens rights, and the chaos to come.

They will glaze over then say: “It will be OK if we just roll our sleeves up.”

Likewise, you can talk to Remainers about getting powers back, ­negotiating our own trade deals, and the danger of not respecting democracy and they will go similarly blank before they say: “But I don’t want us to leave.”

But however dug in your position is we all have to agree on this one. What Mr Johnson has done is wrong.

This is a device to make sure Parliament can’t properly scrutinise any withdrawal agreement, or reduce the chances of introducing measures to guarantee we have to leave with a deal.

The Speaker has already called it a constitutional outrage and he’s right. You know who else agrees with him? Half the cabinet. Or they did, before they all got pay rises.

In June Sajid Javid said of ­suspending Parliament: “You don’t deliver on ­democracy by trashing democracy.” On Thursday he said: “No comment.”

In June brave, principled Matt Hancock said: “Prorogation would mean the end of the Conservative party.”

On Thursday, to the same issue: “Morning, how are you? Sorry. How are you?” The defenders, ladies and gentlemen, of our democracy.

Coronavirus: I don't regret what I did, says Dominic Cummings

A history of sex in video games: When has it crossed the line? – The Next Web