Keep talking, try toys and trust yourself: how to have fantastic sex in old age

“In therapy it’s not unusual to come across couples where the sexual relationship has gone off the boil completely for years, for various reasons,” says Ammanda Major, head of service quality and clinical practice at Relate. “That might be physical, emotional, it might be to do with the relationship. People might be thinking, ‘I’ve got another 20, 30 years perhaps, and I don’t want it to be like this.’” It is, she adds, “never too late” to have a fulfilling sex life. Here, then, is how to keep going for longer.

Say what you want

If this feels really awkward, Major recommends just asking for a conversation about sex as the first step. She suggests saying something like: “I’d like to understand how you feel about stuff, and whether you feel you’re getting what you need. I’d really like to share with you how I’m feeling. Can we do that?” This is the opportunity to say what you do and don’t like. Practise it out loud alone to see how it sounds – you don’t want an accusatory tone. “All of us have desires, fantasies and preferences,” says Kate, who in her early 70s is having “the best sex of our lives” with her girlfriend Lindy. Embarrassment can stop us saying anything, she says, “but if not now, when?” If it really does feel too mortifying, she advises writing a note – something, she adds, that “sometime later, could be read out loud for a juicy suggestion or a fun spark. However this conversation happens, our bodies and desires change as we live. What was fun at 30 might be a bore now.”

But know what you want first

It’s about recognising that things change, and like any change in a relationship you need to be talking about it

For people in new relationships, particularly after divorce or bereavement, “don’t assume what happened in the last one will work here,” says Major. Even in a long-term relationship, don’t make assumptions. “Their needs may well have changed. It’s about recognising that things change, and like any change in a relationship you need to be talking about it and seeing, ‘How does this feel? What do we both want to happen now?’”

It’s not exactly the rampant must-have-you-now passion that may have worked before, but making a plan can be sexy in its own organised way. “We are past the age of pure spontaneity and that’s OK, we can make sex better this way,” says Kate. She and Lindy “often talk about being together a day in advance, or that morning. We might send a couple of texts with bold or funny thoughts. I’ve sent photos.” Think about what kind of scene you want to set, she advises. “Lights? Windows open? Music? A book to look at together with erotic photos or art? Imagination and anticipation are good aphrodisiacs.”

That said, spontaneity still works for many couples. “In our 50s and 60s we would regularly go out in the car for a pint, planning to stop at a secluded spot for sex on the way home,” says Stuart, who is in his early 70s and has been married more than 50 years. “This is a real turn-on. Spontaneous sex, say in the kitchen, is also important.” The benefit of later-life sex, of course, is that any adult children should have (hopefully) moved out.

Expand your idea of ‘sex’

For couples who are used to penetrative sex, there may come a point when it is no longer comfortable. “Let go of the idea that the only ‘real’ sex is intercourse,” says Joan Price, ageless sexuality advocate and author of Naked At Our Age: Talking Out Loud About Senior Sex. “Use oral, fingers, vibrators. Instead of thinking of it as limiting sex, think of it as expanding sex to include all these other wonderful ways that you can find pleasure and arousal.”

Orgasm may not be the goal as it once was. “Focus on pleasure and sensation,” says Price. “Take the anxiety out, the expectation out. And say, I’m just going to enjoy this. And it’s much more likely that orgasm will happen if it’s not surrounded by anxiety.” Maybe some positions aren’t as comfortable or work for you in the same way now. “There are many other positions, there are activities that will let you be the most comfortable and still receive pleasure.”

Kindness and affection as (unintentional) foreplay

“Sex isn’t just about what you do at the end of the day in bed,” says Major. “Being kind to each other during the day can be a great promoter of positive sexual energy or connection later on.” Sexual difficulties, she says, are often a sign the relationship is in trouble. “Be mindful if your sexual relationship has gone into the doldrums completely. Are our relationship problems driving the sexual problem, or are sexual problems driving the relationship problems?” For Stuart, kissing “as a turn-on and as a regular sign of affection is very important”.

I can’t speak highly enough of vibrators, they are the key to orgasm in so many cases

“I can’t speak highly enough of vibrators,” says Price. “They are the key to orgasm in so many cases because we may need more sensation than we can get with our partner. We may need just that extra intensity.” Stuart didn’t have problems getting or maintaining an erection in his 50s and 60s, but has started noticing this in his 70s. “I do on occasions use a cock ring, which helps in maintaining an erection,” he says.

We are surrounded by images of youthful beauty, says Major, and the message that only that is considered sexy. “You can’t get away from the ageing process so how do we accept it?” she says. “One thing that keeps one’s sex life alive is being completely happy and content with your own and your partner’s body,” says Stuart – life as a naturist has helped, he adds. “We never feel embarrassed when naked together.”

“Accommodating our bodies, trying something that doesn’t quite work – let yourself laugh,” says Kate. “It might just be the best kind of intimacy, and a bond of trust. It’s a reminder that life is good with someone who’s lived it a little.” 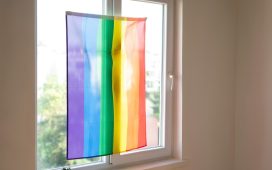 Voices: How my homophobic dad became an LGBT+ ally 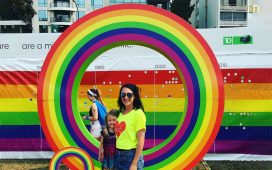 Blind date: ‘I left his place the following morning, so you fill in the blanks’

I’m a recovering addict and my wife keeps telling our family and friends. Is she right? | Leading questions

Why should poor park home residents miss out on £400 energy grant? | Brief letters 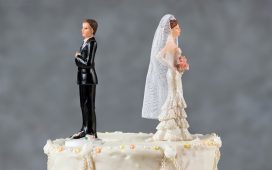 1 in 4 Britons don’t think they will meet the ‘right’ person to marry, survey shows