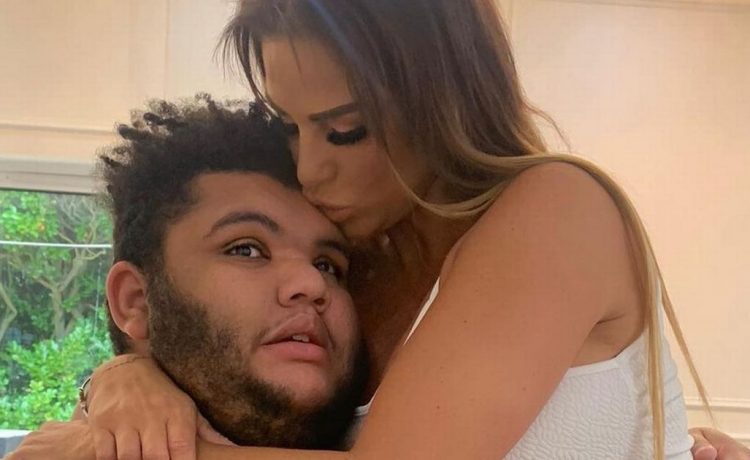 Katie Price has opened up on her decision to put her son Harvey into full-time care to make him more independent, as she revealed how reliant he is on her.

The former glamour model, 42, said Harvey, 18, would smash car windows and attack his drivers when they attempted to take him to school.

Harvey has Prader-Willi Syndrome, autism, is partially blind and was born with a rare disorder called septo-optic dysplasia, which affects brain function, hormones and vision.

Speaking on Radio 4’s Women’s Hour on Thursday, Katie said: “The crisis point was the point that my windows were getting smashed every morning because he wanted to be with me.

“He knew, because he was big and strong, that he’d smash a window and then the driver wouldn’t have him in the car because he’d go and smash the windscreen of the car, or he’d start attacking the driver.

“He’d do that because he knew if he did that, he’d be at home with me because they wouldn’t take him to school.”

Katie also revealed that her family were often woken up by Harvey in the middle of the night as he went through the kitchen looking for food.

She continued: “He wakes everyone up at night – it’s always disturbed sleep. In the morning it looks like he’s had a party for one.

“He raids cupboards to find whatever food he can find.”

Katie added: “He’s been waking the kids up all the time and he’d go for the kids. You don’t want them worried. It was a crisis.”

She went on: “It’s very challenging but also very rewarding but I would not change him for anything.

Katie has applied for Harvey to live at National Star long-term living accommodation in Cheltenham, which provides education for people aged 16-25 with “complex disabilities”.

The mum-of-five says she wants him to learn social skills and become independent.