Katie Price PIC EXC: Star displays her bruised visage as she jets out of Turkey after face lift 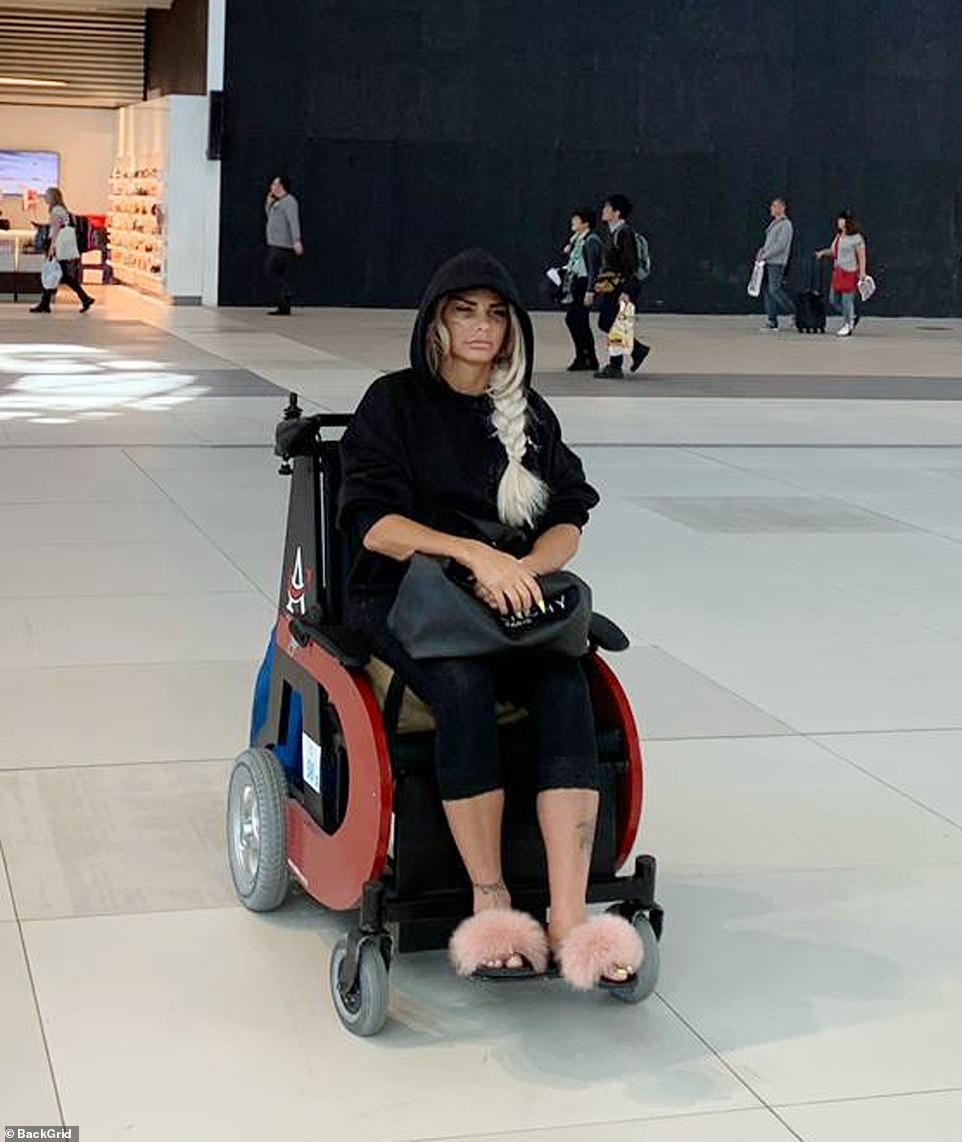 Katie Price PICTURE EXCLUSIVE: Star displays her bruised visage as she jets out of Turkey after face lift… before she’s showered with flowers from son Harvey, 16, and beau Kris Boyson on her arrival back in the UK

By Rianne Addo For Mailonline

Katie Price displayed her heavily bruised visage as she was pictured jetting out of Turkey’s Istanbul Airport following her face lift on Saturday.

The former glamour model, 40, who also underwent an eyebrow lift procedure, looked frail as she was pushed around terminal by airport staff before leaving the country.

Mother-of-five Katie appeared in great spirits when she arrived back in the UK following her intensive surgery as she was greeted by her toyboy beau Kris Boyson, 30, and her eldest son Harvey, 16, at her West Sussex abode.

Earlier this week, Katie tried to hide her face as she shared a cosy snap with her family after returning home over the weekend.

The former glamour model took to her social media platform to post a picture of herself with her toyboy beau Kris Boyson, 30, and children – Junior, 13, Princess, 11, Jett, five, and Bunny, four.

However, the blonde attempted to keep a low profile after she was pictured earlier in the day bloodied following her face lift.

Revealing her fifth child Harvey, 16, who was absent from the snap, was in bed at the time, she captioned the image with: ‘#ad Harvey in bed but the rest of us watch BGT,’ she went on to promote her sofa and the company she bought it from.

However, Katie’s followers were quick to ask and comment why she was hiding her face in the pictures, as well as how she was able to return home so quickly from Turkey.

It has been reported that she had undergone a face lift, eyebrow, eyelid surgery, as well as a tummy tuck and bum implants during her time in the .

The snap comes after Katie jetted to Instabul, Turkey, on Wednesday to undergo cosmetic surgery, after she was left feeling ‘insecure’ about her two stone weight gain.

A source told MailOnline: ‘Katie’s gone to Turkey for a procedure because she wants to sort her recent weight gain.

‘She’s been insecure since putting on weight so is planning some work to help regain her confidence. ‘