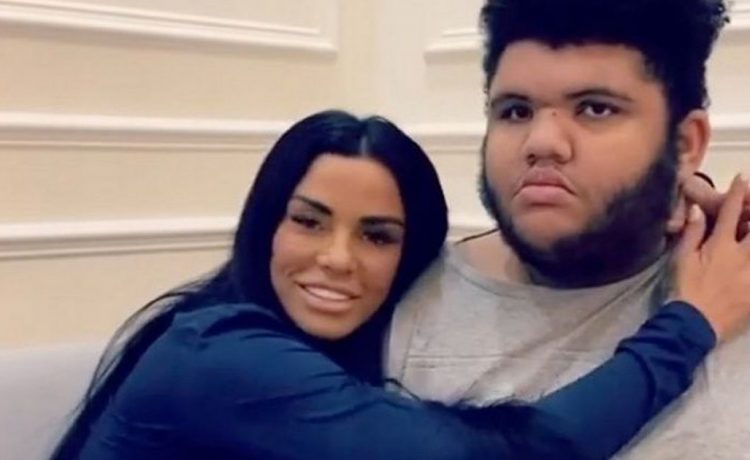 Katie Price is reportedly fuming with ex Dwight Yorke after the former football star allegedly did not get in touch as their son Harvey continues his hospital fight.

Yorke is understood not to have seen Harvey since he was a toddler.

Harvey, 18, remains in intensive care after being rushed to hospital on Sunday with breathing difficulties.

Yesterday he had reportedly settled into a stable condition.

Visiting hours have been limited due to the coronavirus crisis.

Katie shared an update today, revealing that he is still in intensive care, but “more comfortable” and is being “brave and strong.”

Harvey has Prader-Willi Syndrome, is autistic and partially blind.

Doting mum Katie is said be enraged over Dwight’s alleged failure to contact her.

A source told The Sun that Dwight is “just ignoring the whole situation”.

They added that Dwight “found the time to call into TalkSport” radio station – which they say has added insult to injury for worried mum Katie.

Mirror Online has contacted reps for Katie and Dwight for comment.

Katie has also reportedly been “preparing for the worst” after the dash to hospital.

“She’s been here before, but this time it’s far more serious,” an insider told The Sun.

“She’s trying to be tough and strong, but inside she’s falling apart and feeling helpless.”

Harvey’s half brother and sister, Junior and Princess Andre, have sent messages of support.

Katie’s ex and their dad, Peter Andre, has also shared his support – Katie promised to keep him updated on Harvey’s condition.