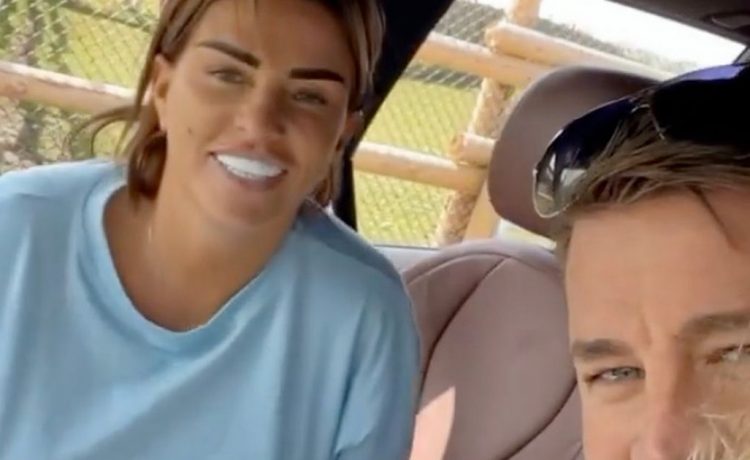 Katie Price and Carl Woods were all smiles as they headed out for the day to a safari park.

The bride and a groom-to-be were joined by her three youngest, Princess, 13, Jett, seven and six-year-old Bunny as they fed the passing animals seeds from the window of their car.

And marking the day with a selfie, Katie could be seen with a dazzling rock on her ring finger.

And West Midlands Safari Park were glad to have them, thanking them for coming in the comments.

She’s set to become Mrs Woods after Carl got down on one knee.

They’ve been going strong since the summer last year, Carl caring for Katie after she broke both her feet and winning the approval of her five kids.

The former Love Island star is even said to have earned a thumbs-up from her ex-husbands Peter Andre and Kieran Hayler.

And Katie told that before popping the question, he went to her family for permission first.

This included asking Junior, 16, Katie’s son with Peter and her second eldest.

“We’d spoken about it a lot,” she told OK! magazine, “so I knew he was going to, I just didn’t know when.

“It was amazing. Carl asked my mum and dad for permission – and Junior!”

She added: “It’s refreshing to be with a man that if I decided I never wanted to work again, he’d look after me. I just love him.”

The happy couple also shared their engagement joy on Instagram, writing: “We’re engaged! See the full story and photos in next week’s @ok_mag.

“Check out our Instagram stories for more infoCredit: copyright @ok_ma@glenngratton#mrswoods.”

Carl will be Katie’s fourth husband.

She was wed to Peter in 2005 after they found a spark on I’m A Celebrity, but split four years down the line.

She was also married to Alex Reid between 2010 and 2012, and tied the knot with Kieran Hayler in 2013, from whom her divorce was finalised earlier this year.

With Peter she shares Junior, 15, and Princess, and has Jett and Bunny with Kieran. 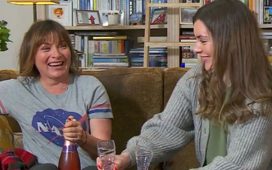 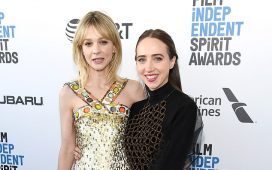 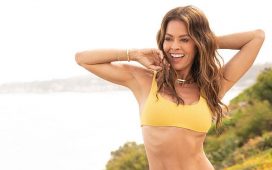 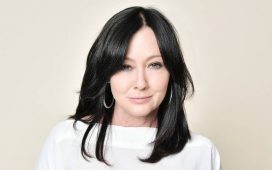 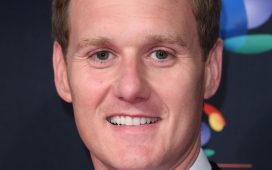 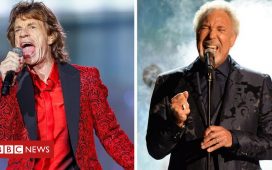 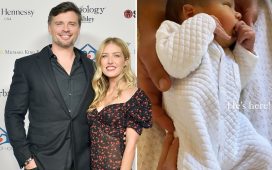 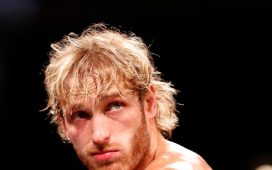