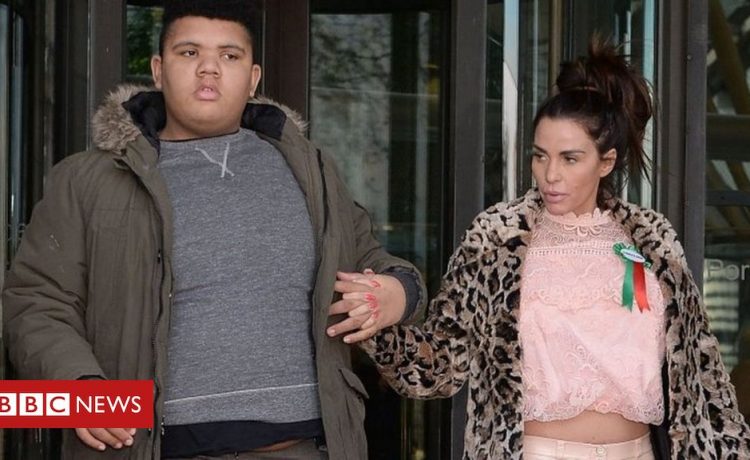 Former model and reality TV star Katie Price is talking to MPs later as part of an inquiry into online abuse.

She is appearing virtually to discuss her experiences, after previously highlighting the trolling that her son Harvey, who has disabilities, received.

The PM said last month the government was “working at pace” on new legislation against “online harms”.

But Lord Puttnam, chairman of the Lords Democracy and Digital Committee, said earlier this week that the government’s landmark online protection bill could be delayed for years.

The Online Harms Bill may not come into effect until 2023 or 2024, he warned. The government, however, said the legislation would be introduced “as soon as possible”.

MPs are calling for evidence as part of their new inquiry, “Tackling Online Abuse”, from campaigning organisations, legal professionals, social media companies and other experts.

Ahead of the committee meeting, Labour MP Ms McKinnell said online abuse was a “silent menace” and the inquiry was “an eleventh hour bid” to put a stop to it.

“With social distancing rules, people are spending ever more of their lives online,” She said.

“The importance of doing something about this issue before it causes more damage is greater than ever.

“If we don’t take action soon, then there is a real risk that a whole new generation will be irretrievably exposed to and harmed by online abuse.”

Ms Price – who used to be known as Jordan – appeared before the Petitions Committee in 2018, after more than 220,000 people signed her petition to make online abuse a criminal offence.

Ms McKinnell said she was “pleased” to welcome Ms Price back to the committee, with her mother Amy, after showing her “bravery” last year in sharing her personal experiences.

She said it will “shine a light on key issues” and help their inquiry “find practical and technological solutions to the problem”.

It comes after The Only Way is Essex star, Bobby Norris, spoke to MPs to share his experiences with homophobic abuse.

More than 133,000 people signed his petition on tackling trolling.

Addressing the issue of “online harms” in the Commons last month, Prime Minister Boris Johnson said: “There is a real risk that, during the lockdown, terrible things have been going on behind closed doors and closed curtains in this country on the internet.

“We had a summit on the matter in Number 10 recently, and we are working at pace, as he knows, on new legislation against online harms.”

Elsewhere, Ofcom’s boss has said the watchdog will not hesitate to impose fines on social media firms who fail to deal with harmful content, if, as expected, it is appointed as regulator.