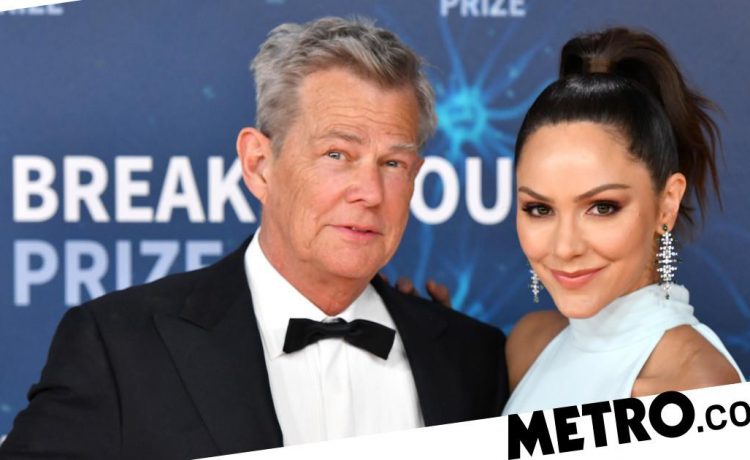 Katharine McPhee and her husband David Foster have welcomed their first baby together.

The Smash actress has given birth to a baby boy, with a representative confirming the happy news.

A spokesperson for the couple told People: ‘Katharine McPhee and David Foster have welcomed a healthy baby boy. Mom, Dad and son are all doing wonderfully.’

The little one is Katharine’s first child, while David has five other children – daughters Amy, Erin, Sara, Jordan, and Allison.

Katharine, 36, recently revealed she was having a boy with her husband, 70, as she opened up to Roxy Manning and Tammin Sursok on their Women on Top podcast.

‘Now that I am having a boy, there are different things I need to worry about to teach him versus the things I would be thinking about with a girl,’ she explained.

‘But it’s kind of refreshing because I feel like I don’t need to think about those societal “this is the way you look.” I think men have different issues and different things to worry about.’

It was first reported that the pair were expecting a baby in October last year, with Katharine confirming the news in December with a gorgeous snap where she cradled her baby bump.

Since, the star has been sharing updates throughout her pregnancy, posting a photo of her baby bump this week as she rocked a stunning floral dress.

Katharine and David tied the knot in 2019 after a year-long engagement. The couple held an intimate wedding ceremony at the St Yeghiche Armenian Apostolic Church in Kensington.

Meanwhile, the star previously defended the 34-year age gap between her and David, after she was grilled by Piers Morgan during an interview on Good Morning Britain last year.

She explained: ‘I know I’m the one to tame the beast. We both tamed each other, we have a lot in common. We obviously know we have a big age difference but we don’t need to talk about that.’


MORE : Katharine McPhee, 36, is ‘pregnant’ as she prepares to welcome first child with husband David Foster, 70

READ  Angelina Jolie breaks silence on split from Brad Pitt: 'For the wellbeing of my family'
Share on FacebookShare on TwitterShare on PinterestShare on Reddit
newsgrooveFebruary 25, 2021