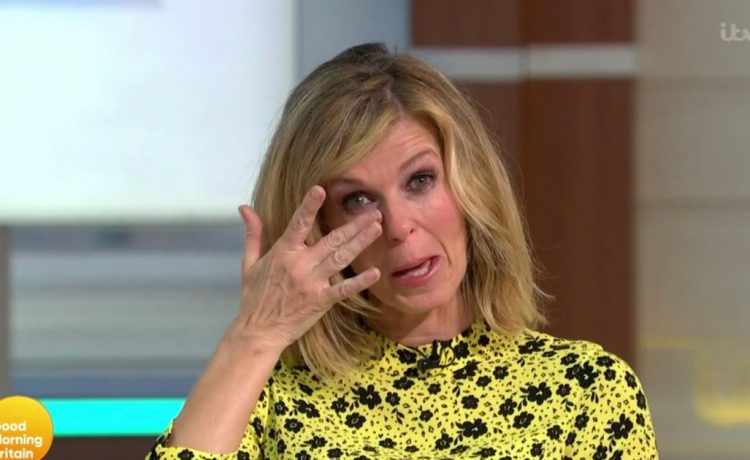 Kate Garraway says she screamed with joy the first time she got to video call her husband Derek Draper after he woke from his coma.

Derek, 53, has been in hospital for a year following his battle with coronavirus, with wife Kate only getting to have a conversation with him properly via video chat six months in.

As he was reunited with his loved ones on the call, Derek appears to cry as he sees his family for the first time since being in hospital.

And in a touching clip which will be shown in Kate’s new ITV documentary, Finding Derek, Kate screams “we’ve got him back” before sighing with relief as she and her children Darcey and Billy speak to Derek via and iPad.

According to medical experts, Derek had the worst coronavirus infection of any surviving patient.

Sadly because of lockdown, Kate has not been allowed to visit him since Christmas and has been communicating with him via an iPad since the New Year.

It’s then that she shared the moment they finally got to speak to him after he was placed into a coma months earlier, with an emotional Kate telling him how proud she was of him.

“We’ve been waiting a long time to speak to you. I’m so proud of you, so proud. You are so brilliant and every day you’re getting closer to coming home and being with the kids.”

She added: “You’re brilliant, well done,” before Billy and Darcey showed off their dance moves as he watched from his hospital bed.

Kate recently spoke exclusively to The Mirror ahead of the doc airing, and confessed her husband had “slipped back” with his progress, sharing her fears for what this could mean.

She said: “Things have regressed a little bit this year since January, but how much that is to do with the restrictions of not being able to visit, is unclear.

“And I’ve felt like I’m sort of hanging over the side of a ship, trying to hold onto him, so that when he kind of bobs up from this ocean of unconsciousness, you can see him sort of click in and you don’t know whether it’s because he can suddenly find a way to get out.

“Even if you don’t really know if that’s true. But I just think ‘I just want him to know that so that when he disappears back down, he’s got some hope there’.”