By Rebecca Davison for MailOnline

Kate Ferdinand took to Instagram Stories to talk about her healthy lifestyle on Sunday as she promoted her new book, Fitter Happier, Healthier.

And using the Ask Me Anything feature, the workout fanatic revealed she never weighs herself, so the scales don’t send her on a downward spiral, but admitted she’s now the ‘happiest she’s ever been.’

When asked, she replied: ‘Never. I hate weighing myself. I don’t think I have for years. PT’s have, but I don’t look. 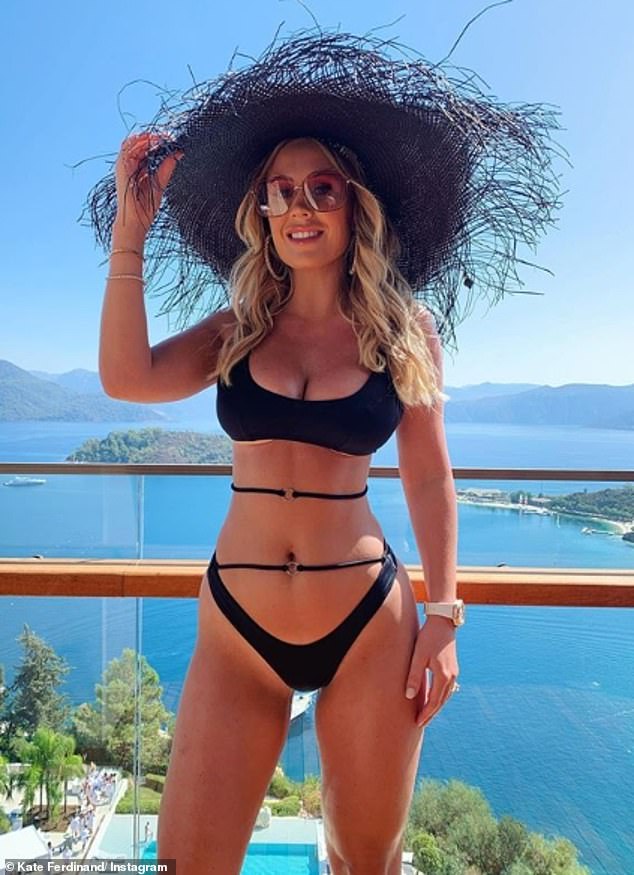 ‘As women, our bodies fluctuate so much and I don’t think the scales are a true representation of what we really are.

‘They can send us in a downward spiral. I know how I feel in my clothes and that’s how I measure myself.’

During the chat, Kate, 28, admitted she does treat herself to things like chocolate, saying: ‘Balance is key’ and she loves crispy shredded beef from the chinese. 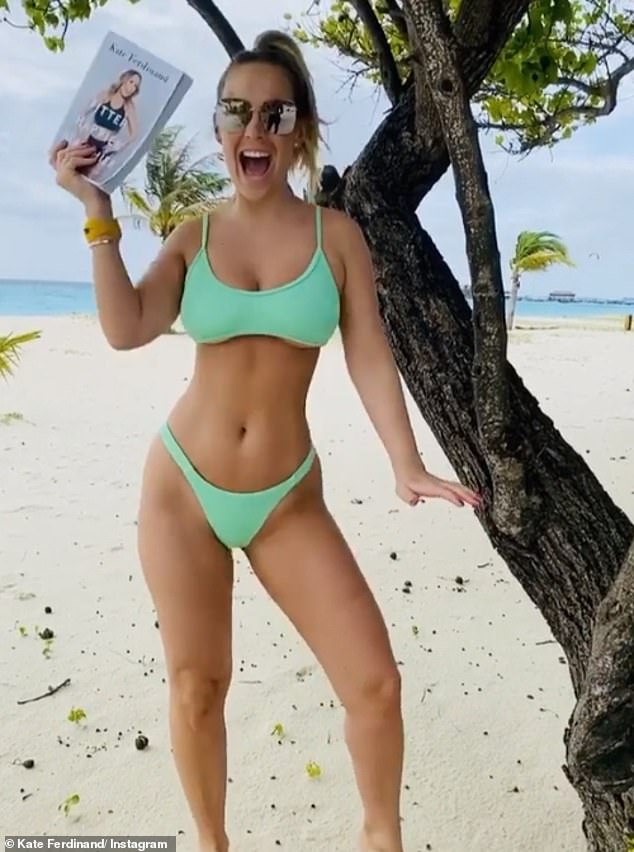 She said: ‘As women, our bodies fluctuate so much and I don’t think the scales are a true representation of what we really are’

And talking about working out, she said: ‘I just generally feel better and more relaxed when I work out, it’s that simple.

READ  Will 'The OC' be returning to our screens?

‘I know if I have a workout in the morning I’m ready to take my day on, full steam ahead.

‘I just think about how good I will feel after and that normally gets me in the gym. 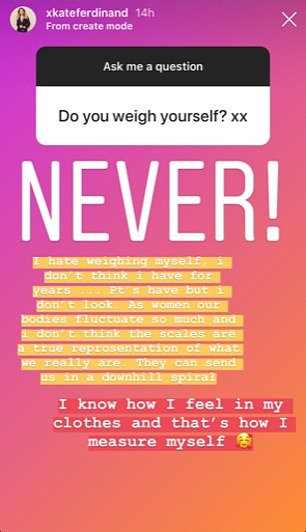 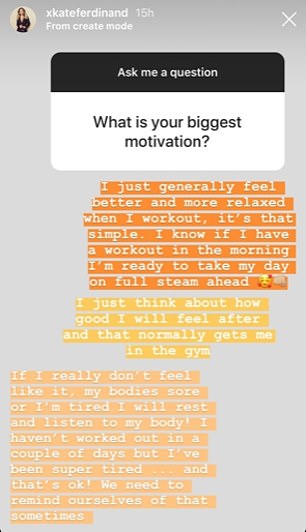 More to say: Kate revealed more about her health and fitness lifestyle on the social media site 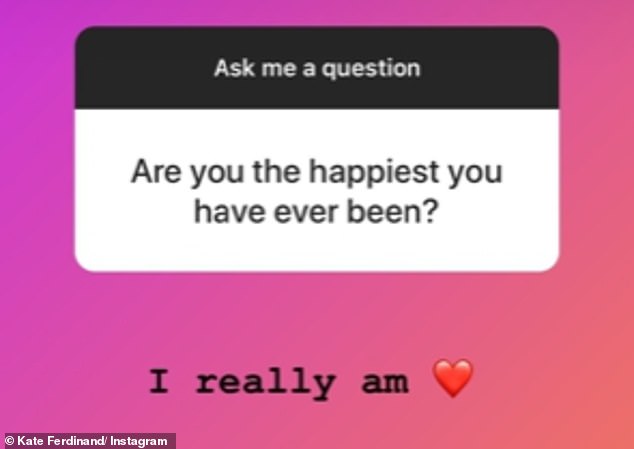 Happy: She also spoke about being at a good point in her life right now

‘If I really don’t feel like it, my body is sore or I’m tired, I will rest and listen to my body! I haven’t worked out in a couple of days but I’ve been super tired and that’s OK!’

Kate also seemed to contradict herself when she denied that she only eats one sandwich a year, saying ‘don’t believe what you read.’

Her book reads: ‘One thing I rarely eat is sandwiches…

‘I never feel like there’s any goodness in them. The only ones I do have sometimes are the Christmas sandwiches with turkey, stuffing and cranberry. I may have one, once a year as a festive treat, but that’s my lot.’ 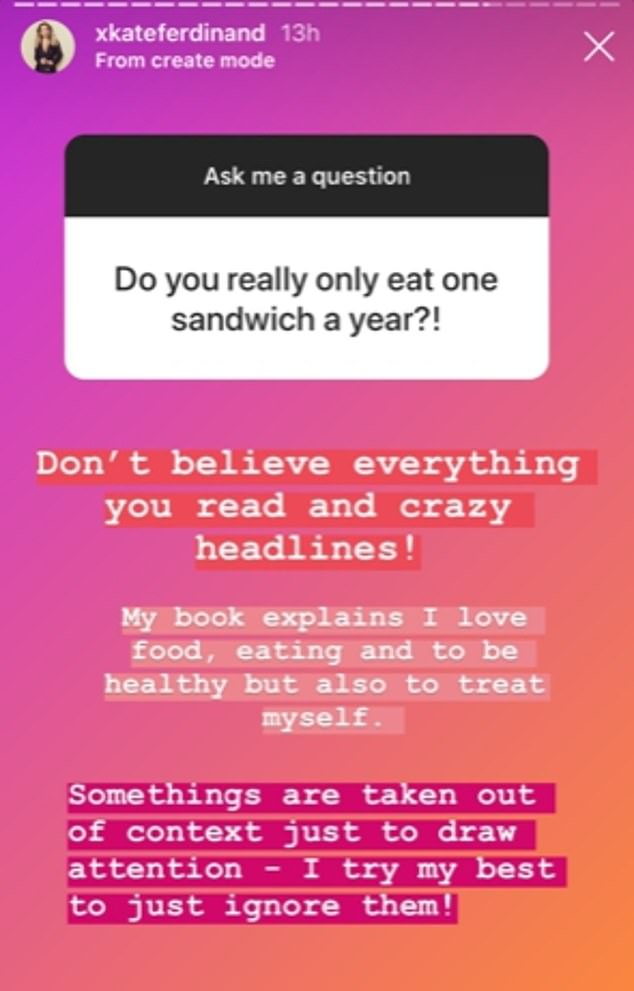 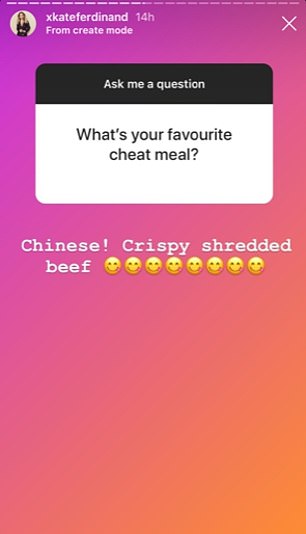 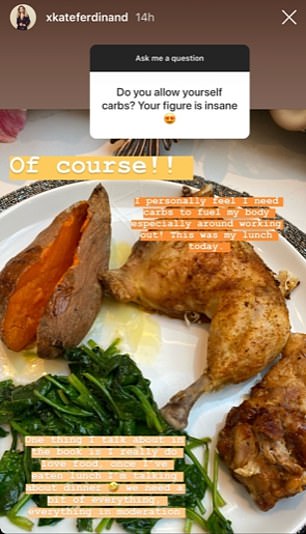 She’s only human: She proved she’s just like us when she confessed to a love of chinese takeaways and carbs