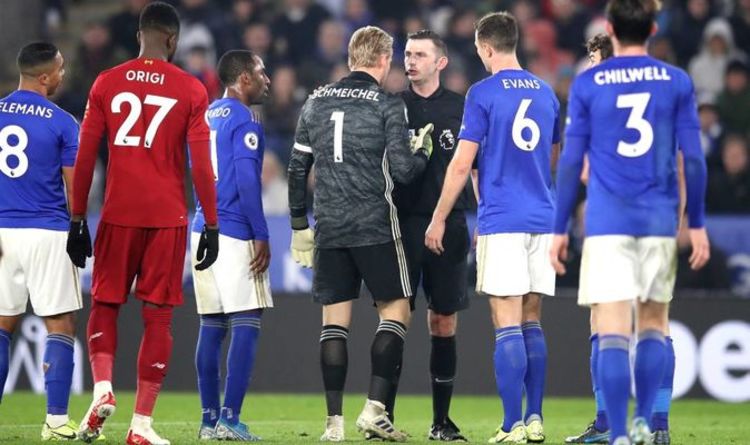 Schmeichel then went back to the subject of Oliver and the penalty decision, as he brought up Sky Sports’ referee pundit Dermot Gallagher.

“What’s his name, Dermot [Gallagher], he’ll be on Sky saying ‘oh, it’s a great decision, the referee was brave’ or something like that.

“I don’t know what he’s supposed to do. His arm’s down by his side, it’s been flicked off someone at the front post, he’s got less than a millisecond to react.

“He’s [Oliver] desperate to give it, and once he gives it, VAR’s never going to overturn it is it?”

READ  Shrewsbury vs Liverpool prediction: How will FA Cup fourth-round tie play out?
Share on FacebookShare on TwitterShare on PinterestShare on Reddit
newsgrooveDecember 27, 2019