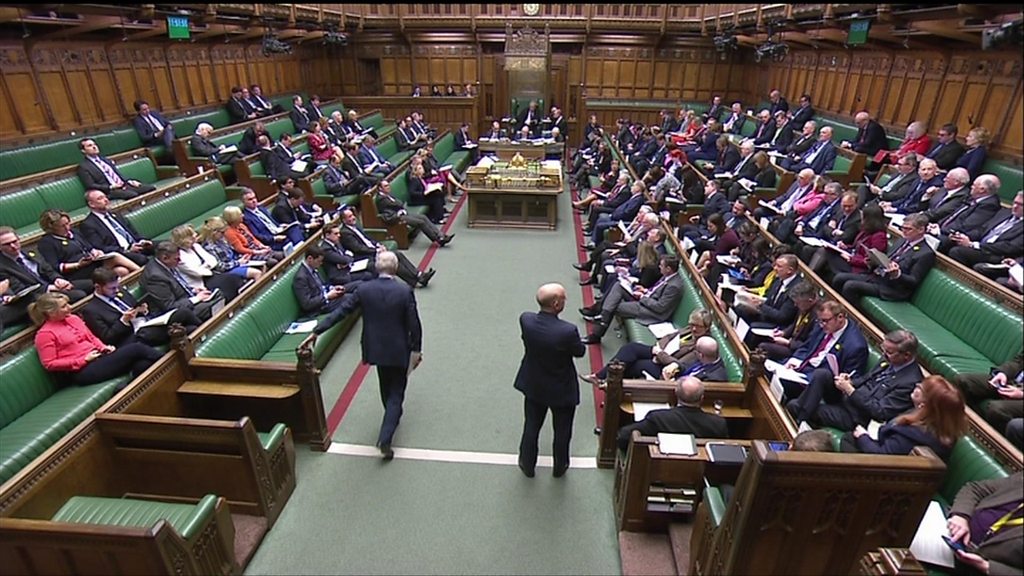 Victims’ families have called for the Northern Ireland secretary to resign over comments she made about the Troubles.

Karen Bradley said that killings at the hands of the security forces were “not crimes”.

She later clarified that “where there is evidence of wrongdoing, it should always be investigated”.

John Kelly, whose teenage brother Michael was killed on Bloody Sunday, described her remarks as “outrageous”.

“Her place now is untenable – she should go,” he told the BBC.

Thirteen people were killed on Bloody Sunday in January 1972 after troops opened fire, and another died of his injuries some months later.

John Teggart, whose father was killed in the 1971 Ballymurphy shootings, also said the secretary of state should resign.

“What Karen Bradley said is that the soldiers who murdered my father – 14 bullets went through his body, ripped chunks out of his body – that soldier acted in a dignified and appropriate way.

“For Mrs Bradley to come out with insulting, despicable insults to families, it’s an absolute disgrace.”

Irish deputy prime minister Simon Coveney is to meet Mrs Bradley in London on Wednesday evening, where they will be discussing her comments.

“The position of the Irish Government is clear,” his department said.

“There should be effective investigations into all deaths during the Troubles, regardless of the perpetrator.”

Karen Bradley is publically interfering with the rule of law. No-one has the right to deliberately pressure or intervene with due process. She should resign.

Speaking in the House of Commons on Wednesday, Mrs Bradley was responding to a question from DUP MP Emma Little Pengelly about legacy issues.

“Over 90% of the killings during the Troubles were at the hands of terrorists, every single one of those was a crime,” she said.

“The fewer than 10% that were at the hands of the military and police were not crimes.

“They were people acting under orders and under instruction and fulfilling their duty in a dignified and appropriate way.”

In a tweet, Mr Eastwood wrote: “Karen Bradley is publically interfering with the rule of law. No-one has the right to deliberately pressure or intervene with due process. She should resign.”

Sinn Féin deputy leader Michelle O’Neill tweeted: “These comments are an insult to families who have lost loved ones at the hands of the British army, state agencies and their proxies in the loyalist death squads which were directed by the British state.

“These offensive and hurtful comments should be withdrawn immediately.”

Democratic Unionist Party MP Sir Jeffrey Donaldson said there should not be a one-sided approach to dealing with the past.

“We have been involved in discussions with the government to support our veterans, against the witch hunts against them,” he said.

“However no-one should be above the law and all innocent victims deserve justice.”

Later on Wednesday, Mrs Bradley later returned to the chamber to clarify her comments.

“The point I was seeking to convey was that the overwhelming majority of those who served carried out their duties with courage, professionalism, and integrity and within the law,” she said.

“I was not referring to any specific cases but expressing a general view. Of course, where there is evidence of wrongdoing it should always be investigated whoever is responsible.

“These are of course matters for the police and prosecuting authorities who are independent of government.”

The son of murdered solicitor Pat Finucane, John Finucane, tweeted that her original comments were “indefensible”.

“Legally, politically and morally indefensible, yet is it really surprising to hear a [secretary of state] publicly express the contempt we know the British [government] had for lives here?”

Sir Desmond de Silva QC said the state had facilitated Pat Finucane’s killing and made relentless efforts to stop the killers being caught in a 2012 review of the murder proposed by the then prime minister David Cameron.

Mark Thompson, from victims’ organisation Relatives for Justice, said: “It is absolutely odious and reprehensible that they would stand up and say killings by the state are justified and that they are legitimate.”

The latest comments from Karen Bradley come at a particularly sensitive time, as an announcement is expected soon on whether any prosecutions will be brought in relation to the infamous Bloody Sunday killings.

Campaigners for victims of state violence in Northern Ireland were quick to slam the secretary of state’s comment that the security forces involved in killings were “fulfilling their duties in a dignified and appropriate way”.

Perhaps Mrs Bradley meant to use those words about soldiers and police officers who were found to have acted within the army’s rules of engagement, but as she delivered her remarks in the Commons she appeared to be granting absolution to all security force personnel regardless of the circumstances.

Whatever the case, there’s no doubt that as the Bloody Sunday announcement draws closer, the government is under pressure from many of its own backbenchers and DUP MPs angered over what they regard as a “witch hunt” directed at military veterans.

Less than an hour after Mrs Bradley spoke, Theresa May was on her feet dealing with the same issue, and confirming that the Ministry of Defence is considering potential legislation designed to ensure – in the prime minister’s words that “service personnel are not unfairly pursued through the courts”.

However those proposals are drawn up, you can expect they will provoke renewed controversy on either side of the debate over Northern Ireland’s troubled past.

Last year, Theresa May said that the system for investigating the past in Northern Ireland was “unfair”.

The prime minister said only people in the “armed forces” or “law enforcement” were being investigated.

However, in 2017, figures obtained by the BBC challenged claims that Troubles investigations unduly focused on those committed by the Army.