DOES KIM KARDASHIAN HAVE SIX TOES?

Kim has been accused of having six toes multiple times, as fans most recently made the claim after she posted a photo from her controversial birthday party in October.

The strange conspiracy involving the reality star began in 2019 when fans believed they spotted a bonus toe on her left foot.

In the most recent shot in question, the mother-of-four was seen strutting on the beach with her pal La La Anthony.

Fans quickly noticed something was off after Kim’s feet and wondered if she has an extra toe.

Back in September, Kim was forced to address speculation over her feet on Instagram after fans claimed they spotted an extra toe.

In a series of videos about her feet, Kim said: “Everyone thinks that I have six toes, and it’s really wild.”

After counting her five toes, the Skims founder explained that what people believed was an extra toe is just the side part of her foot.

She continued: “But it’s this, part of my foot, that when I wear a shoe just like this it like smashes down right here and in a picture.

“I don’t know why, it looks like a sixth toe.

“I hope that answered my sixth toe question. Because I only have five toes on each foot.”

READ  Bill Murray is back! Dan Aykroyd confirms co-star will return to the big screen in Ghostbusters 2020
Share on FacebookShare on TwitterShare on PinterestShare on Reddit
newsgrooveMay 6, 2021 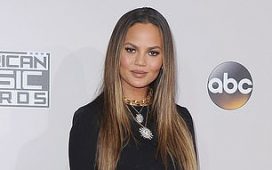