KANYE West shocked fans with a surprise Christmas gift on Friday as he suddenly dropped his new religious EP, Emmanuel.

The five-track Christian album is a “celebration of the birth of Jesus Christ” and includes the rappers’ Sunday Service choir group.

Kanye, 43, served as both executive producer and composer of the record which also features his signature voice.

In addition to exploring various religion themes, the new compositions are also inspired by sounds from ancient and Latin music.

The 12-minute album is named after a Biblical prophecy from the Gospel of Matthew and each track references the Bible as well.

Emmanuel comes after the rapper promised he would drop his album, DONDA, on July 24.

Fans believe he postponed its release due to the massive success of nemesis Taylor Swift‘s surprise album, folklore – which dropped on the same day.

To this day, DONDA – which is named after Yeezus’ mom – has not yet been released with no details on if or when it will finally come out.

Grammy-winner Kanye first delved into the religious music space with his 2019 project, Jesus Is King – which was also released on Christmas.

Due to the events massive success, he moved the invitation-only ceremonies from the Calabasas property he shares with wife Kim Kardashian to a U.S. and then international tour.

Kim and their kids joined Kanye at a Sunday Service at their Wyoming ranch in August.

The Keeping Up With the Kardashians star took to Instagram to document the rapper’s alternative church event as it took place for the first time since the COVID-19 pandemic.

She kicked off her Instagram Stories by filming a man walking to a piano as the Sunday Service choir followed behind as their kids danced along.

Kanye’s famous family is currently celebrating Christmas together in Lake Tahoe but in the SKIMS founder’s latest Instagram post, the Yeezy mogul was noticeable absent.

She captioned the shot: “Tahoe w the fam.”

“Getting festive with our garlic bread tonight. Made by me and North and Chi,” she wrote alongside a snap of bread shaped like a Christmas tree.

I’m not getting any younger…I want a husband & baby in 2021, says Katie Price

Louise and Jamie Redknapp reunite for Christmas celebrations with their sons

LadBaby bags Christmas No1 for THIRD year in a row – beating Mariah & Wham!

The Simpsons has 11 ‘predictions’ that could still come true

Kanye’s apparent absence from the family holiday comes amid claims he and Kim plan to reunite at the Wyoming ranch for Christmas.

After a tough year that saw Kanye’s failed presidential bid put a strain on their marriage, the two are now allegedly “content” being apart.

However, after spending time in different states, the family was expected to come together to enjoy Christmas together.

Kim Kardashian shares video from Kanye West’s Sunday Service at Wyoming ranch as she fights to save troubled marriage
READ  'For so long I was just so angry': Singer Thelma Plum returns with 'therapeutic' new song 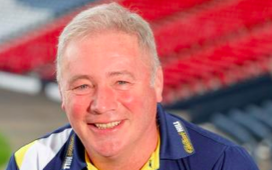 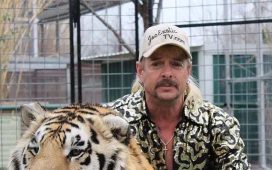