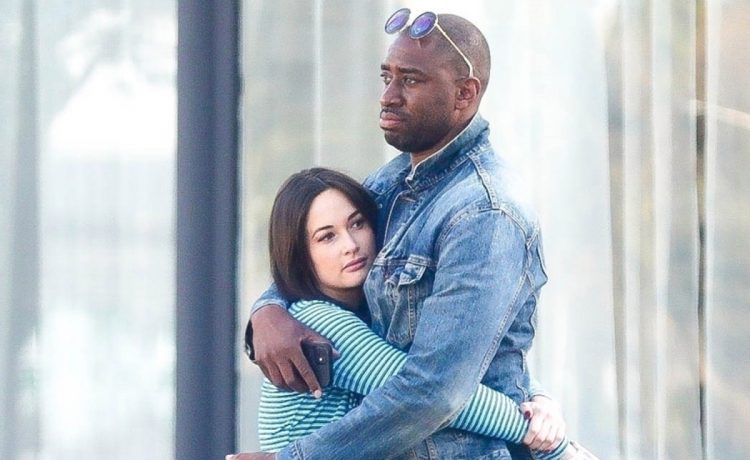 KACEY Musgraves cuddled up to her new boyfriend Dr Gerald Onuoha – nine months after her divorce from Ruston Kelly.

The singer – who announced her divorce to Ruston in July 2020 – looked the picture of happiness with her new beau.

she let her black hair fall down as she carried a white handbag in one hand.

Dr Onuoha kept it cool in his double-denim number, sporting blue jeans and a matching jacket.

He completed the look with a blue top and a Gucci belt.

The pair looked completely loved up, with them hugging on the sidewalk while they waited for an Uber.

Once the car arrived, the pair walked off together.

Kacey sparked rumours she was dating the doctor after he featured on her Instagram Stories.

Gerald is the first person Kacey has been linked to since she settled her divorce to Ruston Kelly in 2020.

Musgraves cited “irreconcilable differences” when the couple split up.

“The Wife would show unto the Court that although the parties still have love and respect for one another, the parties wish to terminate the marriage and they acknowledge and agree that they are experiencing irreconcilable differences in their marriage,” according to court papers obtained by The Sun.

Musgraves and Kelly announced their divorce in early July of 2020 with a statement that read: “We’ve made this painful decision together.”

“With heavy but hopeful hearts we wanted to put our own thoughts into the air about what’s happening. These kinds of announcements are always met with scrutiny and speculation and we want to stop that before it even starts.”

‘every day is a blessing’

The statement continued: “We believe that we were put into each other’s lives for a divine reason and have both changed each other infinitely for the better. The love we have for each other goes far beyond the relationship we’ve shared as husband and wife. It’s a soul connection that can never be erased.”

They added that the split was a “healthy decision” after spending “a very long period of time trying the best we can.”

The statement concluded: “It simply just didn’t work. Though we are parting ways in marriage, we will remain true friends for the rest of our lives. We hold no blame, anger, or contempt for each other and we ask for privacy and positive wishes for us both as we learn how to navigate through this.”

They met in 2016 at the famous Bluebird Café in Nashville and married in 2017.