He kicked off the first day of filming his new movie Palmer on Wednesday.

And Justin Timberlake was back on the set in New Orleans, Louisiana, playing ex con Eddie Palmer on Friday.

This time, stylists had swapped out the 38-year-old actor-singer’s blue work shirt and pants for a black T-shirt that he wore under a blue zipped jacket and jeans. 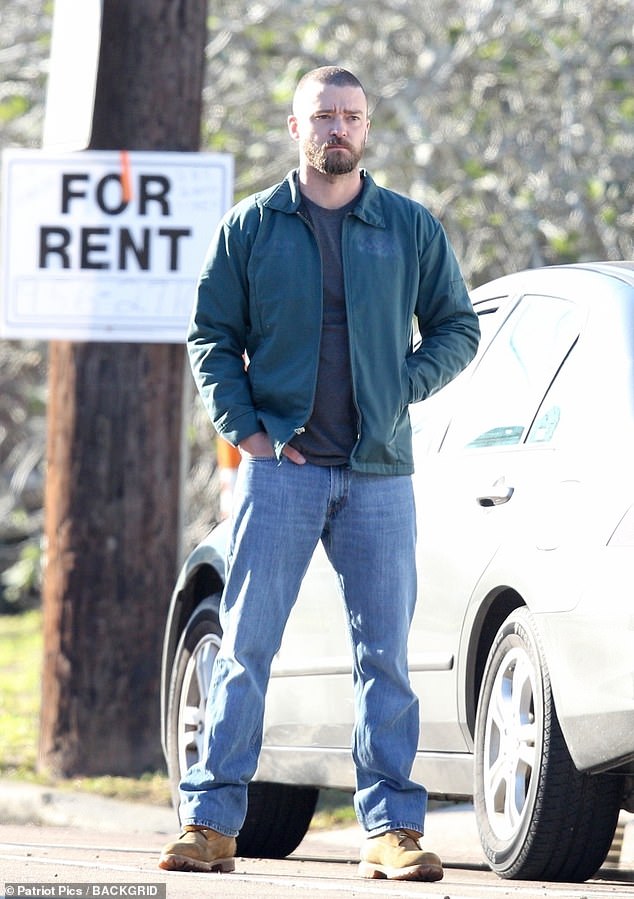 Radiating danger: Justin Timberlake looked menacing as ex con Eddie Palmer as he stood by a car on the set of his new movie in New Orleans, Louisiana, on Friday

And he looked grim and threatening with his cropped short hair, beard and mustache as he stood, glowering, beside a car.

Eddie has just come out of jail after serving 10 years for attempted manslaughter and the former high school football star is now living with his grandmother, Vivian.

Her neighbor is a beautiful meth addict and mom to seven-year-old Sam who likes to play with dolls and dress up as a girl.

With the woman often out to score drugs, Eddie’s grandmother stands in as the little boy’s caregiver. 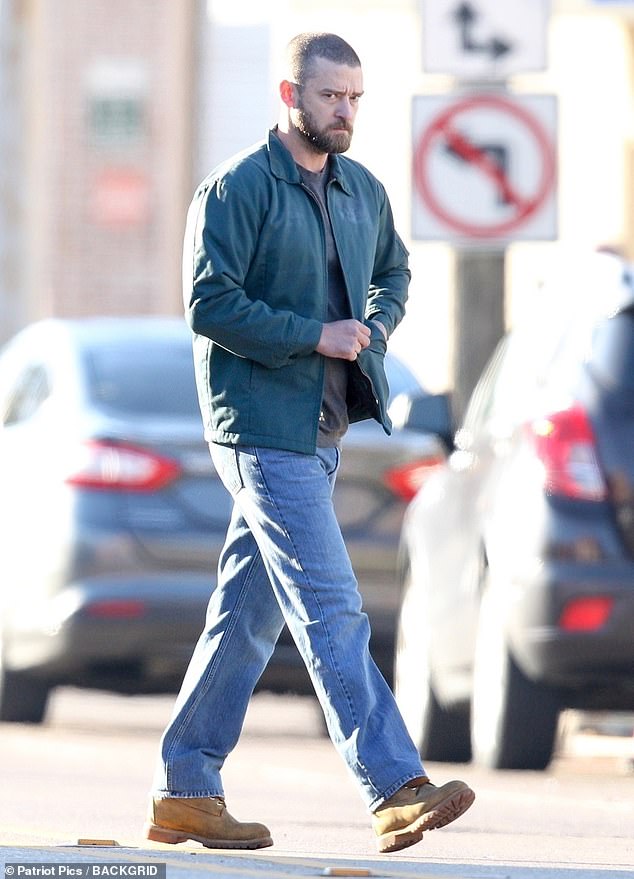 Not going well: Still in character, Justin, 38,  glowered as he made his way along the sidewalk

And Eddie finds himself suddenly responsible for Sam when she asks him to babysit.

There’s no release date set for Palmer as yet.

Though Justin is best known as a singer, he has acted in many films including The Social Network, Wonder Wheel, Inside Llewyn Davis and Trouble With The Curve 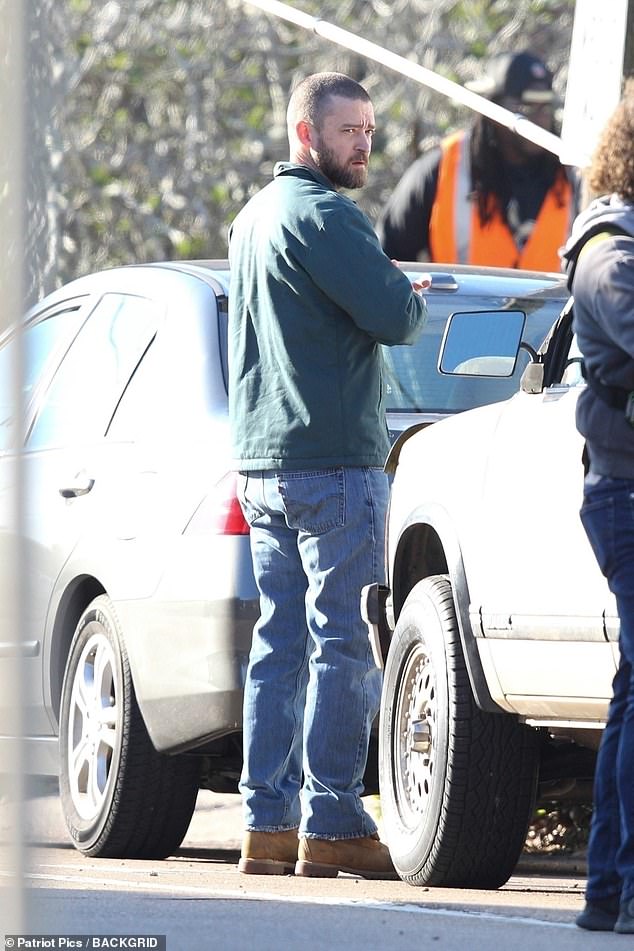 Working man: Stylists dressed the star in  a blue zipped jacket and and worn jeans

He’s reprising his voice role on Trolls World Tour, the sequel to Trolls, for which he earned a Best Original Song Oscar nomination for Can’t Stop The Feeling!

The animated comedy is due out on April 17.

Meanwhile, Justin has been married to actress Jessica Biel, 37, since 2012, and they share son Silas, four. 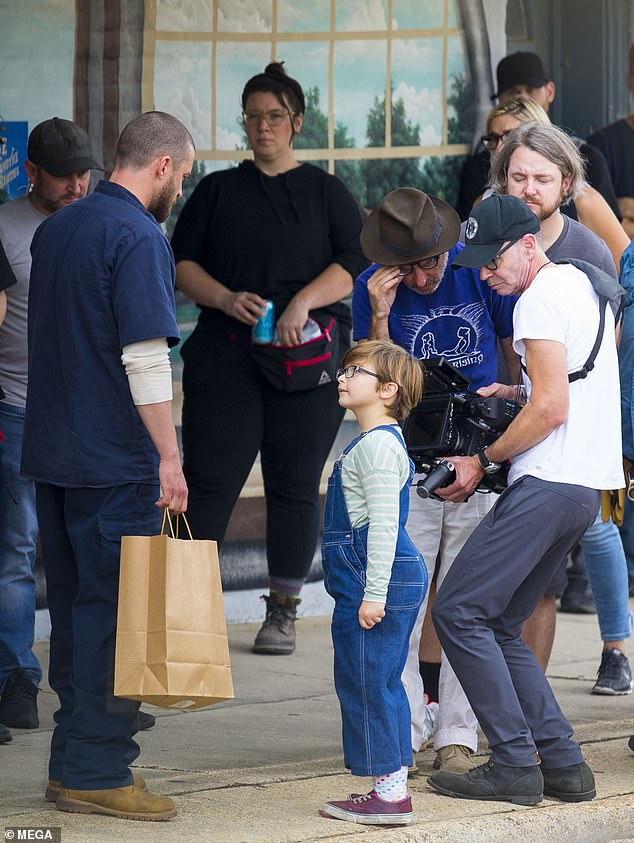 Unlikely dad: On Wednesday Justin filmed with the young actor who plays Sam,  the son of his junkie neighbor, as director  Fisher Stevens checked out the shot 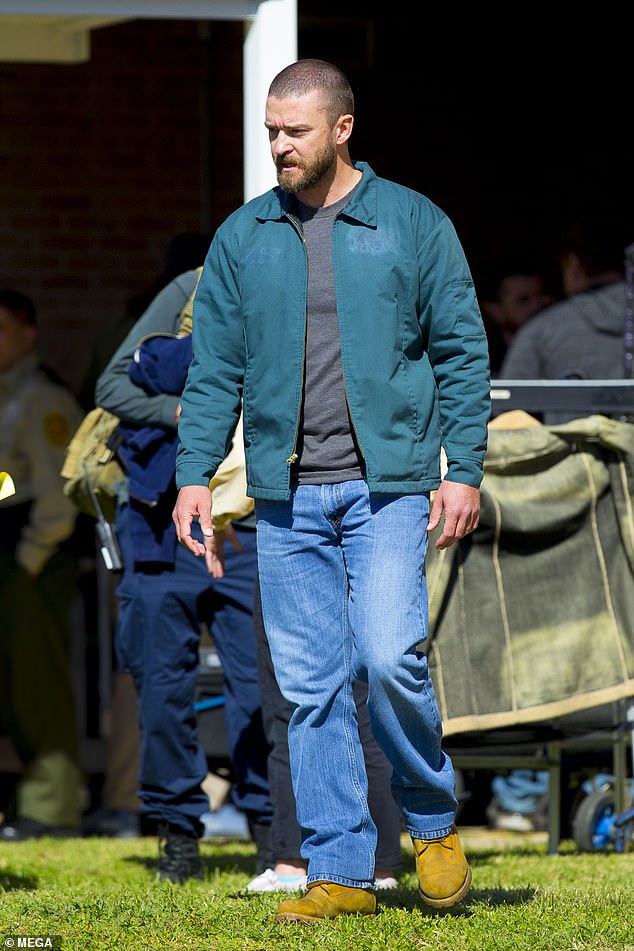 On location: Filming took place outside of a convenient store 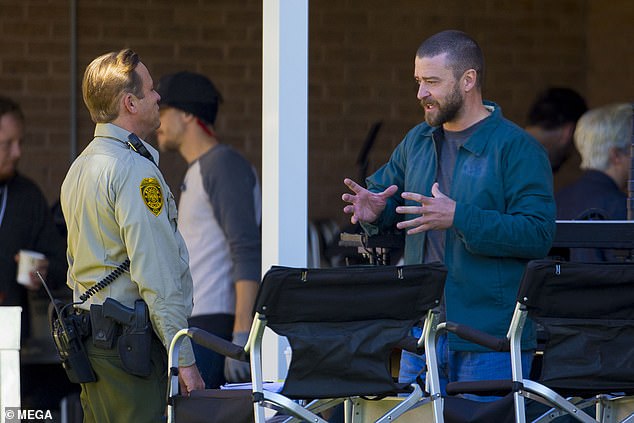 In character: Timberlake chatted with another actor between takes 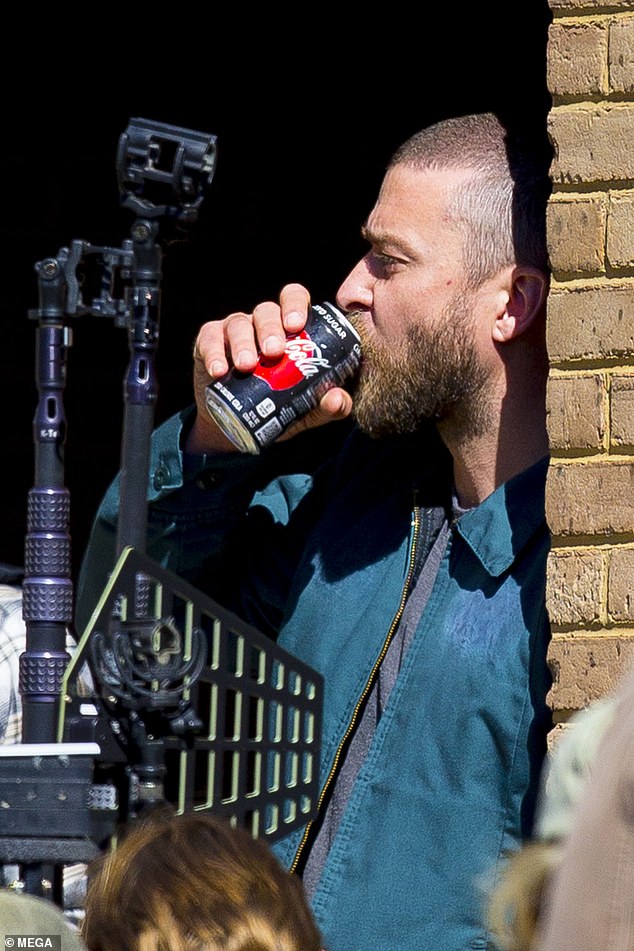 Cooling off: He cooled off as they filmed under the Louisiana sun

Is today the final PE With Joe?

Tipping Point fans 'lash out' at contestant for answer blunder: 'Weren't you taught this?’

TUI slash £300 off summer holidays to Spain, Cyprus and Greece next month