And by the afternoon, the 25-year-old pop sensation was already basking in the post-premiere buzz, as he went for a leisurely bicycle ride in Beverly Hills.

Bieber, who dropped his single Yummy earlier in the month, spoke on his relationship with wife Hailey, as well as his recurrent fame fatigue, in the new series. 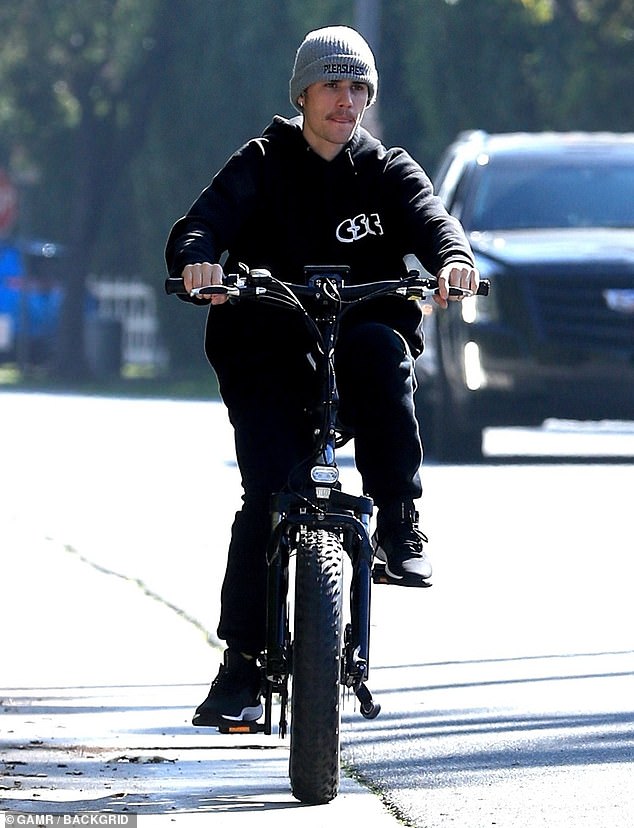 Cruising: Justin Bieber rode his bike around Beverly Hills amid the buzz over his new YouTube docu-series, which came out Monday morning 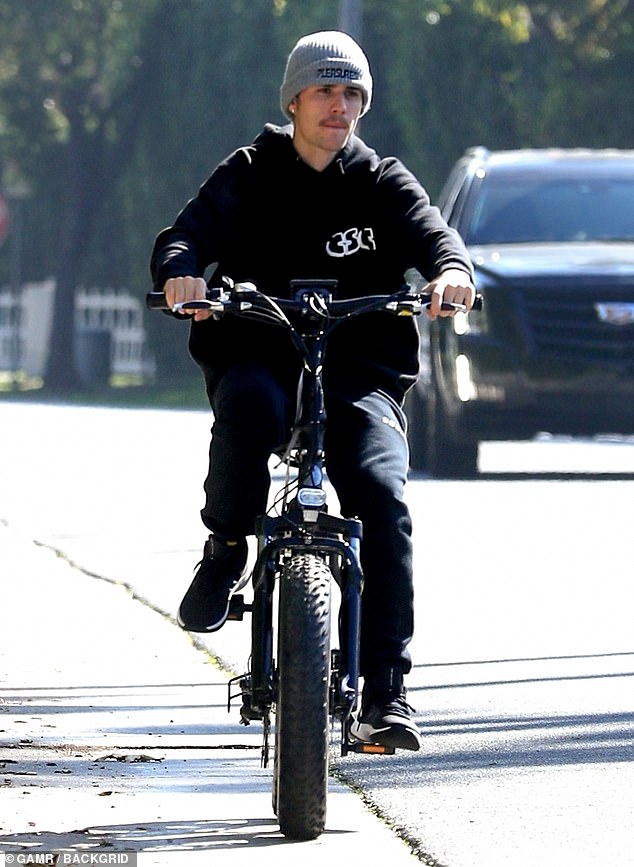 Riding high: The 25-year-old pop sensation was already basking in the post-premiere buzz during his ride

Bieber kept it casual in an all black CSC sweatsuit paired with a grey Pleasures brand beanie.

The Baby singer held onto tightly to the handlebars of his bike as he rode down the residential street.

With all of the heavy topics and deep confessionals occurring in the first episode of Seasons, it’s no wonder the hit maker needed to head out alone for some fresh air.

The docu-series will premiere new episodes on Mondays and Wednesdays from now until the 10th and final episode. 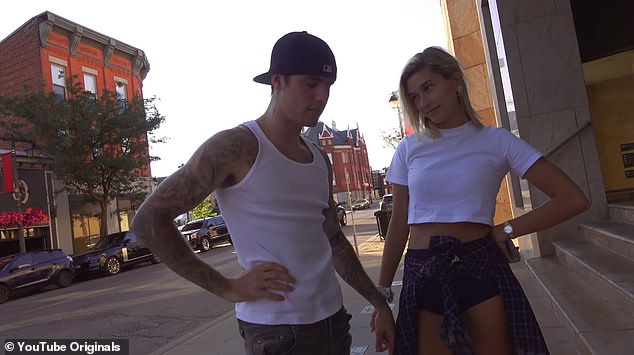 Showing her: In the premiere episode of the docu-series, Justin took wife Hailey to his hometown in Canada 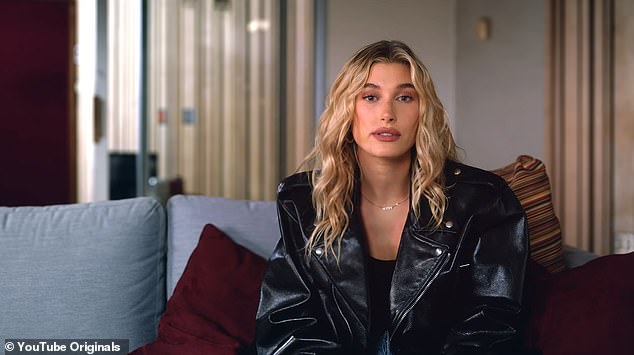 Sympathy: Hailey Bieber, in her confessional, discussed how difficult it was for husband Justin to grow up in front of the camera 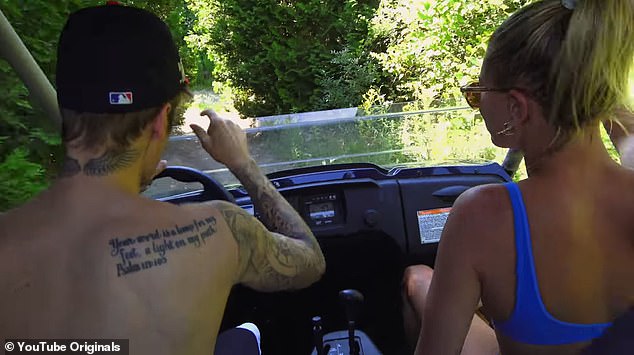 A tour: The couple hit up some of Bieber’s favorite childhood spots, including the apartment he grew up in

But this week’s started with the star taking his model wife to his hometown – and old apartment – in Canada.

‘You know starting out as a boy in front of the entire world and then transforming into a young adult, teenager and like a young man, and everybody’s had to watch him go through every single phase of life, essentially from, 14, 15, and now he’s really an adult,’ Hailey shared in a confessional.

She continued: ‘He still is who he is and that’s why people are drawn to him because he has a story to tell.’ 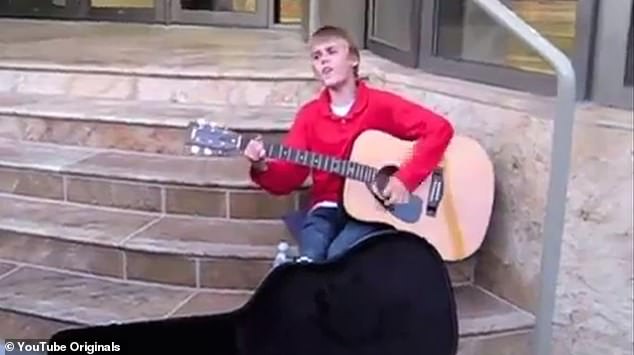 Then: In a viral video, a then 12-year-old Justin can be seen busking on the street 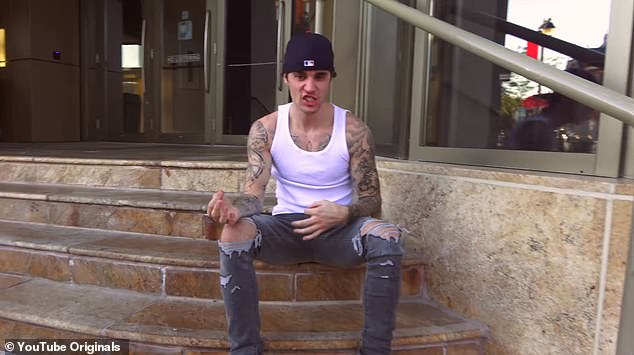 Now: Bieber revisited the steps in the episode, imitating his guitar playing 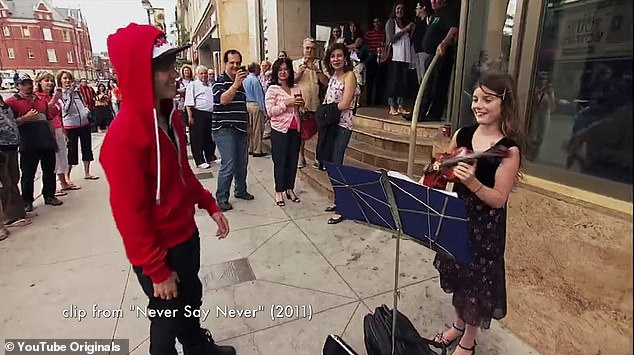 Never Say Never: In Justin Bieber’s critically acclaimed 2011 documentary, the singer also paid a visit to the iconic steps and interacted with a young female performer

Justin’s first of the new 10-part series opened with him announcing his world tour for Purpose on the Ellen DeGeneres Show in September 2015.

The tour was meant to span from March 2016 – September 2017, however, Justin pulled out of the final 14 shows and called it quits in July 2017 following his London show for ‘unforeseen circumstances.’

Justin’s long-time manager, Scooter Braun, also confessed that in the earlier years he did push the star to keep performing and creating. 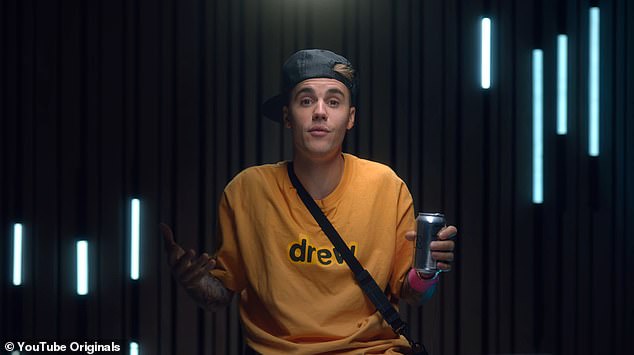 Resurgence: After having fame fatigue for so long, Justin was finally able to recapture his love of music and delve fully into his art 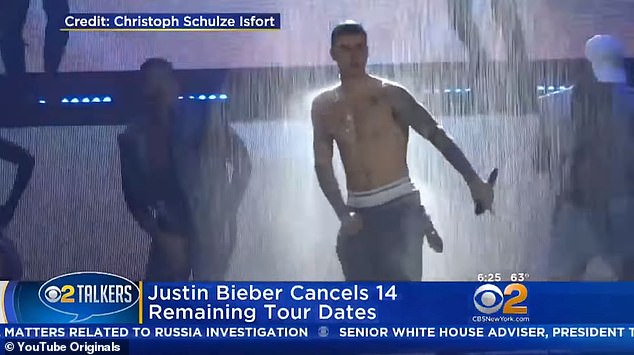 All too much: Bieber canceled the remaining dates of his Purpose tour dates in July of 2017 for ‘unforeseen circumstances’ 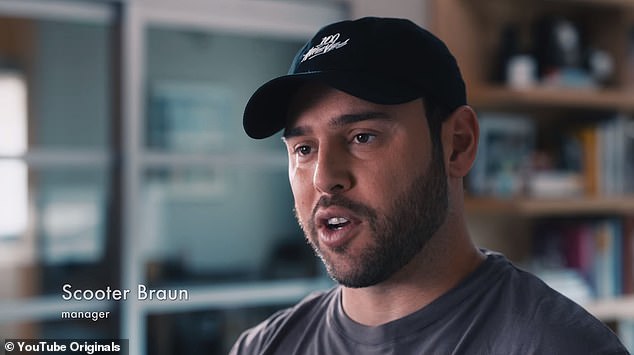 Taking some blame: Justin’s longtime manager Scooter Braun admitted that he ‘pushed’ the star to ‘keep performing’ even when he needed a break

‘Early on in his career, we’d always say “let’s go for another one, another hit, another record, another thing, another tour,”‘ he began.

‘And before Purpose, with Journals, I didn’t want him to tour, I wanted him to get healthy and then he got healthy and we went on Purpose and then at the end he was tired and said, “Look, I need a break again.”‘

Scooter continued: ‘And we took the break and he’s taken a very long break and in that time he’s found his wife, he’s grown a lot. I don’t put any pressure on that timeline anymore, he’s earned the right to do it in his own time.’ 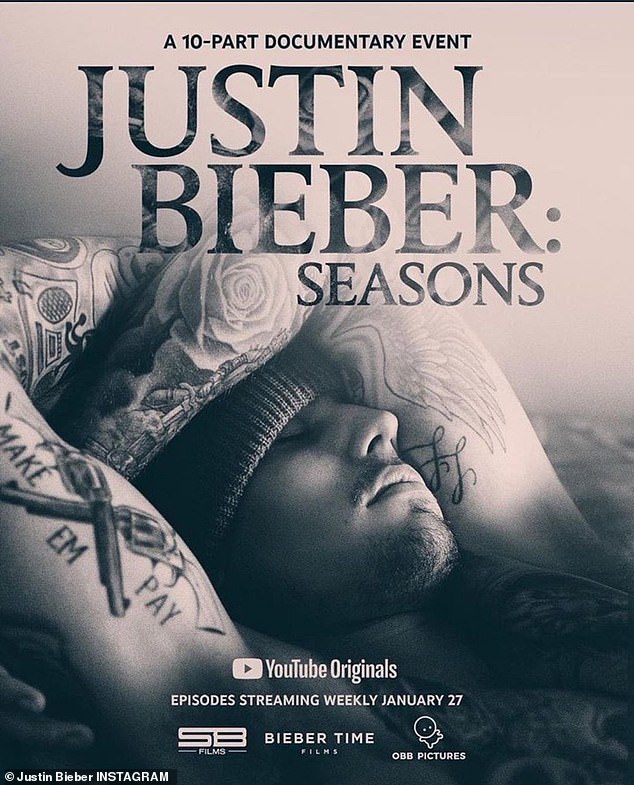 Seasons: New episodes will premiere on YouTube every Monday and Wednesday