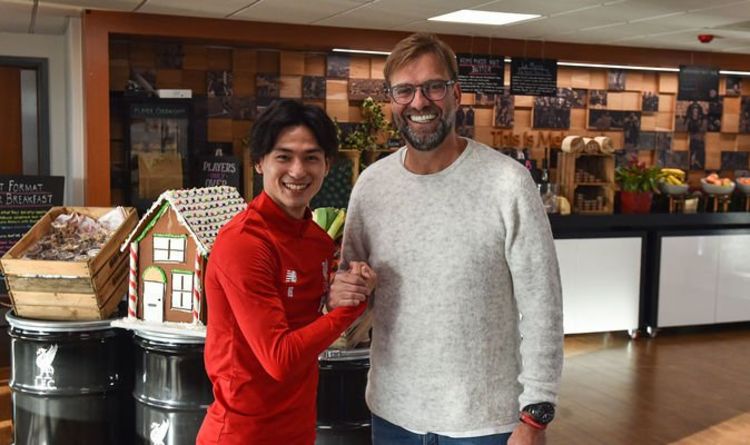 Jurgen Klopp has admitted Liverpool new boy Takumi Minamino could play in central midfield in his Reds debut. The Merseysiders signed the Japanese winger from Red Bull Salzburg’s earlier this month for a fee of £7.25million.

Minamino earned himself a move to Anfield after impressing Klopp in Salzburg’s Champions League group games against the Reds.

The 24-year-old has been brought in to increase the attacking options available to the defending European Champions.

Klopp, however, believes the Japan international could also serve his new side well from a deep-lying central position.

“Takumi is a player who can help us immediately. In the short term and the long term from an age perspective,” the German told ESPN.

“I am really excited to have him and it is always good to have everyone on their toes.”

Minamino is currently ineligible to play for Liverpool, meaning he won’t make his debut for the club in Thursday’s clash with Sheffield United.

He’ll likely make his debut in the second Merseyside derby of the season, which will see Liverpool welcome their bitter rivals Everton to Anfield on Sunday afternoon in the third round of the FA Cup.