Mohamed Salah has faced criticism for his selfish style of play from the likes of Gary Neville but Liverpool boss Gary Neville has defended his star man, who has already scored 19 times this term 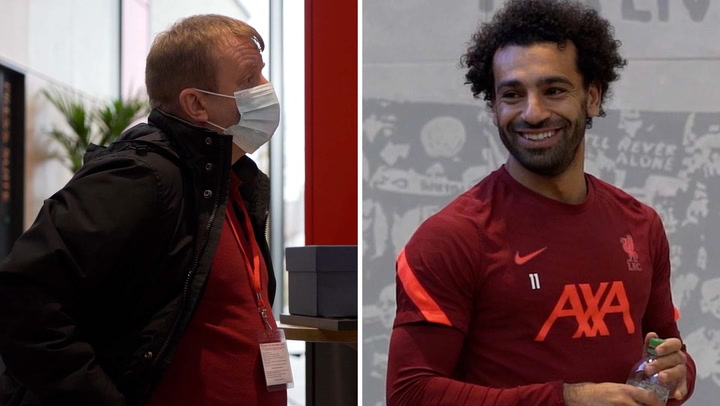 Jurgen Klopp has defended Mohamed Salah following accusations of selfishness previously made by the likes of Gary Neville and Arsene Wenger.

The Liverpool forward has gone up a level this term, scoring 19 times in as many games for the Merseyside outfit.

Several records have been broken by the Egyptian in recent months with his appetite for goals continuing to grow.

But despite his impressive numbers Salah has faced regular criticism for being selfish.

The 29-year-old has been known to turn down passes to his teammates in an effort to get a shot off, which resulted in an angry reaction from Sadio Mane in Liverpool’s title winning year.

Klopp though, who wants Salah to sign a new deal at Anfield, insists the forward has never been a selfish player.

Have Your Say! I s Mo Salah the best player in the Premier League? Tell us in the comments section

The German said: “He wasn’t criticised by us for being too selfish because he never was. Mo now has the experience, is calm enough and developed technically again. It’s incredible what he did.”

Neville and Wenger have both highlighted the greedy nature of Salah in the past.

The former claimed on Sky Sports that some of the player’s decisions are “not a great look”.

He said: “His greed is one of his great strengths but he should have left it for his mate. He was never going to get there. He [Jota] would have had a goal if it wasn’t for Salah.

“You can’t do that. As great a player as he is, he knows that’s not a great look.”

The pundit had also said previously: “You think of the mentality difference between Mane and Salah.

“Mane is likeable, I think the players probably love him, he gives his all every single day, he’ll do the selfless thing for the team.

The Egyptian has been in scintillating form this term
(

Wenger, whilst comparing Salah with Messi, cited how the Argentine often laid on chances and goals for his teammates.

He told beIN Sports: “Salah is a bit obsessed with finishing himself. That’s a dimension he’ll get certainly, when he grows a little bit older, to find the moment when you have to give the ball and when you have to finish.

“But I like him very much, he has huge potential. Mane as well.”

Salah recently finished seventh in the Ballon d’Or rankings despite his impressive start to the season.