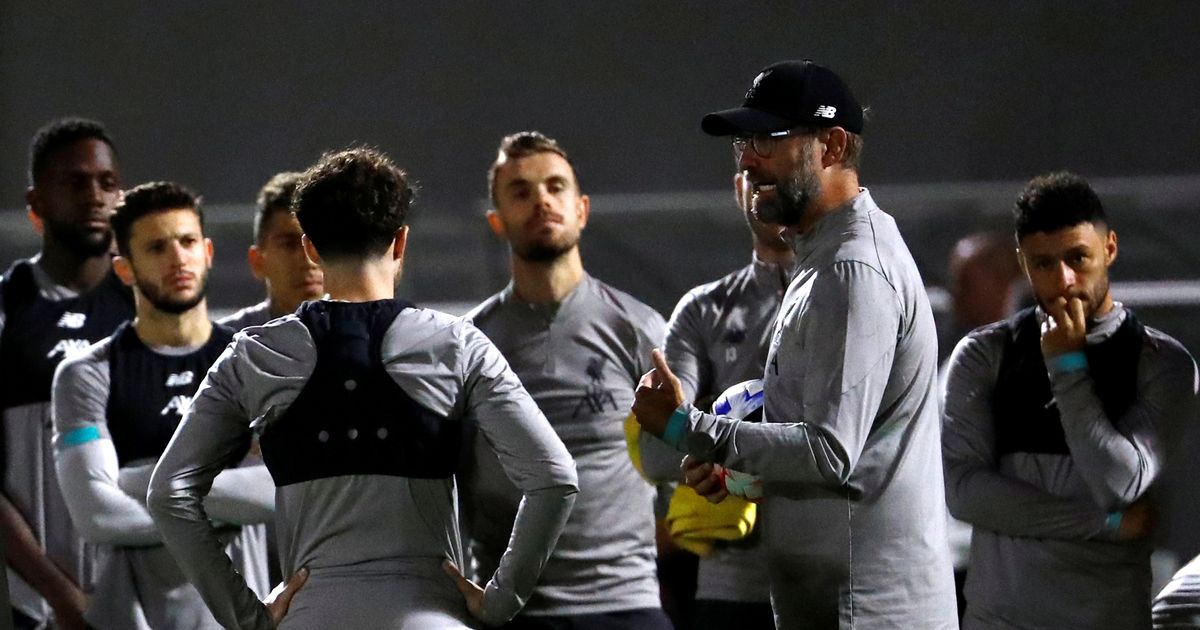 Jurgen Klopp may be famous for his beer-swilling celebration – but he’s adamant he has NEVER partied without good reason.

And that is the Liverpool manager’s clever way of warning his players there can be no let up, and most certainly no complacency, as they switch back into title mode against Leicester on Boxing Day.

Klopp is happy to admit that when there is cause for a party he is at the front of the queue. But he has insisted, with Manchester City raising the Premier League bar so high, his side are still a long way from sending out the invites, even with their huge lead at the top.

“We don’t get carried away, we’re completely focused on the next step. I was always like this,” the Reds boss explained.

“I never in my life wanted to have a party before there was a reason. When there is a party for a reason I am in it 100 percent, but I do not have 20 per cent parties. I can wait for it.

“There is no chance to get us in a mood where we could forget the things we have to do. The next time to prove that is Leicester on Boxing Day.”

Many people are already billing the festive showdown between the Premier League’s top two as the last chance for Liverpool’s rivals to haul them in.

Victory for Klopp’s men would surely kill Leicester’s title chances stone dead, and herald a long procession towards a champions coronation for the Merseyside club.

Yet the German coach is adamant his side must be ruthlessly focused, not least because of the new standards set by City which makes the Premier League a competition now so tough, you can barely afford to lose a game if you are to win it,

“I think City moved the bar massively, massively. The kind of consistency they showed in the last three years is incredible and difficult, very difficult to do,” he said.

“It has changed, it is not allowed to lose games anymore. It is difficult, obviously, but winning the Premier League should be difficult, it is such a strong league with all the teams you see now.

“City became champions two years ago and last year we helped a lot and they helped us as a lot we tried to catch up with them. They did it in an incredible way.

“Everyone is fighting for every point they can get. Look at Watford – they looked like they were gone, relegated, but Nigel comes in and everyone down there is on their toes again.

Liverpool come off the back of another huge high in what has been a stellar 2019, after lifting the Club World Cup in Doha…their third trophy in a calendar year.

But Klopp insists the focus on lifting the title is so sharp, there was no room for celebrations, despite the euphoria of the squad in becoming the first ever Liverpool side to win the competition.

“The feeling after the game was exceptional, but it was not really a wild party out there because we knew we had to play again on Thursday,” he said.

“That is how we felt at the final whistle. The mood was exceptional and we only took the positives out of that but we were clear Leicester would challenge us with all they have. They have their own targets and goals and we are used to that.

“We have to show that on the pitch. It is not difficult to switch from one to another.”