Jurgen Klopp explains what was key to Liverpool's dominance over Arsenal 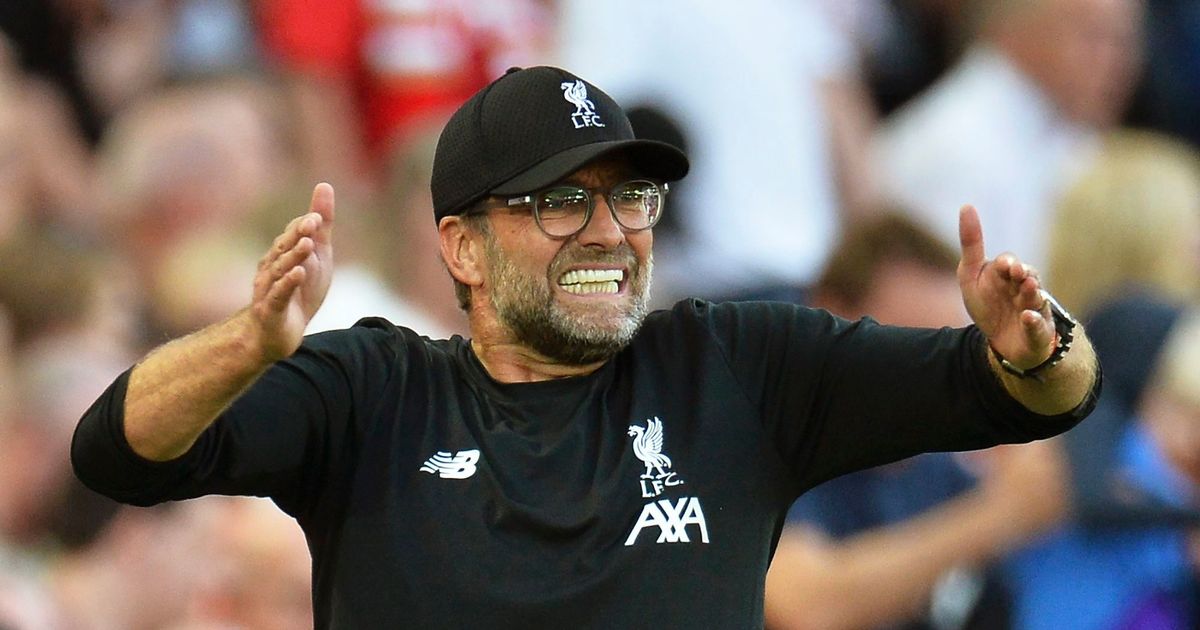 “Our identity is intensity. We had to impose that on Arsenal and that’s exactly what the boys did.”

In one exquisite phrase, Jurgen Klopp provided the perfect summary of this enthralling contest and the key to Liverpool ’s ­dominance. His side had to break Arsenal, he said.

Break them physically. And they did in such a compelling, complete manner that it sends out a warning to the whole of the Premier League, not just their demoralised visitors.

Klopp admitted that Liverpool had been searching for their true form in the opening few games of the season, so he sent them out with a clear message on Saturday.

“The intention was to be us – just be us,” he said. “Our identity is intensity, and the intensity we put into the game was really incredible.

“An opponent of the quality of Arsenal, you have to break somehow. Break them physically, yes.

“And we did. I said at half-time to the boys ‘how do you think they feel?’ It was such an intense first half there was no time to breathe.”

Klopp was right. Arsenal, who gained a late consolation goal from Lucas Torreira, were never allowed to breathe. They were dispossessed in their own defensive third eight times in the first half. That’s the most by any team this season, and the most for Arsenal in a decade.

One of the best passing teams in Europe was effectively transformed into a long-ball minnow because of that claustrophobic pressure.

It led to the truly bizarre sight of Unai Emery’s side packing their penalty box and conceding space on unpatrolled flanks to Trent Alexander-Arnold and Andy ­Robertson. Yep, two of the best crossers in world football. What did Emery think would happen?

It was like a training drill, with Klopp exaggerating only slightly when he suggested his side had “crossed 500 times.” Liverpool’s first two goals came from Alexander-Arnold crosses, the third started by him in space on the right.

Arsenal had two chances when still in the game. Nicolas Pepe, starting in a position he’s never played before, shot at Adrian in the Liverpool goal and striker Pierre-Emerick Aubameyang lifted wide of an open goal after the keeper’s mistake.

Had either gone in, then it may have been different, but given Liverpool’s intensity a home win would always have been probable.

Salah had David Luiz on toast. With marmalade. His second goal, turning the defender on the half-way line and racing into the box to score, was cruel. Luiz had tugged Salah back to concede the penalty from which the little Egyptian made it 2-0 after Joel Matip had opened the scoring with a header.

Klopp seemed to aim a gentle prod in Emery’s direction over ­Arsenal’s tactics. “I had no clue about their tactics, to be honest,” he said.

“I saw their teamsheet and thought it could be a diamond, but I didn’t think they would play Pepe in a different position in his first game. No matter. We can improve, but 80 per cent of our game I am completely happy with.”

If there is still 20 per cent to come from Liverpool, then never mind happy, Klopp must be ecstatic.