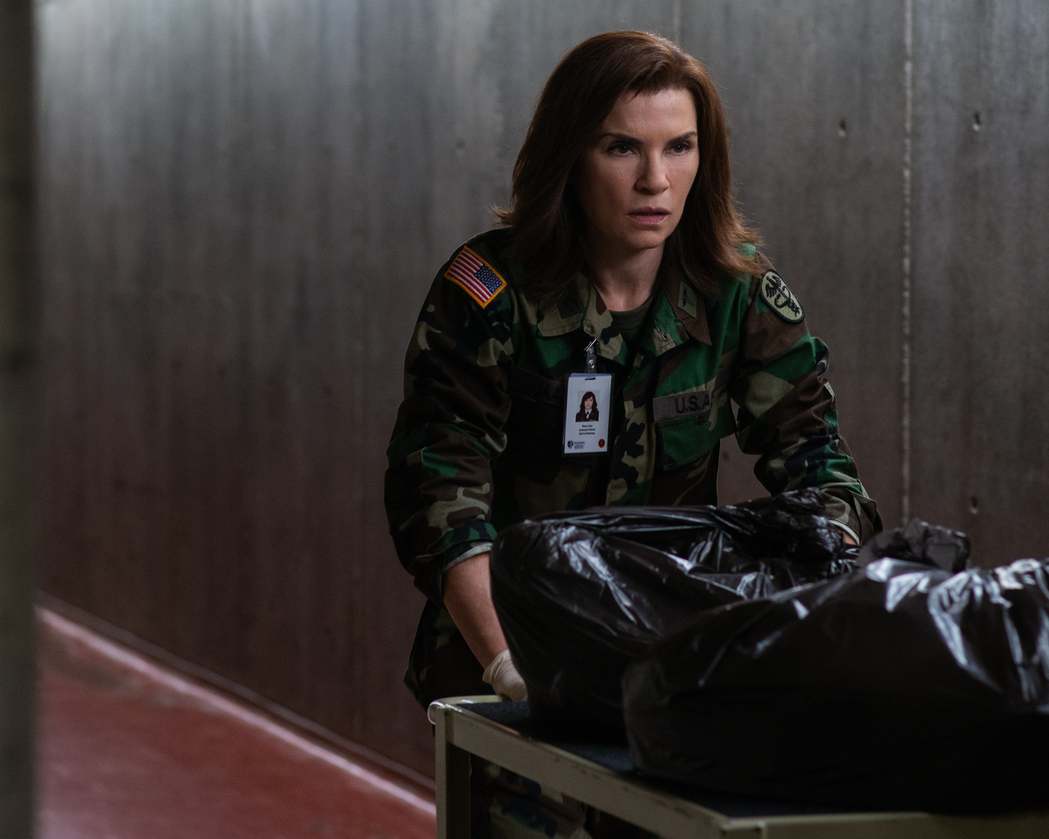 Unlike many people on its 25-year journey to the screen, Julianna Margulies never got cold feet about “The Hot Zone.”

On Monday (9 EDT/PDT), National Geographic premieres its gripping new miniseries about a near-catastrophic Ebola outbreak in Reston, Virginia, in which she stars as real-life U.S. Army veterinary pathologist Nancy Jaax.

“I was just amazed that that happened in 1989, and it’s now 2019 and this is still happening,” says Margulies, a three-time Emmy winner for “The Good Wife” and “ER.” “We have a measles epidemic in our country and it’s just shocking that there are science deniers. I felt like this was a great way to shine a spotlight on a very compelling story that might get people’s attention.”

But much like the virus itself, the six-episode, three-night event was nearly eradicated many years ago.

Shortly after its publication, producer Lynda Obst won the coveted rights to Richard Preston’s 1992 New Yorker article “Crisis in the Hot Zone,” the basis for his 1994 best-selling nonfiction thriller. A movie version was fast-tracked with Robert Redford, Jodie Foster and director Ridley Scott, but it was ultimately shelved during pre-production when a competing film based on the book, 1995’s “Outbreak” with Dustin Hoffman, started shooting first.

“I couldn’t believe the injustice of the whole thing,” Obst says. “When you’re in a race, whoever starts filming first wins because you can’t have two movies on the same topic.”

Related: Why Julianna Margulies is afraid to touch her face after starring in ‘Hot Zone’

Opinion: America must recognize and fight the emergency of Ebola before it’s too late 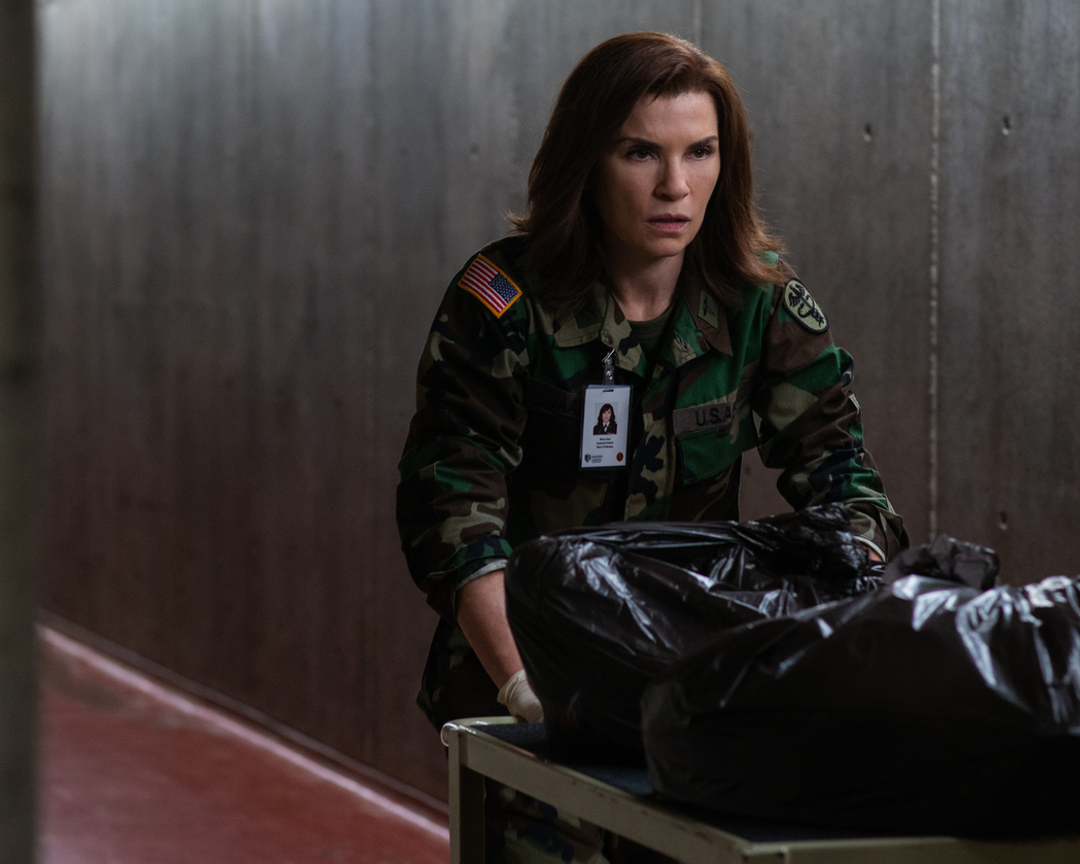 But Obst never gave up hope on the project, trying to develop it as a low-budget horror movie until she eventually brought it to former Fox executive David Madden, who had the idea to make it a miniseries in 2014. At the time, Margulies happened to be pitching another project about female programmers to Nat Geo and was quickly intrigued by the story.

“They sent me (scripts of) the first four episodes, which I was hesitant to read because it all sounded so scientific and difficult,” Margulies says. “But then I read them and couldn’t put them down.”

Show creators Kelly Souders and Brian Peterson “did the impossible and turned this book into a coherent script, and were somehow able to put it in layman’s terms but not make it boring.”

Margulies’ involvement was crucial to reviving the project, which picks up with Jaax when she discovers a troubling sample taken from a monkey at a lab near the nation’s capital. Constantly butting heads with government officials who refuse to believe it’s Ebola, she calls on her mentor, Dr. Wade Carter (Liam Cunningham), to try and prevent the virus from spreading to other lab technicians, all while keeping her marriage afloat. 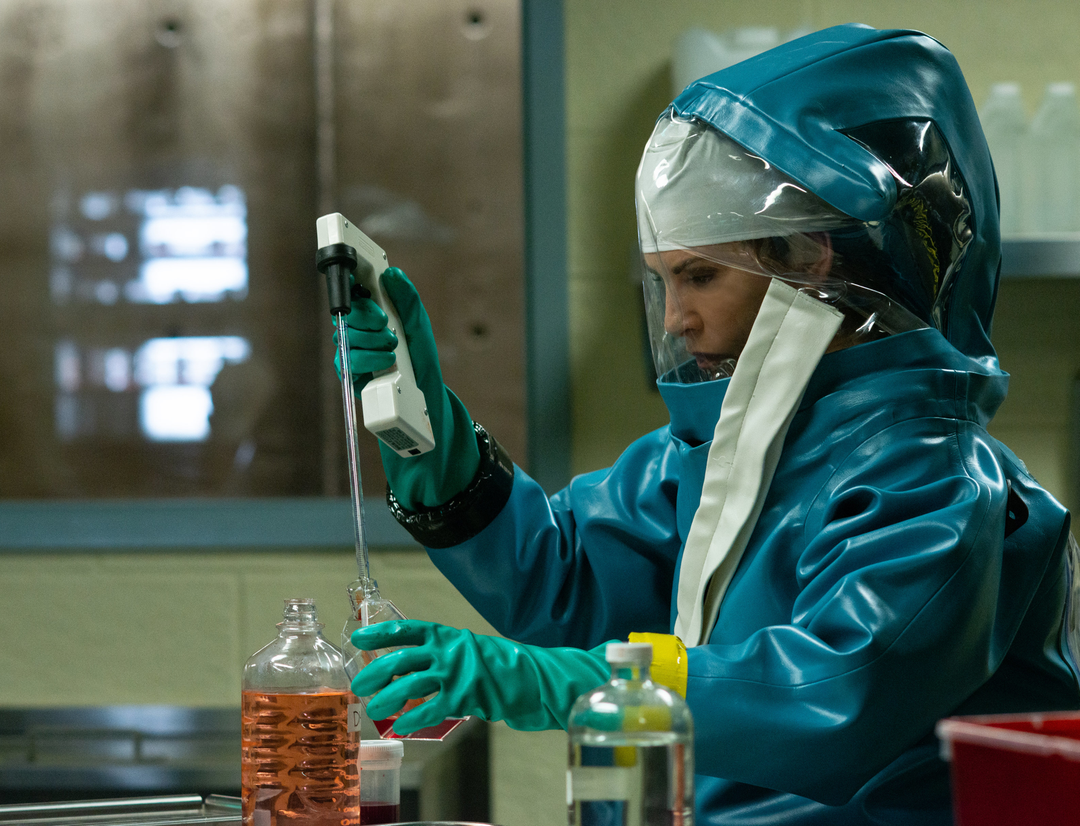 At its heart, the show is about “a scientist and Army colonel whose family is put in extremis by her courage and her ability to keep doing her job, no matter the risk,” Obst says. “That’s such an unbelievably rare female character, and Julianna brings such tremendous strength and conviction” to the role.

Margulies, 52, was able to speak to the real-life Jaax by phone and email in the weeks leading up to shooting. She was most impressed by Jaax’s unflagging commitment to her job, despite the countless men who discredited her until the virus was contained and the facility destroyed in 1995.

“It’ll resonate with every woman watching,” Margulies says. “It’s a horribly frustrating reality in 2019, but in 1989, she was the only woman there and at the top of her field. It’s mind-boggling that anyone would be undermined the way she was undermined. Smart women should be respected, but are (often thought of as a threat by men who are afraid they didn’t come up with it first. It’s all about ego.”