A previously unheard freestyle by Juice WRLD has been released following the death of the Chicago rapper – watch the clip below.

The 21-year-old died earlier this month following a “medical emergency” at a Chicago airport.

Officials said they rushed to Midway Airport around 2am on December 8. Shortly thereafter they transported the ‘Death Race For Love’ rapper to Advocate Christ Medical Center where he passed away.

Juice WRLD shot to fame after his track ‘Lucid Dreams’ reached number 2 in the US and after a collaboration with Travis Scott on his ‘AstroWorld’ album, ‘No Bystanders’.

Charlie Sloth has now shared a previously unreleased clip that captures the late rapper freestyling for over 10 minutes for the Beats 1 DJ’s long-running Fire in the Booth series.

Before the clip starts a message reads: “This was recorded in February 2019 in L.A. With the sad passing of Juice WRLD, we wanted to share this with his fans. We believe Juice WRLD’s Fire in the Booth was one of the greatest freestyles ever.”

See the video below:

Running through a variety of instrumentals, some of the late rapper’s bars include: “I’m Tony Hawk and I feel like an ollie/ I’m on the beat like a damn kamikaze/ I’m a rock star, Black Sabbath, no Ozzy”; “My flow is perfect/ Snakes in the grass, but my John Deer help me see the surface”; and “007 with the ammo/ Pull up on the scene like Rambo/ Money older than your grandfolks’ grandfolks.”

Since the death of Juice WRLD a number of the rapper’s friends, collaborators and fellow artists, including Drake, Meek Mill, Chance the Rapper and close friend Ski Mask the Slumpgod, have taken to social media to pay tribute.

“I Love You So Much , You Didn’t Deserve This,” wrote friend and frequent collaborator Ski Mask the Slumpgod. “I Cant Explain How Much It Hurts Me To Lose You , Fuck This Life Bruh , Rest In Peace You Know I’ll Carry Your Energy Forever !!!!!!!! I Can’t Lose Any More Brothers.”

Lil Nas X covered Juice WRLD‘s ‘Lucid Dreams’ in tribute to the late rapper, after his death was confirmed.

Nicki Minaj hailed Juice WRLD as her “kindred spirit”, after she went on the road with the Chicago artist.

Adele: The 15-time Grammy-winning singer through the years 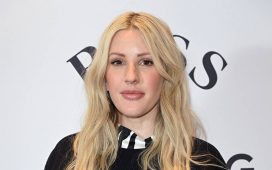