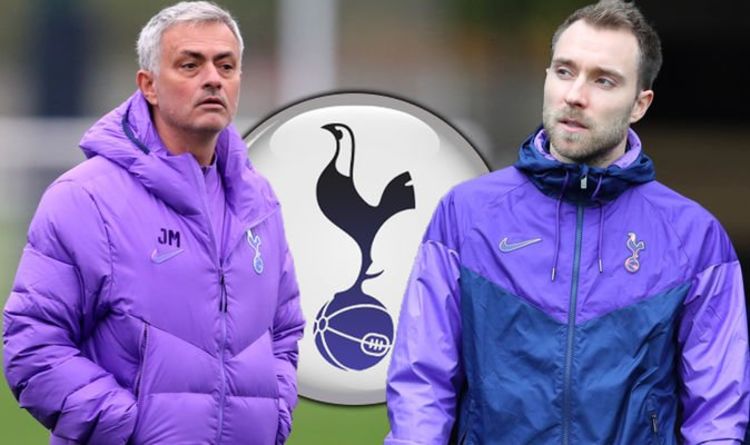 Jose Mourinho has warned Christian Eriksen his opportunities will remain limited at Tottenham all the time he does not commit his future to the club.

However he said there was “no chance” of a move for Zlatan Ibrahimovic because, “it does not make sense for him to come to a club where we have Harry Kane.”

Eriksen’s future is less clear cut after lengthy talks with Mourinho over the weekend.

The Denmark international, out of contract at the end of the season, remains a full part of the first-team squad but may face a problem when it comes to team selection.

“Obviously I’m not going to tell you our conversation, only me and him we know what we spoke about,” Mourinho said.

“But my decisions about starting him or not starting, selecting or not select, will be based on a perspective of a future. I cannot hide that.

“We have a present and in football we have to focus on the present, in this case the game against Olympiacos, but it’s a club where you have to think about the future.

“Is he leaving? Is he staying? Let’s talk about his commitment for the club and for his colleagues and for the project.

“These important decisions obviously they have an influence on my decisions as a head coach.

“But Christian is a proper guy, loves the club, loves his colleagues, amazing colleague in the dressing room.

“So it doesn’t matter what, he’s one of us until the last day.”

Eriksen, 27, is out of contract at Spurs at the end of the current campaign.

It is believed he has refused to put pen-to-paper on a new deal so far, with Mourinho seemingly hoping to sway the Dane’s thinking.

And Paul Robinson is hoping the playmaker just does that.

The ex-Spurs goalkeeper told Football Insider: “Whether Christian Eriksen turns around and says: ‘I’d like to work with Jose’, or whether he doesn’t, it all depends on what his ambitions are.

“If Jose can get that, get him to sign a new contract and build a team around him, he can be an asset, or get money for him and allow Jose to spend it.

“Without a shadow of a doubt, he’s a steely little individual, he wins trophies. He’s been solid all the time with hard style football.

“Whether he can build a relationship with Christian Eriksen where he buys into that and he can see the potential of winning trophies at Tottenham.”