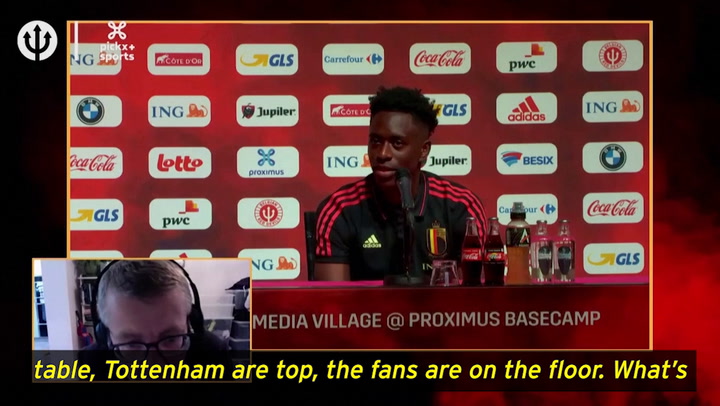 Jose Mourinho has told Arsenal star Granit Xhaka to ‘get the Covid jab’ in an Instagram post.

Xhaka recently tested positive for the coronavirus while on international duty after turning down a vaccination.

The 28-year-old almost joined Mourinho at Roma during the summer transfer window but instead remained in north London and signed a contract extension with the Gunners.

His new deal is set to be worth around £100,000-a-week and Xhaka will be tied to the club for at least another two years, with the option of a further one.

The midfielder, who impressed at Euro 2020, is the captain of his national side and was ruled out of Wednesday night’s friendly with Greece due to being forced to self-isolate while carrying the virus.

Xhaka has turned down the offer of being vaccinated

“Granit Xhaka was not vaccinated,” Arnold explained. “He’s a player who isn’t vaccinated. We left this up to each player, it’s a personal decision of each player – just like any other person in Switzerland.

“We have issued a recommendation that everyone vaccinate. But he decided for himself personally. And it is also his right not to be vaccinated.”

He added: “All the other players in the team have been vaccinated or have recovered [from Covid] – so they are more or less safe, at least from a medical point of view. One is never quite sure.

“Accordingly, we have a very high vaccination rate. Now, unfortunately, Granit got caught. From a sporting point of view, it is a shame for us at this important moment.

Mourinho responded to one of Xhaka’s Instagram posts on Friday, commenting: “Get the jab Granit and be safe.”

The Telegraph recently reported that one third of English Football League players have no plans to receive the vaccine.

Mourinho sent a message to Xhaka on social media

Swiss FA president Dominique Blanc has hit back at critics of the skipper by saying: “We stand for respect and tolerance.

“Therefore we condemn the hostility against Granit Xhaka for not being vaccinated.”

Although it does not grant total immunity, being vaccinated significantly reduces the chances of falling ill if you contract the virus, according to a plethora of scientific studies.

In his last Arsenal match before the international break, Xhaka was sent off via a straight red card against Manchester City for a two-footed tackle on Joao Cancelo.

Mourinho has urged Xhaka to be vaccinated
(

“We never wanted to let him go,” the Spanish manager revealed.

“We explained to him the role he would have in the team, how important he was and how far he has come in the last two seasons.

“And the fact that he has come through some difficult moments and how he has reacted and achieved and the respect he has gained, not only on the field, but around the club and in that dressing room,” he continued.

“We believe that he was a really important figure and we need players like that for the development of the young players we have.

“It’s difficult because you don’t get to see much of what happens inside.

Arteta added: “People just analyse a performance or a way of a player playing and whether you like him more or less.

“But from our side there is no doubting his importance in the team and squad.”