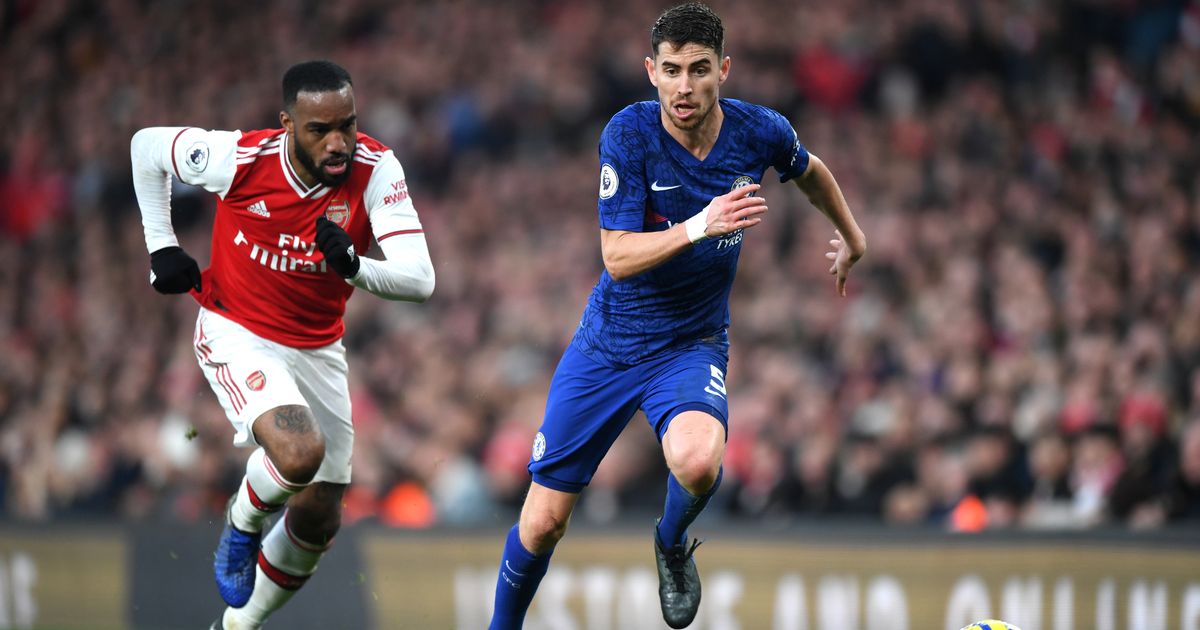 Jorginho has insisted that he did not deserve to be sent off during Chelsea’s dramatic win over Arsenal on Sunday.

The 28-year-old played a pivotal role as the Blues came from behind to secure a 2-1 victory with two goals in the last ten minutes at the Emirates Stadium.

However, there were claims that the midfielder was lucky to remain on the pitch when referee Craig Pawson chose not to show the substitute a second yellow for a pull back on Matteo Guendouzi after he had already been booked.

He when on to spark his side’s late fightback with an 83rd-minute equaliser before Tammy Abraham secured all three points just a few minutes later.

Asked about the incident, Jorginho told Sky Sports : “It was not my fault.

“But in the end we play football not tennis. Contact is normal in football, it was a foul but no more I think.”

Chelsea got off to a slow start against the Gunners and found themselves behind to a Pierre-Emerick Aubameyang goal after just 13 minutes.

With his side struggling, Blues boss Frank Lampard made the decision to switch up his tactics and introduce Jorginho for left-back Emerson after just over half-an-hour.

“I think the first 10 minutes we were too soft, [we needed] to push more,” added the Italy international.

“We needed that and I just tried to push my mates and I think we changed the game.”

Following the match, Lampard highlighted Jorginho’s importance in his team’s turnaround and admitted that the Italian was fortunate not to see red .

Chelsea boss Lampard said: “I think it certainly could have been a second yellow. In a London derby lots of those could happen. Earlier in the game, you don’t get given a yellow or maybe you do.

“We might have struck a bit of luck with that one. But there have been times when I’ll moan about not getting luck in other games and I don’t think it was absolutely clear cut. And maybe you make your own luck sometimes.

“I think with the way we played, the way Jorginho played, he was a big catalyst for the change. Not just the fact he was the sub – but more the fact he was winning second balls and showing that kind of character. Maybe we got a slice (of luck).”