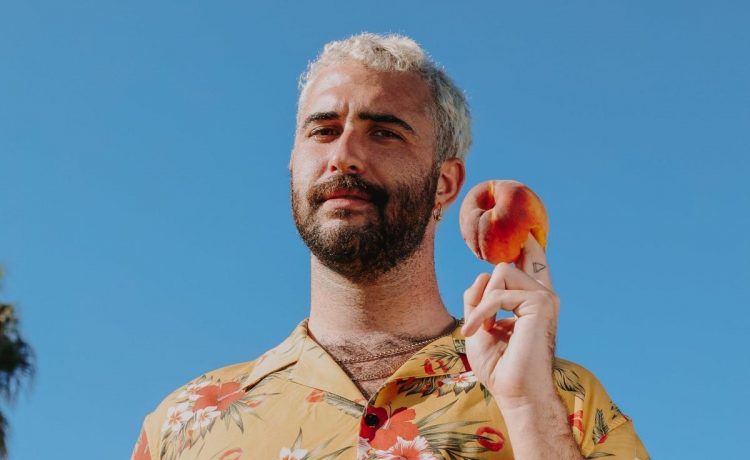 Jordan Firstman doesn’t need reminding. With a near-overnight 4,000 per cent increase in followers rocketing him from 13k to 596k, his impressions series, now on its 16th ‘season’, has been the bread and butter of quarantine comedy. ‘I want to keep doing them as long as they’re still good,’ he says carefully. ‘I would say as long as they’re still fun, but, there’s no way it’s always gonna be fun — this is in some way a job for me.’

Make no mistake, Firstman’s impressions aren’t your standard Britain’s Got Talent fare; the phone-shot, low-fi videos are inspired by both the absurd and the everyday, ranging from ‘the god who decides prices’ to ‘children’s cereal’. ‘I’m not going to do an impression of Jerry Seinfeld, they’re all concepts,’ he explains. ‘I don’t just look around and pick something, they are ideas.’ His most famous (shared by celebrity fans including Ariana Grande and Chrissy Teigen) is his impression of banana bread’s publicist — but now, he’s ‘over that. Let [him] grow as an artist.’

Before beginning his impressions series in April during the height of the pandemic, Firstman has had a long career writing for and acting in TV, with credits including Search Party and Big Mouth. The viral Laura Dern song sung by the Gay Men’s Chorus of Los Angeles at the Independent Spirit Awards was also written by Firstman. ‘I can do anything right now,’ he says. ‘I feel really limitless in my creativity… life is so short and it’s great to do a million different things.’

Yet going from a small following to overnight internet stardom hasn’t come without its drawbacks. ‘Being the symbol of joy or fun, I think that’s the part that can be difficult,’ Firstman says. ‘This all started in April, so that’s a lot of months to be up, you know?’

Friends have also been an unexpected casualty of Instagram fame, with ‘a lot of drifters, unfortunately’. But while some friends may have disappeared, Firstman has found a new set in his Instagram audience. ‘I want to breed that environment for the people who follow me to feel like they know me and that I’m there for them.’ When he gets recognised, which is now a common occurrence in LA, his followers are immediately friendly: ‘They’re like, “Oh my God, bitch, what’s up?” They feel like they know me,’ he explains.

Scrolling through the comments about Firstman’s posts, it is clear he isn’t short of adoring fans. In fact, I struggle to find a single negative comment — which, considering the nature of some of his videos, is surprising. Firstman doesn’t shy away from explicit content or controversy: see his impression of Dr Bronner’s cocaine-fuelled copywriter (it was powdered lactose, he assures me), or his impression of a corporation’s ‘faggot’ tweet for example. ‘I should be allowed to say faggot on my page. I don’t think anything should be censored. That’s what free speech is,’ he says. ‘I would take the bullet of a straight stranger calling me a faggot, just for me to be able to say the word.’

Firstman’s refusal to bow to pressure from critics is part of the formula of his popularity. ‘I don’t have a lot of haters now. But it’s okay if sometimes people don’t like me. I’m in a really positive phase right now, but we’ll see if they can handle me when I’m a f***ing bitch.’

While his impressions show no sign of slowing down, Firstman is keen to keep expanding on his comedic success. ‘I have a lot more to say than these one-minute impressions,’ he says. ‘I am a filmmaker, an auteur. I’m hoping that these people from the internet will join me on my creative path.’ Knowing his followers, they almost certainly will.