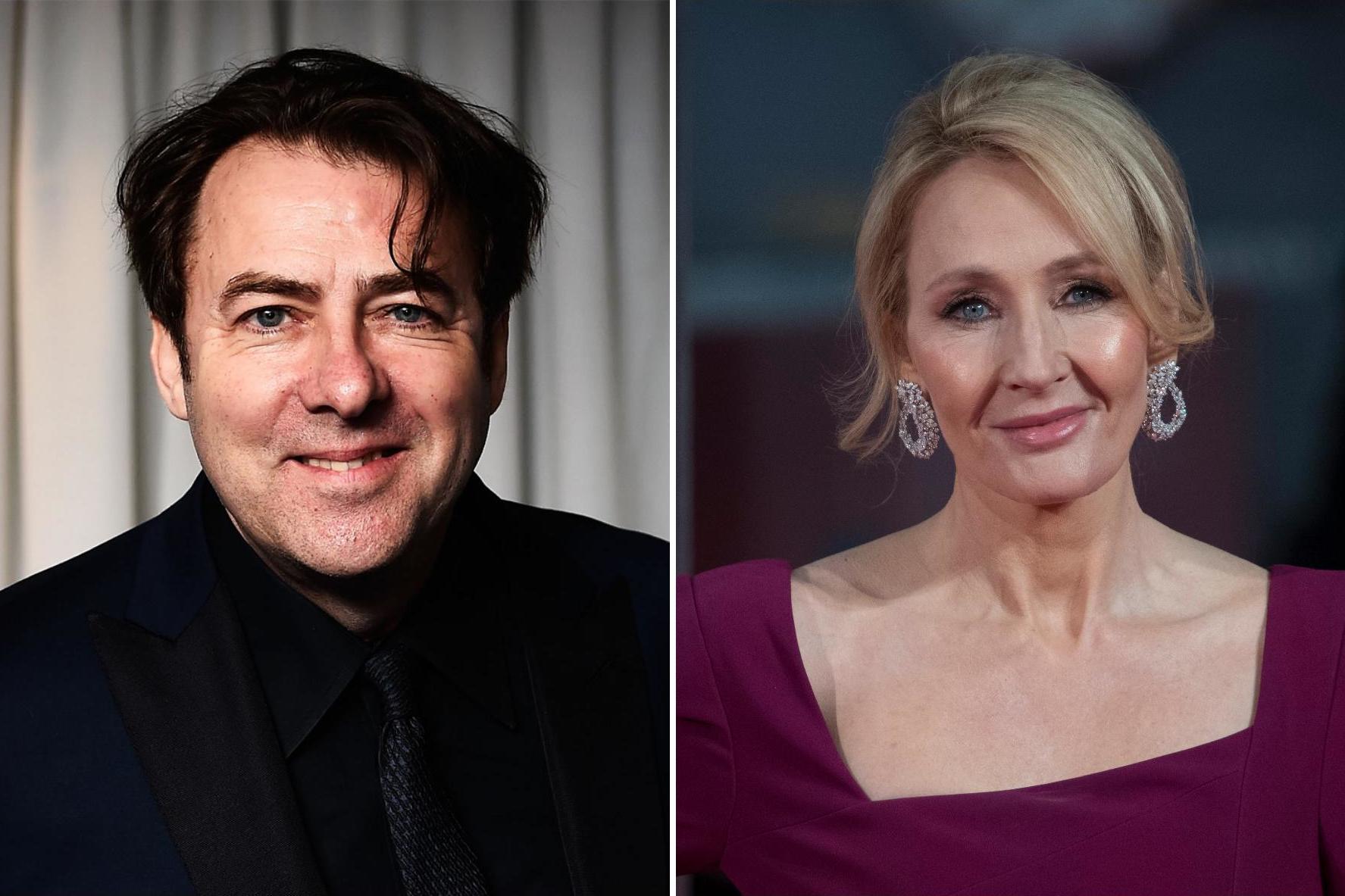 Jonathan Ross has defended JK Rowling on Twitter after the Harry Potter author was criticised for “anti-trans” tweets.

The author has once again found herself facing a backlash, this time for after tweeting about an article advocating for more equal rights for people who menstruate.

Rowling, 54, took issue with the phrasing, writing: “‘People who menstruate.’ I’m sure there used to be a word for those people. Someone help me out. Wumben? Wimpund? Woomud?”

After Twitter users pointed out that there are women who do not menstruate, while transgender men and non-binary individuals are among people who do, Rowling followed up with a Twitter thread defending her views.

She wrote: “I know and love trans people, but erasing the concept of sex removes the ability of many to meaningfully discuss their lives. It isn’t hate to speak the truth.”

Rowling insisted she did not “hate” trans people, and said she would march with trans people “if you were discriminated against on the basis of being trans.”

She concluded: “At the same time, my life has been shaped by being female. I do not believe it’s hateful to say so.”

Ross – who has himself faced accusations of transphobia in the past – has now tweeted his support for Rowling.

“I just ate too many brownies. Again. Oh, and also. @jk_rowling is both right and magnificent,” the presenter wrote. “For those accusing her of transphobia, please read what she wrote. She clearly is not.”

The image is a mock-up of a Harry Potter book cover with the title “Harry Potter and the aduacity of this b***h” emblazoned across the front.

“While most identify as either female or male, there are intersex and trans individuals whose identities are just as valid and real.”

Actress Jameela Jamil posted a link to a fundraiser for homeless black trans women, asking Rowling to “please share some of your $650million mega wealth with this charity.”

Meanwhile, a biologist re-shared a viral thread from December 2019 beneath Rowling’s tweets which explains the complexity of biological sex.