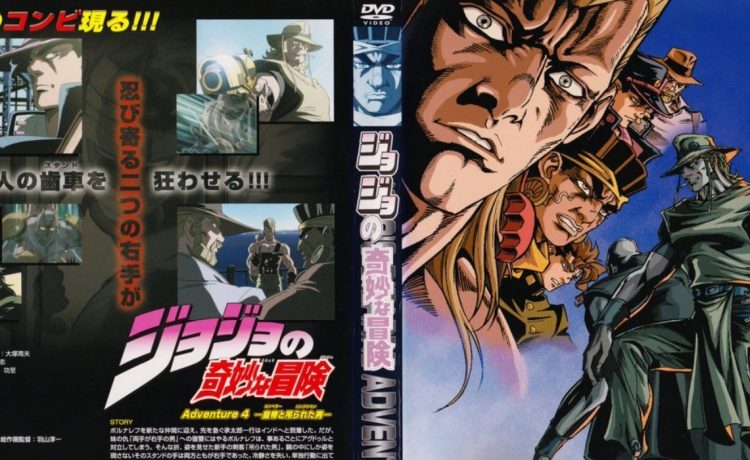 JoJo’s Bizzare Adventure is a popular anime, but many may not know about the Stardust Crusaders OVA from 1993. Here are 10 facts about the series.

The long-running anime and manga series, JoJo’s Bizarre Adventure, has sported a large amount of popularity in Japan for decades. However, in the West, that popularity is still quite young. JoJo’s Bizzare Adventure had recently boomed when the new anime adaptation of the series by anime studio David Production aired in 2012 and has enjoyed greater popularity than ever in a new land.

However, this isn’t the first time that the West was introduced to JoJo’s Bizarre Adventure. Not only has its audience been introduced to the series through videogames, but older anime as well. This older anime was an OVA based on part three of the series, Stardust Crusaders.

10 It Had Its Shipments Stopped In 2008 Due To Controversy

Stardust Crusaders had its 2008 introduction to the West brought to a halt due to complaints against studio A.P.P.P. and Shueisha from Egyptian Islamic fundamentalists. This was due to a scene from the OVA that showed DIO reading the Qur’an.

This complaint put the series’s localization in jeopardy. It caused the OVA and the English translated manga as well, despite it not sharing this scene with the OVAs, to cease publication and localization. It even led Shueisha to have Araki redraw scenes featuring mosques. While the manga resumed publication the next year, the OVAs’ distribution was permanently canceled.

Unbeknownst to most, the screenwriter behind a lot of the Stardust Crusaders OVAs was Satoshi Kon. Satoshi’s name may be very familiar to many because he was the writer and director of many other great anime films.

Titles like Perfect Blue, Paprika, Millenium Actress, and Tokyo Godfathers partly came from this famed director and writer’s mind. He even worked as the animation director for Episode 12 of the OVA series.

The battle between Jotaro and DIO actually is quite different than the original shown in the manga. While in the manga, DIO finds out that Jotaro can move during his stopped time technique, in the OVA, he finds out simply because he finds out Jotaro survived being punched by The World during the time freeze.

RELATED: JoJo’s Bizarre Adventure: 5 Duos That Are Better Than Giorno & Mista (& 5 That Are Worse)

The battle also is a lot grander in terms of scale, as the two do quite a bit of damage to Cairo, the city they battled in, during the fight, with DIO racking up the casualty count in the process.

7 A Lot Of Humor Is Omitted In The OVAs

One thing that makes the Stardust Crusaders OVAs stand out is the omission of the classic Araki brand of humor prevalent in the new JoJo’s anime adaptation and the original manga. This was taken out and replaced with a much more serious Fist of the North Star type of “anime” feeling.

One instance of this quickly noticeable comes at the end of the series when DIO is defeated. Joseph doesn’t pretend to be DIO when revived in the OVA, and Jotaro doesn’t quiz him while questioning who he is.

6 There Was Supposed To Be A Prequel Movie

As any fan of JoJo’s Bizarre Adventure knows, Stardust Crusaders is actually part three in the long-running Joestar saga. While the OVAs of Part 3 were the West’s first true introduction to the series, it wasn’t always supposed to be this way.

Studio A.P.P.P. was also supposed to release a full animated film adaptation of JoJo’s Part 1: Phantom Blood and preface the Stardust Crusaders OVA series. However, it was never released or even seen publically, now considered a piece of lost media. It is believed that this is because Araki believed the film was too far removed and of much lower quality than the manga original.

5 The OVA Was Released In A Bad Order

The Stardust Crusaders OVAs were actually released in reverse order due to Studio A.P.P.P. treating viewers as if they were already familiar with the original manga.

This led the studio to cover only the second half of the manga with six episodes instead of starting. After realizing this was a bad move, they went and covered the beginning.

4 The OVAs Were Translated Before The Manga

The OVAs being the West’s original introduction to the JoJo’s series meant that it was in a place to be translated before the manga itself. This series gained an official English translation two years before the manga.

3 The OVA Failed Where The Game Succeeded

There was always interest in getting the West interested in JoJo’s series, and one of the OVA’s goals was to get that done.

However, Capcom succeeded in failing with their arcade fighting game based on Stardust Crusaders, Heritage for the Future. While this game didn’t make the series into the boom the new anime did, it garnered more interest than the earliest release of the manga and the OVAs.

With the OVA release going out of print and unlicensed in Japan and the original licensor going out of business, it’s unlikely the OVA will ever be officially released.

RELATED: JoJo’s Bizarre Adventure: 10 Stands With More Than One Ability

It is believed that American companies such as Crunchyroll or Viz have no interest in saving these animations.

One great unintentional gag present in the original Stardust manga is that Iggy’s appearance changes during the series. However, in the OVA, Iggy’s face doesn’t change, with the dog companion keeping a consistent appearance throughout.

NEXT: JoJo’s Bizarre Adventure: 10 Stand Users Tougher Than They Look


Next
Naruto: 10 Facts You Didn’t Know About Jiraiya

De’Angelo Epps is a writer that has been a huge fan of various comics, movies, anime, manga, and video games all his life. He’s an avid reader, fighting game fan, and as you can see here a writer as well! As a writer at Comic Book Resources, he hopes to put his skills to the test to bring the best content possible. Keep a tab on him if you enjoy his work here and enjoy!

READ  9 Amazing Video Games That Will NEVER Get Sequels (And Why) - WhatCulture
Share on FacebookShare on TwitterShare on PinterestShare on Reddit
newsgrooveDecember 31, 2020