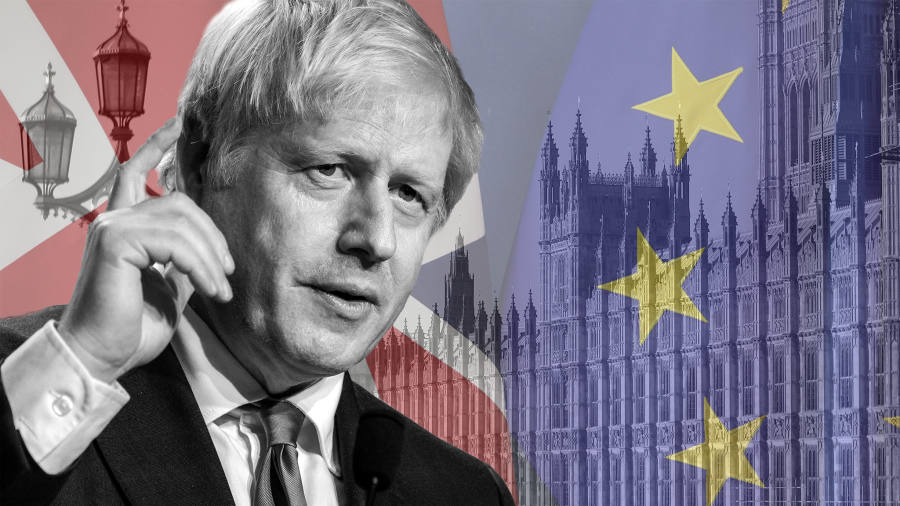 Boris Johnson on Wednesday proposed suspending the UK parliament for at least a month to curtail efforts by MPs to prevent a no-deal Brexit on October 31, as Downing Street also threatened rebels with a general election in early November.

MPs will return on Tuesday next week from their summer break but parliament is expected to be suspended — or prorogued — for longer than usual during the party conference season, until a Queen’s Speech on October 14.

The prime minister confirmed that the House of Commons would return on September 3 before being prorogued, ending the longest parliamentary session in 400 years. He will use the Queen’s Speech to set out a new legislative agenda.

“We must focus on crucial public priorities — helping the NHS, fighting violent crime, investing in infrastructure and science and cutting the cost of living,” Mr Johnson said.

He added that the government hoped to introduce a withdrawal agreement bill if a new Brexit deal could be secured at a summit of EU leaders on October 17-18. Mr Johnson is hoping to replace the backstop, an insurance policy set out in the withdrawal agreement to avoid a hard border with Ireland, with other arrangements.

“I believe it is vital that parliament is sitting both before and after European Council and if, as I hope, a deal with the EU is forthcoming, parliament will then have the opportunity to pass the withdrawal agreement bill required for ratification ahead of 31 October.”

Mr Johnson has repeatedly insisted that the UK must leave the EU on October 31 with or without a Brexit deal. A majority of MPs oppose Britain departing the bloc without an agreement.

READ  Fears grow for UK high street as more than 6,000 retail jobs cut in a day

The prime minister’s decision to delay the return of parliament will increase the chances of opposition MPs calling a no-confidence vote in his government next week in an attempt to install a caretaker administration that would seek to avoid a no-deal Brexit on October 31.

Under the Fixed Term Parliament Act, dissolving parliament occurs automatically after either a 14-day “cooling off” period following a no-confidence vote and if no alternative government is formed, or if it has the support of two-thirds of MPs in a Commons vote.

But Downing Street officials claimed that such a plan would fail because even if the no-confidence vote passed, Mr Johnson would not resign and MPs would struggle to get the numbers needed to form an alternative administration.

“If MPs pass a no-confidence vote next week, then we won’t resign. We won’t recommend another government, we’ll dissolve parliament, call an election between November 1 and 5,” a government insider said.

The move by Mr Johnson to suspend parliament was strongly criticised by the Commons Speaker, John Bercow, who described the plan as a “constitutional outrage” and said it was “blindingly obvious that the purpose of prorogation now would be to stop parliament debating Brexit”.

Mr Bercow, who traditionally remains neutral in political matters, said he had had no contact from Downing Street over the decision. “Shutting down parliament would be an offence against the democratic process and the rights of parliamentarians as the people’s elected representatives.”

Dominic Grieve, the former Conservative attorney-general who is among MPs seeking to prevent a no-deal Brexit, described Mr Johnson’s decision to prorogue parliament as “deeply questionable” and “pretty outrageous”.

“Normally when we prorogue parliament, it’s for about five to six days maximum between sessions so I think this is pretty unprecedented,” he told the BBC.

Mr Grieve described it as “an attempt to govern without parliament” and suggested that Labour leader Jeremy Corbyn would bring forward a no-confidence vote in Mr Johnson’s government next week.

Former chancellor Philip Hammond, who also opposes a no-deal Brexit, said the move to shut down parliament would be “profoundly undemocratic”. “It would be a constitutional outrage if parliament were prevented from holding the government to account at a time of national crisis,” he said.

Extending the traditional parliamentary break of about three weeks for party conference season to up to five weeks will focus the minds of MPs who wish to take control of the Commons to introduce a bill to force Mr Johnson’s hand on Brexit.

The pound fell as much as 1 per cent on Wednesday morning, before recovering slightly to trade 0.7 per cent lower against the dollar at just above $1.22 by lunchtime.

The currency has slightly recovered from near-historic lows in the latter half of this month as investors have broadly welcomed opposition plans to frustrate a no-deal Brexit.