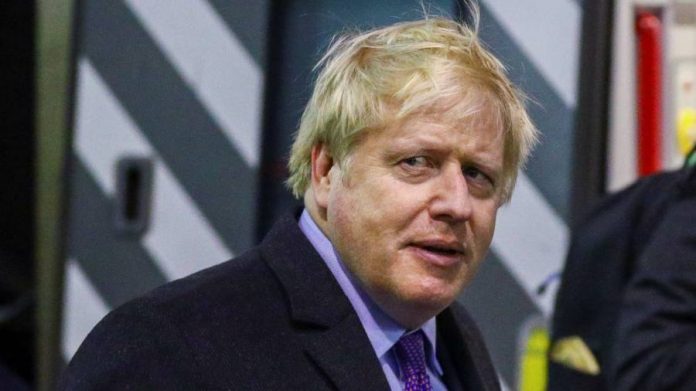 Boris Johnson set out his agenda on Wednesday for the first 100 days of a Conservative government if he wins the general election, led by plans to complete Brexit and a February Budget to implement tax cuts in the Tory manifesto.

The prime minister — whose election slogan is “Get Brexit done” — pledged that legislation to implement his EU withdrawal agreement will be put back before parliament ahead of Christmas, as he aims to take the UK out of the bloc by January 31.

Mr Johnson’s plans for a February Budget would enable him to give 31m workers about an extra £100 a year by raising the threshold at which people start paying national insurance to earnings of £9,500.

The Conservatives have a 10-point lead over Labour in the Financial Times’ poll tracker, but some senior Tories are nervous that a parliamentary majority may slip through their grasp if voters peel away at the last minute on the mistaken assumption that the party is assured of victory on December 12.

Mr Johnson stepped up his warnings against the possibility of a hung parliament that failed to end the Brexit gridlock by saying: “This is the most important election in a generation — important because it will define if we go forward as a country or remain stuck, stalled, repeating the same arguments of the last three years with yet more damaging uncertainty.

A Tory government would remain completely consumed by Brexit not just for the next 100 days, but for years to come

“In just seven days’ time the British people will have to choose between a working-majority government or yet another gridlocked hung parliament.”

If he wins the election, Mr Johnson would set out his legislative programme in a Queen’s Speech on December 19.

He would then bring his EU withdrawal agreement bill before MPs for an initial vote before Christmas.

Assuming the agreement was also approved by the European Parliament, the UK would leave the EU on January 31, although Britain would enter a transition period for the remainder of 2020 while Mr Johnson tries to finalise a trade deal with the bloc.

Some trade experts are sceptical about the prime minister’s timetable for finalising the deal.

Mr Bercow, speaking at an FT banking conference, said: “So far in the campaign it seems to me that the Conservatives have persisted successfully with the flawed but simple message ‘Get Brexit done’.

“I say flawed because the result of the election, even if it produces a majority for the Conservatives, might facilitate the speedy implementation of phase one — but that’s just the withdrawal agreement . . . The question of a trade deal with the EU . . . will still have to be debated.”

Mr Johnson’s plans for the first 100 days of his government would also involve launching a strategic defence review and starting cross-party talks aimed at agreeing a way of financing social care.

He would also seek to repeal the Fixed-Term Parliaments Act, which mandates elections every five years.

The legislation thwarted several attempts by Mr Johnson to call a snap election amid the Brexit deadlock.

Opposition politicians criticised Mr Johnson’s plans as being a continuation of the last government. They warned that another Conservative administration would still be dominated by Brexit in its early days.

He added that, under the Tories, “we’ve seen child poverty soar, rising homelessness, rising food bank use, and violent crime is up too”.

Ed Davey, deputy leader of the Liberal Democrats, accused the prime minister of “once again lying to the British public” about delivering on his commitments.

“A Tory government would remain completely consumed by Brexit not just for the next 100 days, but for years to come,” he said.

Banish the lows this Blue Monday with our top tips on kip, food and exercise — plus £9.50 holidays are back

Prince Harry gives emotional speech on decision to step down