Johnson finds his feet in Biarritz, but time is short 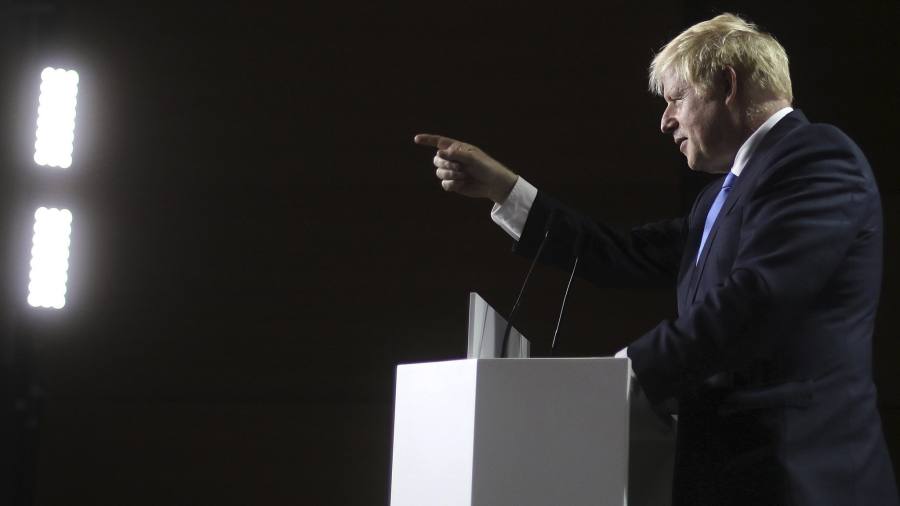 Boris Johnson has always insisted that the UK is leaving the EU, not Europe. That hypothesis was put to the test amid the faded grandeur of the French seaside resort of Biarritz, where the prime minister made his world stage debut at the G7 summit.

Although the stand-off with his fellow EU leaders over Brexit surfaced on a number of occasions, Mr Johnson’s performance in private on all key issues was designed to show that the UK’s aims and interests have not fundamentally changed.

He managed to stay in lockstep with fellow European nations on foreign policy, while forging a rapport with his most important ally at the G7, US president Donald Trump, according to senior diplomats with knowledge of the prime minister’s private meetings.

French president Emmanuel Macron, the host of the summit, found Mr Johnson “well behaved” and aligned with the Europeans on key issues such as Iran and the global climate, according to one official with knowledge of their meetings.

One senior European diplomat said the prime minister had played a key role managing tensions between Mr Trump and other leaders at a dinner on Saturday night in the Biarritz lighthouse.

“He has been much more constructive than he usually is in the public sphere,” the official said, in a dry reference to the UK premier’s colourful and sometimes provocative rhetoric.

The diplomat added that Mr Johnson had established a rapport with Mr Trump while holding firm at the summit to common EU positions in areas including Russia, Iran, Syria and Libya. At the dinner, Mr Johnson cited the nerve agent poisoning last year of the Russian spy Sergei Skripal on UK soil as a reason to maintain a tough stance against Moscow.

“Clearly, he has a manner Trump is more receptive to — unusually direct,” the official said. “But Johnson is not changing positions, he is not selling out.” The diplomat added: “For me, what it means is that governing is a sobering affair. Now he’s in charge.”

The official noted that the summit had been an illustration of the once-prized British diplomatic asset of acting as a bridge between Washington and other European capitals, which relied on London’s historic relationship with the US and its membership of the EU. “It’s ironic that he will lose that advantage on October 31,” the diplomat said.

Downing Street officials said Mr Johnson’s debut on the global stage had “gone as planned”. Although his critics marked him down for his coziness with Mr Trump, his allies said the G7 was proof that Mr Johnson could be taken seriously as a world leader.

“He’s been warm, engaging, stuck to his key messages, the communications have been good,” said one Johnson supporter, noting that good relations with EU leaders would be important for “enduring basic goodwill and managing the immediate bumps after October 31 [in the event of a no-deal Brexit] and thereafter”.

Boris went down well, leaders and diplomats were mostly impressed. But the fact is we’re still waiting for him to come to the table on Brexit.

On Brexit, Mr Johnson was never expected to make any real progress at the G7. In public, he held his tough line: the Irish border backstop must go, the UK will leave on October 31 regardless and it would not pay the £39bn divorce settlement in the event of no-deal.

This approach may have been applauded by Brexiters at home, but it prompted ire from Brussels, which insisted that the UK would still have to meet its financial obligations.

The prime minister’s public statements, however, contrasted with a more conciliatory approach in private according to European diplomats.

After trading barbs in public with Donald Tusk about which side would be to blame for a no-deal Brexit, the first face-to-face meeting with the president of the European Council went smoothly.

Those talks took place in a “positive atmosphere”, according to a another senior EU diplomat. “There continues to be a strong alignment of EU-UK position on those issues that have been discussed at the G7,” the official added. Mr Johnson did not even raise the Brexit bill in his meeting with Mr Tusk, according to the source.

Despite the apparent warmth in the Atlantic coastal resort, nothing has fundamentally changed on Brexit in Biarritz. Mr Johnson has just 25 days to produce comprehensive, realistic alternatives to replace the Irish border backstop and officials think he will struggle.

As one European diplomatic source put it: “Boris went down well, leaders and diplomats were mostly impressed. But the fact is we’re still waiting for him to come to the table on Brexit. The goodwill he’s built here could very soon fall apart.”