'Johnson and Cameron should be Eton alive over their shameful scandals' 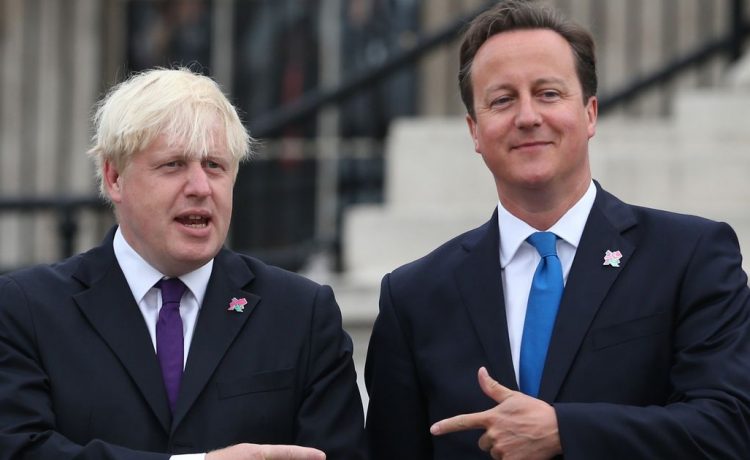 Two years ago a right-wing newspaper wanted Britain to know what a cold and heartless husband Jeremy Corbyn was and, by implication, what a shocking Prime Minister he would make.

They did so by devoting page after page to a hatchet-job book filled with smears and tittle-tattle underneath headlines like Married to a Joyless Fanatic, How Could Any Woman Vote For This Sorry Excuse of a Man? and UNFIT FOR OFFICE.

The most damning indictment of the then Labour leader’s callousness came in the form of claims from an ex-wife that he wasn’t very helpful with the housework, preferred to eat Tesco beans straight from the tin, and ­occasionally sang the odd Irish rebel song. What a complete bastard?

So, if a Leader of the Opposition has his character assassinated for scoffing cold pulses from cans on the marital couch rather than plumping its ­cushions, imagine what they would say about an actual Prime Minister ­horizontal dancing with his mistress on the family settee minutes before his wife came home? A mistress he had a four-year affair with, whose business did remarkably well out of her connections to the then Mayor of London.

Well, not much really. Following Jennifer Arcuri’s damning revelations about her affair with Boris Johnson to the Sunday Mirror, the Tory-supporting media gave it about as much attention as Pixie Geldof’s baby bump. And then it was mostly to joke about what a card old Bonking Boris is, or what a Wildean wit he is for exclaiming that a topless photo of Arcuri was “enough to make a bishop kick through a stained-glass window”. Even though that was ripped-off from crime writer Raymond Chandler.

Had Keir Starmer been at it on couches across London with Arcuri, they’d probably have christened him The Holborn Humper, crucified him for his hypocrisy and demanded he either leaves office or offers up his goolies for a live castration at PMQs.

Can you imagine if Ed Miliband had been accused, as David Cameron now is, of granting Whitehall access to a scandal-hit banker who was reportedly set to reward him with shares worth £43million? Someone he accompanied on a money-spinning desert camping trip with the barbaric crown prince of Saudi Arabia? Someone he begged the Chancellor to bail out with an emergency Covid loan?

Would Miliband be handed the relatively easy ride Cameron is now getting, or would he be given the same treatment his innocent father received a few years back and decried as a rabid “hater of Britain” who should rot in a gulag?

But he clearly believes it’s his ­birthright to, as Danny Dyer observed, “put his trotters up” and have wealth and favours drop into his lap.

Cameron has shared that sense of entitlement with fellow Old Etonian Johnson since their days in Oxford University’s Bullingdon Club where it was normal behaviour to trash restaurants and light £50 notes under homeless people’s noses without fear of retribution.

Both have had a gilded rise to the top believing it is fine for chaps like them to sow their oats
and fill their pockets with whosoever they choose.

READ  The legislation threatened by prorogation

Knowing they have so many friends in high places that free moral passes will be showered on them like confetti.

Makes you proud to be British, eh?