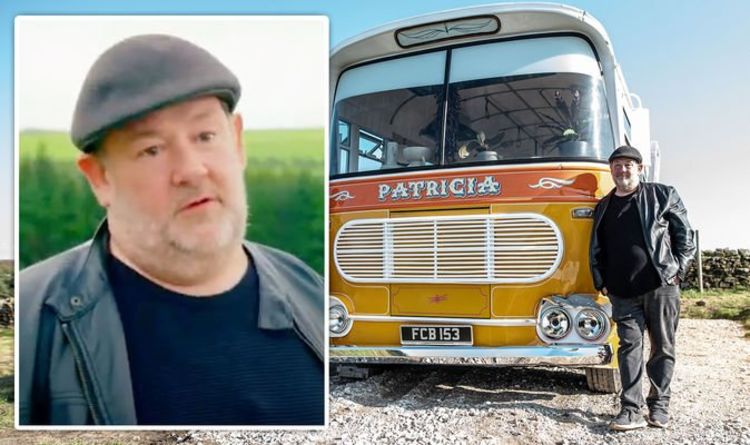 Johnny Vegas, 50, returns with a new episode of new show Carry on Glamping this evening. Yesterday, he responded to his agent Beverley Dixon’s post who detailed the history behind a piece of glass art he created for his Maltese bus, which he has named Patricia.

Paulleo, a builder from the show, shared snaps of the art feature on Twitter, writing: “A huge part of the show that had to be left out was this bespoke piece of glass art painted by Johnny personally but due to the weight we had to get it drilled.

Johnny’s agent shared the post and praised Paulleo for his efforts in repairing the art after it was damaged in transit.

The presenter responded to the chat, telling fans he was “gutted” about the art not being shown in his show.

Speaking to Radio Times Magazine, he explained why a particular moment during filming left him emotional.

He said: “The site we’d agreed on had fallen through.

“I’d just lost my mum, two years after my dad, so due to grief, Covid, being separated, away from my children and the fact I was starting to develop anxiety issues – I’d about had enough.”

Johnny said he doesn’t normally express his emotions on television, but said he became overwhelmed as the cameras were rolling.

He added: “It just came spilling out, and we left it in the programme because I’ve never been a fan of that TV documentary thing where people are like, ‘I’m on telly, so everything goes exactly to plan!’”

Jonny went on to say his new project meant a lot to him after going through a rather “unsatisfactory” period in his career.

He likened the feeling to being on a “treadmill” after work he was passionate about dried up. 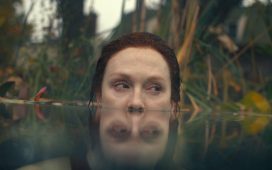