Games based on movies are, traditionally speaking, quite bad. So are movies based on games, in fairness, so it’s not exactly one way traffic, but it’s still always welcome when something comes along to break the mould.

John Wick Hex looks like exactly that. The upcoming game, hopefully due out some time in 2020 on PC and consoles, serves as a prequel to the three John Wick movies so far and was made in close collaboration with the movies’ director Chad Stahelski in an attempt to nail the feel.

There’s no shortage of videogame pedigree here either. Writer/director Mike Bithell made his name with the cult classic indie platformer Thomas Was Alone, following it up with stealth title Volume and the more contemplative Subsurface Circular and Quarantine Circular, all of which have received plentiful critical acclaim. 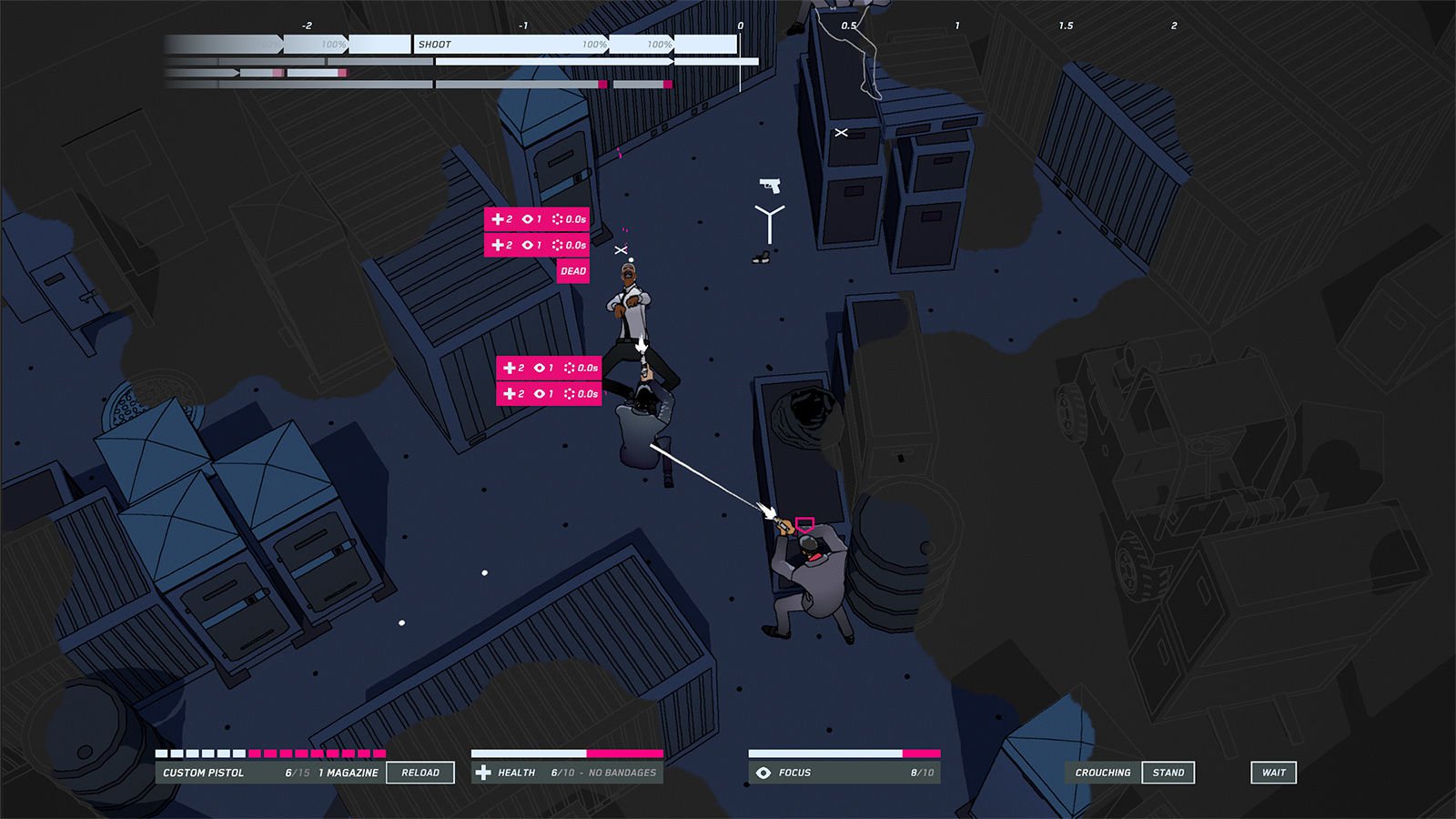 Still, that doesn’t mean crafting the perfect John Wick game was easy for Bithell. Speaking to him while getting to play Hex at Gamescom 2019 (where it picked up one of our best in show awards) he explained that he’d never wanted to just make a Call of Duty-style shooter, but that an early take on a one-man turn-based XCOM tactical game was “boring”.

The solution was to ditch turns and instead measure time. Hex still looks like an isometric, tile-based tactical title, but Wick’s enemies won’t politely wait for him to take his turn. Instead, Wick and his opponents act simultaneously, the relative speed of different actions determining what happens when.

Time only moves after you pick an action and freezes in between – a system that feels a lot like fellow indie favourite Superhot, though Bithell says the comparison only came up after the fact – and a bar along the time of the screen displays the time cost of every action. 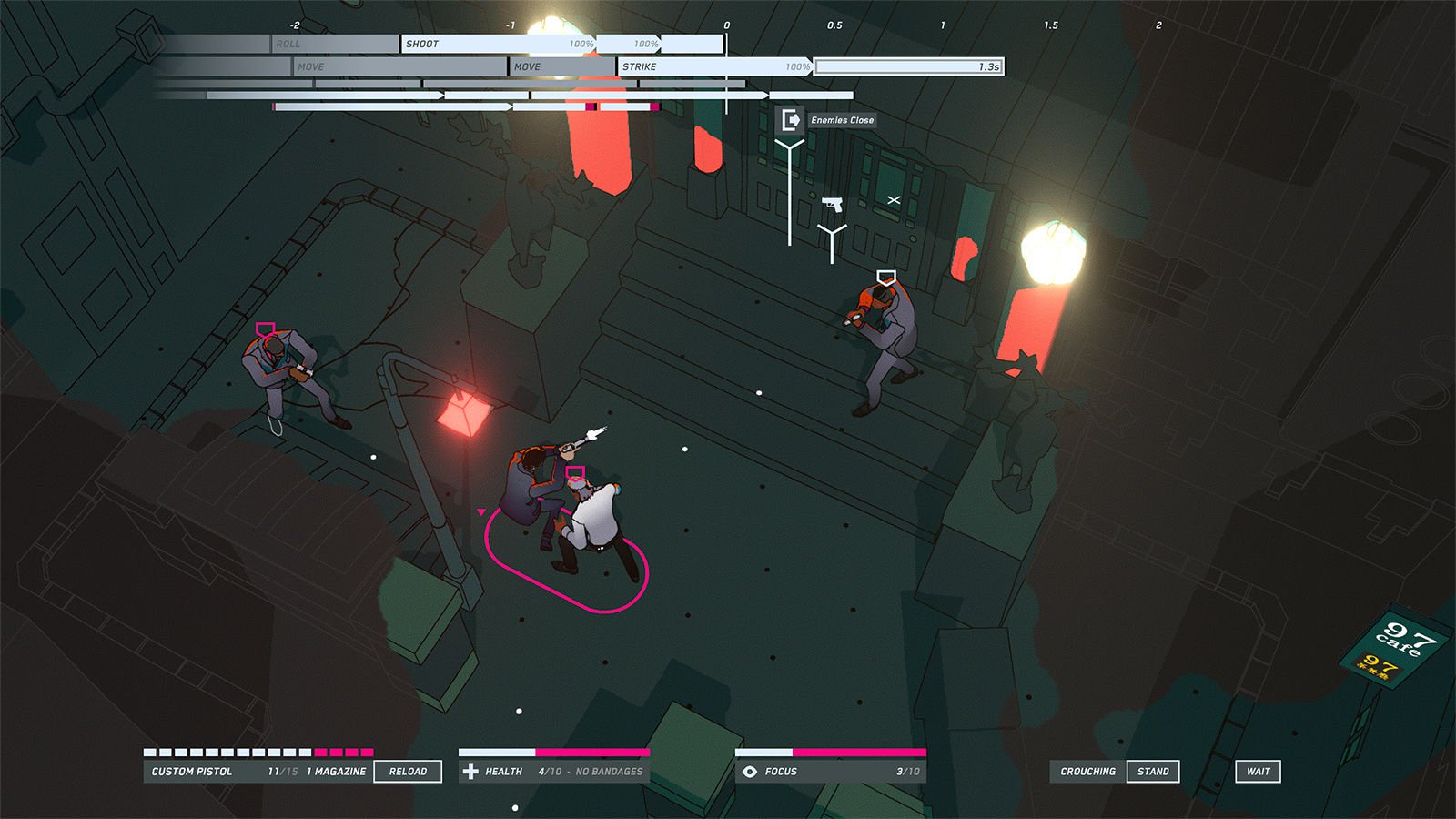 Sure, that grunt over there might be about to shoot you, but if you can fire first (and second, Wick only ever shoots pistols with a double tap) you’ll stop them ever taking that shot. If they’re going to get there first then moving to try and dodge the shot makes more sense, giving you the chance to duck behind cover, crouch for a better shot, or move in close for a melee takedown.

Against one opponent it’s a simple game of who-shot-first, but as soon as more than one mobster steps into the frame things get more interesting, as you’ve got to weigh up how quickly each enemy will act, balancing it against each of Wick’s myriad moves.

It’s a system basically designed to make you think and act like Wick would, an ethos that runs through the whole game. Bithell said that early playtesters used to XCOM would approach unknown areas too cautiously – not very Wick – so the game now interrupts your movement every time an enemy appears, giving you a safe chance to react. 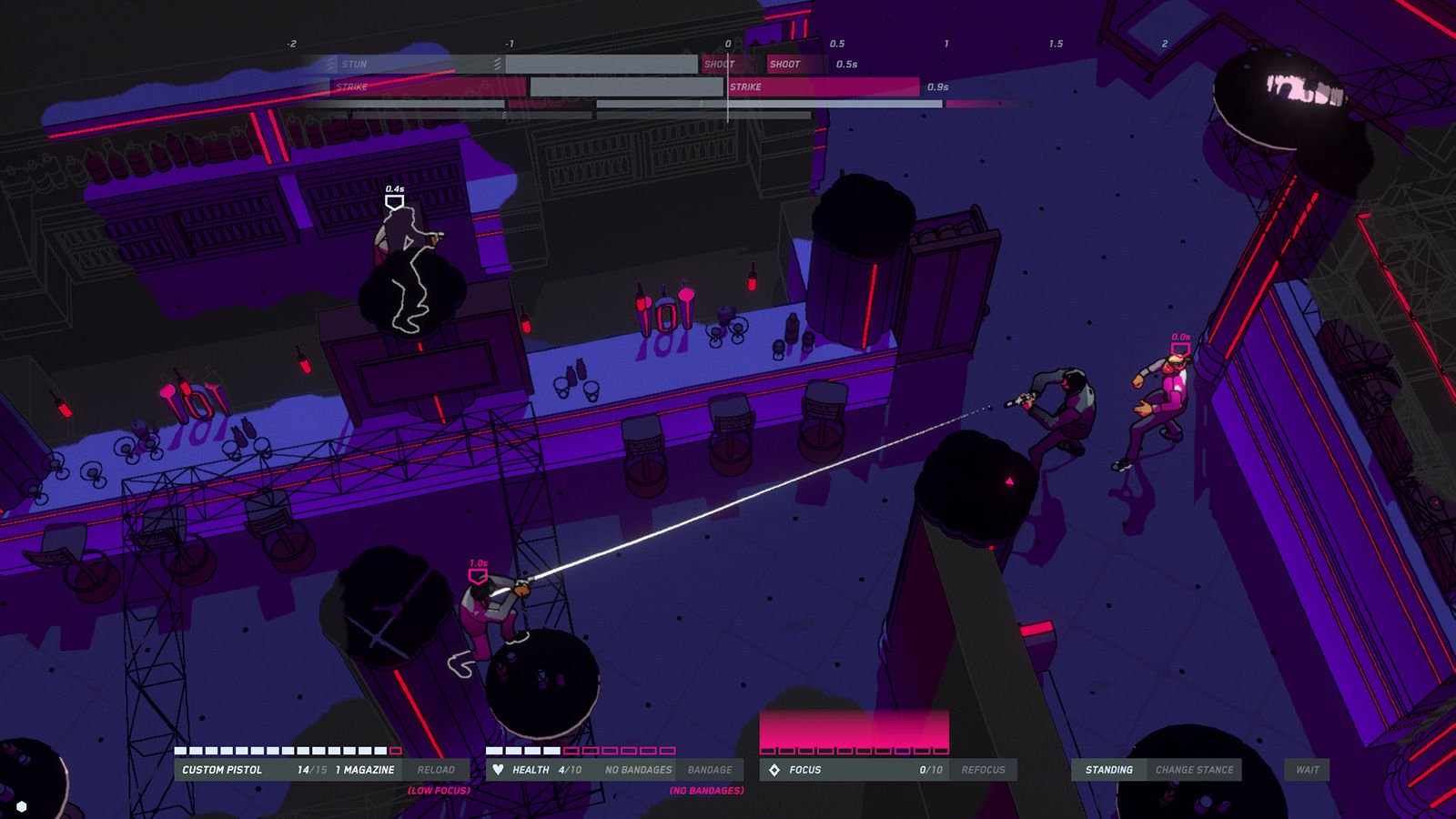 Fog of War was added after Stahelski complained about Wick’s omniscience (“Keanu can’t see around corners!”) and even reloading is movie-accurate: if you reload before emptying a clip, you’ll throw away all the remaining bullets.

Fortunately plenty of the bad guys carry guns, and Wick is good at relieving opponents of them. With that in mind much of the game’s rhythm involves darting from gun to gun, emptying it before grabbing another – and even throwing them as an extra attack.

I only got to play with pistols, but rifles, shotguns, machine pistols and more will be in the full game. Bithell says melee and environmental weapons won’t be included, but there’s a robust melee combat system here too, with strikes, parries, and takedowns that each interact in different ways. 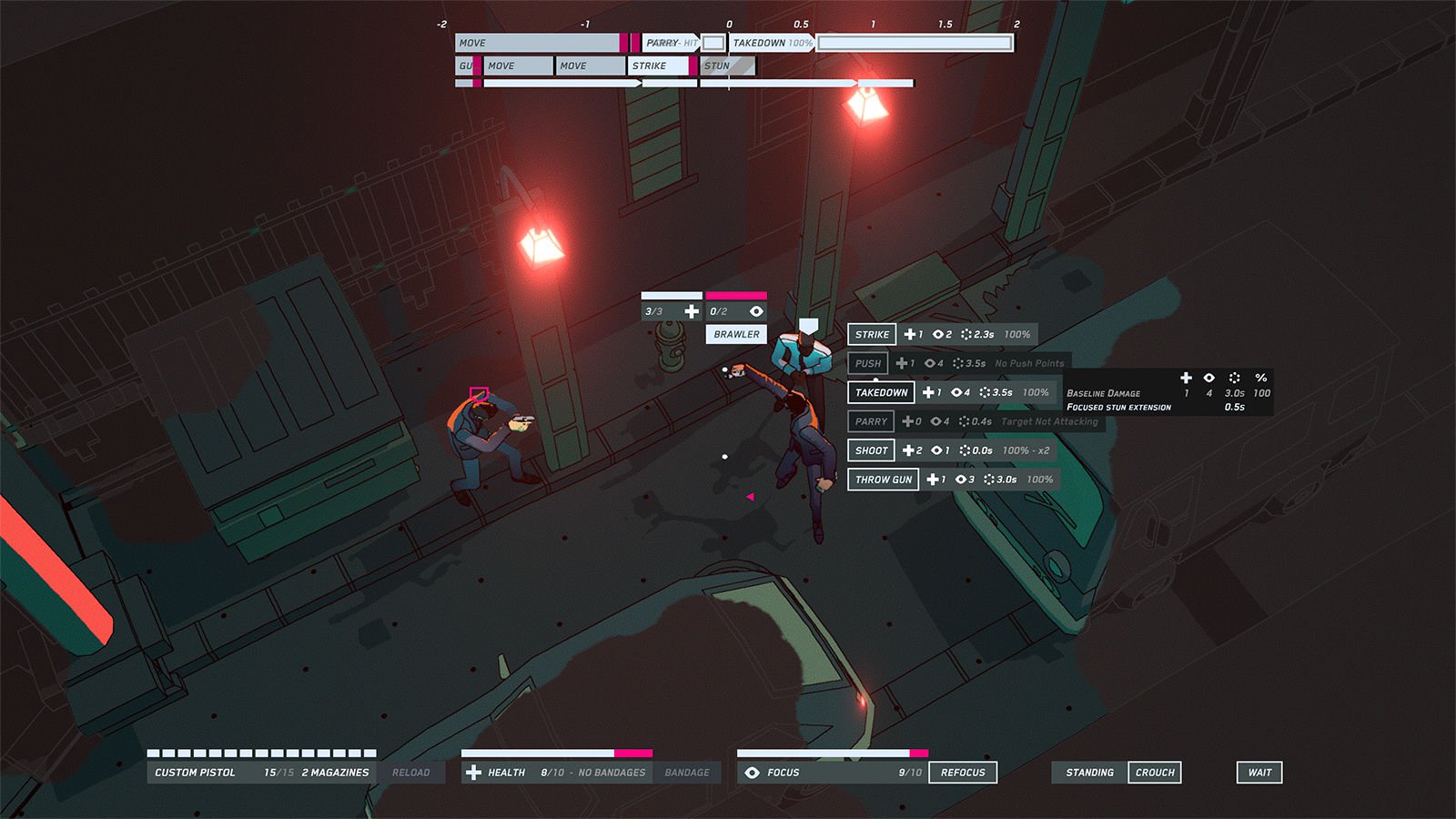 John Wick Hex is basically a top-down tactics game with the time system of Frozen Synapse or Superhot, but it’s maybe best to think of it as its own new genre: the John Wick sim.

From top to bottom this is meant to make you feel like Keanu’s iconic assassin, and the remarkable thing is that even with a floating camera and cel-shaded visuals it absolutely achieves it.

With every crouch, roll, punch, gunshot, and takedown I felt more and more like Wick as the 30-minute Gamescom demo went on, each and every mechanic subtly encouraging you to think and kill like he would. WWJWD?

Shadow of the Colossus, Sonic Forces are March's PlayStation Plus games

How long does the Overwatch Mardi Gras Challenge last?