John Bercow: key moments when Speaker was far from retiring 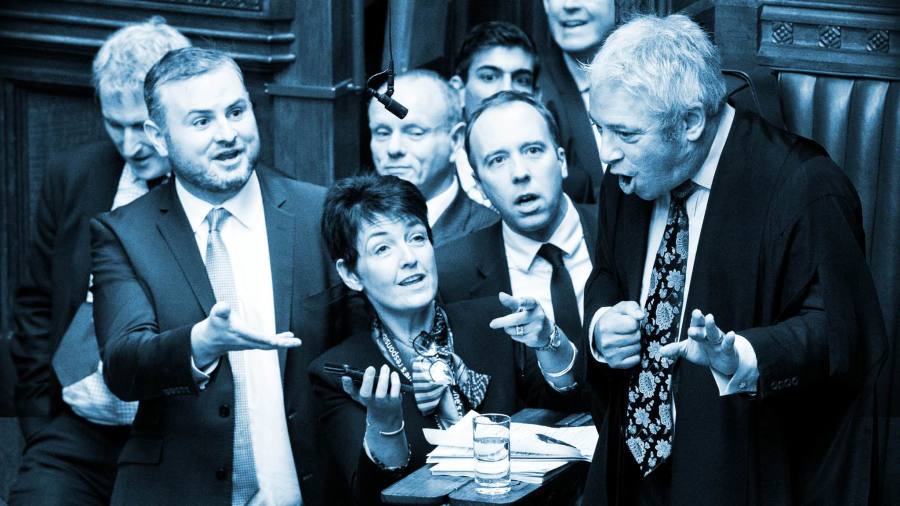 John Bercow, who retired as Speaker of the House of Commons on Thursday, was probably the most significant holder of the post since the second world war and certainly the only one to become a minor global celebrity.

In his 10 years in office, Mr Bercow has made interventions that have influenced the course of the Brexit process and brought him to the attention of the British public and international media. Many opposition MPs believe he has done more than most previous Speakers to stand up for them in the face of executive power.

However, he has also faced allegations of bullying, which he has strongly denied.

Here are the five big moments in Mr Bercow’s reign.

Permitting the Benn Act against a no-deal Brexit

In September, Mr Bercow allowed a “rebel alliance” of MPs to take over the Commons order paper and pass legislation outlawing a no deal Brexit on October 31. This was arguably his single most important intervention as Speaker.

Boris Johnson could have taken the UK out of the EU with no deal this week if the so-called Benn Act — moved by veteran backbencher Hilary Benn — had not been passed. Speaker Bercow allowed a motion paving the way for the Act to be tabled, breaking with parliamentary convention so the bill could be enacted.

“This was a huge break from normal procedure and leaves a lot of uncertainty over what future Speakers can allow with emergency debate motions,” said Maddy Thimont-Jack of the Institute for Government.

Helping to bring about the 2016 EU referendum

READ  Stay safe on the roads for less by cutting car costs with our savvy deals — plus you could win £50,000 in our raffle

Although Mr Bercow is sometimes accused of being supportive to Remainers, he played a subtle role in helping bring about an EU referendum in the first place.

In 2013, Mr Bercow allowed Eurosceptic Conservative MPs to seek to amend the Queen’s Speech, outlining the government’s legislative programme, in a way that pushed then prime minister David Cameron into accepting a Brexit referendum.

Once the amendment had been allowed by Mr Bercow, more than 100 Conservative MPs said they would vote for it. This forced Mr Cameron to head off a rebellion by announcing that the Conservative party would back a bill to hold an EU referendum by 2017.

In 2017, Mr Bercow blocked US president Donald Trump from addressing parliament on his state visit to the UK.

Mr Bercow told MPs that the opportunity to speak in Westminster Hall during a state visit “is not an automatic right, it is an earned honour.”

He said: “I feel very strongly that our opposition to racism and to sexism and our support for equality before the law and an independent judiciary are hugely important considerations in the House of Commons.”

Mr Bercow has been criticised for not doing enough to tackle allegations of bullying and harassment in the Commons. A report last year by Laura Cox, a former judge who investigated complaints of bullying by Commons staff, concluded it was “difficult to envisage” a culture change under the current leadership of the House.

The Speaker has also been accused of mistreating several members of his own staff, which he has denied.

Mr Bercow’s former private secretary, Angus Sinclair, told the BBC that the Speaker undermined him by mimicking him, shouting and swearing — and once smashed a mobile phone on a desk in front of him.

David Leakey, a former top parliamentary official who worked closely with Mr Bercow as ‘Black Rod’, said new rules allowing old incidents to be investigated had come “too late” to hold the Speaker accountable before he leaves office.

Standing up for the rights of MPs

Mr Bercow has done more than any previous Speaker to empower MPs and put the executive under pressure. He allowed greater scrutiny of government ministers by MPs, regularly allowed prime minister’s question time to run beyond its normal half-hour slot and empowered backbenchers so they could force the publication of government documents that ministers wanted to keep secret.

This year, he was instrumental in helping Labour to bring an unprecedented motion of contempt in the government, for failing to publish its Brexit legal advice. He also refused to allow Mrs May to keep bringing back her Brexit deal to the Commons for a meaningful vote, saying this could not keep happening in the same session.

All this has led Tory MPs to be hugely critical of the way he has managed his role. Many believe he sided with Labour and often proved a more effective leader of the opposition than Jeremy Corbyn.