The Joe Rogan hot take about video games has turned heads among fans and critics, though likely is uncharitable to his own views.

It seems that a significant portion of the Joe Rogan fanbase and critics has bucked up against the opinions of the man at the center of the often controversial podcast. In a recent episode of the Joe Rogan Experience, Rogan takes aim at gaming being a “problem” and a waste of time for aimless kids. While the quotes don’t do him any favors, he is likely shortchanging his own beliefs and experiences in the process.

In Joe Rogan Experience #1514 with special guest Joe De Sena, the two managed to get on the subject of productive hobbies and creating something in the process. Rogan mentions that people who lack those substantive hobbies (supposedly “art, jujitsu, or comedy”) don’t model good behavior to their kids. In turn, children will turn to things like drugs or gaming which are “fun” but a waste of time.

You can catch the full exchange of the conversation below:

From here, let me point out that there is some nuance to this discussion that isn’t being caught in the polarized opinions of Rogan. For one, Rogan does underline that there is a way to make gaming productive — specifically if you decide to play games competitively or become a content creator that can turn it into the living. He also doesn’t seem to fully grasp that much of gaming creates adaptable skills — while being an expert at League of Legends won’t make you instantly an expert at Dota 2, many of the skills are easily transferred.

The opinion is strangely harsh from Mr. Joseph Rogan, who is himself a regular Quake fan; there is undoubtedly some truth to escapism and living vicariously through gaming in a healthy way. However, categorizing gaming as a waste of time is devoid of some of the positive mental health benefits, artistic vision, or social connections you can get through playing games. While we wouldn’t be expecting Joe Rogan to walk this back anytime soon, you may want to take his opinion with a grain of salt. 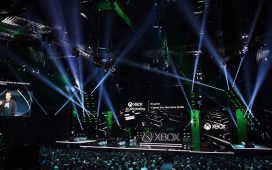