Joan Staley Dies, The Ghost and Mr. Chicken Star Was 79 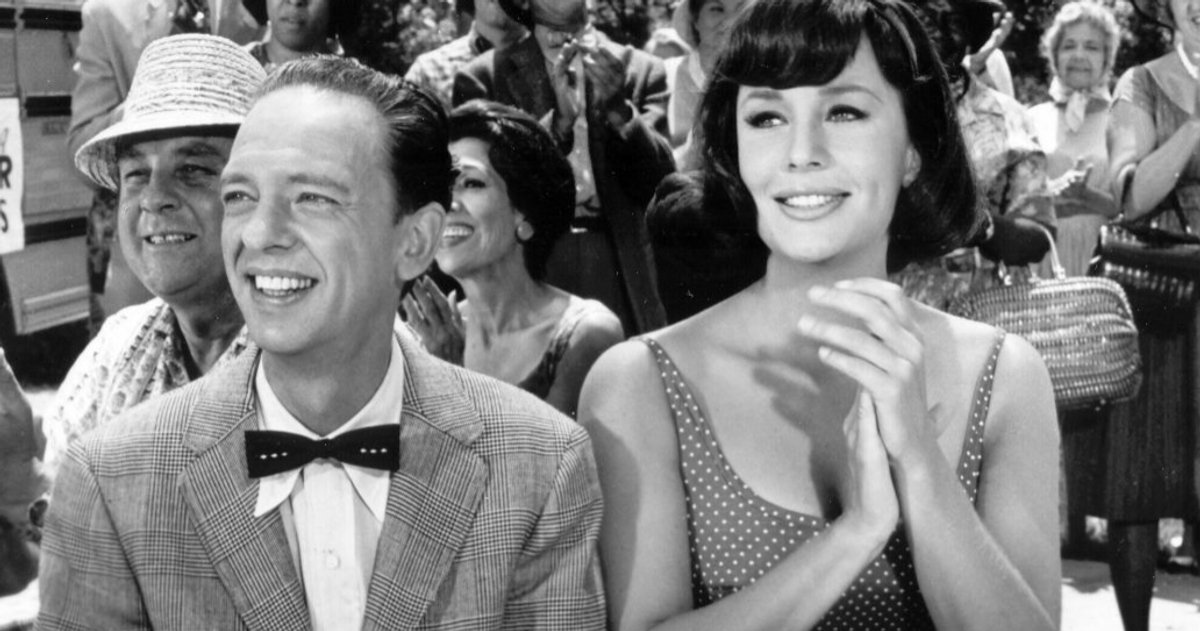 Actress Joan Staley, who is perhaps best known for starring opposite Don Knotts in the 1966 movie The Ghost and Mr. Chicken, has died. According to her family, Staley passed away on Sunday due to heart failure at Henry Mayo Newhall Hospital in Valencia, California. She was 79 years old.

Born in 1940, Staley discovered a very early interest in performing, taking to the violin at the age of three. By the time she was six, she auditioned and won first chair/second violin for Peter Meremblum’s Junior Symphony. This talent got Staley noticed and led to her first film appearance as a child violinist in the 1948 movie The Emperor Waltz, which starred Bing Crosby and Joan Fontaine.

After getting bit by the acting bug, Staley stuck with it and was acting on the stage and in television as a young woman. Some of her earliest TV appearances included roles on shows like Playhouse 90 and Westinghouse Studio One, which would in turn open more film and TV opportunities. In 1958, Staley appeared in her first TV role for Perry Mason, and that same year, Hugh Hefner had selected her as the model for Playboy’s Miss November. Around this time, Metro-Goldwyn-Mayer also signed Staley to a contract, leading to some prominent roles to come in the following years.

In 1964, Staley snagged one of her most well-known roles by starring as the girlfriend of Elvis Presley’s character in the movie Roustabout. A particularly memorable scene called for Staley to slap Elvis across the face, and according to the actress, the slap we see in the movie is completely real. “I asked him if he wanted me to pull up,” Staley previously claimed in the 2001 book Fantasy Femmes of Sixties Cinema. She adds: “He said, ‘No.’ I said, ‘Are you sure? I could leave a welt.’ He replied, ‘That’s OK.’ So I belted him. That slap you hear in the film was not put in afterward – that was the slap.”

The year of 1966 would be one of the best years of Staley’s acting career, though it also came with a personal tragedy which would alter her life forever. During that time, she appeared in perhaps her best-remembered role as Don Knotts’ love interest Alma Parker in the classic haunted house satire The Ghost and Mr. Chicken. Staley also starred opposite Audie Murphy in the 1966 movie Gunpoint and appeared on the classic Batman TV series as Shame’s sidekick Okie Annie. After these roles, Staley broke her back in a horseback riding accident, and the injury led to her retiring from film to focus solely on TV acting.

Following her accident, Staley only worked sparingly for the following years. She would go on to appear in limited roles on shows like Rango, Mission: Impossible, Ironside, and Adam-12. The final acting role of her career would come in 1982 when she guest starred on an episode of the TV series Dallas, in the episode “Mama Dearest.”

Staley is survived by her husband Dale Sheets, children Dina, Linda, Victoria, Patricia, Sherrye, Stephanie, and Greg, 10 grandchildren, and 26 great-grandchildren. At this time, our thoughts are with Staley’s family and close friends. May she rest in peace. This news comes to us from The Hollywood Reporter.