Jimmy Fallon was just as moved by a little girl’s heartbreaking song about dinosaurs as you were.

On Tuesday, British musician Tom Rosenthal posted on Twitter an audio recording of his almost 4-year-old daughter Fenn singing her first solo song, “Dinosaurs in Love,” saying she came up with the lyrics and he helped her with the music, and backed her up on the piano. The track went viral.

On Thursday, Fallon covered the song on The Tonight Show Starring Jimmy Fallon…complete with a British accent. His house band The Roots joined in.

Rosenthal tweeted in response to the cover, “Life is very strange.”

The song’s heartbreaking lyrics are as follows:

Listen to the original song below:

Fenn, my nearly 4 year old daughter, recorded her first ever solo song today. She came up with all the words herself and I helped her a little bit with the tune. It’s called ‘Dinosaurs in Love’. ?❤️? pic.twitter.com/erCgG0sUvP

“She can just about count to 20 so she doesn’t really get it if I say that half a million people have listened to the song,” Rosenthal told CNN about his daughter. “I told her that her grandma liked it and she wasn’t that fussed about that. She enjoyed doing it, she listened to it when it was done and then she was gone.”

DINOSAURS IN LOVE is now on @Spotify! Get streaming! This has all been truly mad. Thank you. All proceeds from this song will go to Wildlife charities. ?❤️?https://t.co/ION4FS12wj pic.twitter.com/1XmgtJxR54

“Dinosaurs in Love” is available on Spotify now. 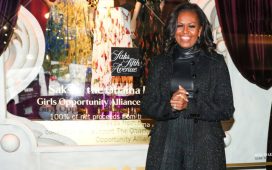 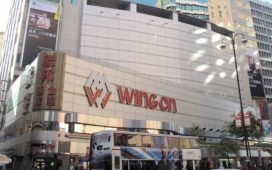