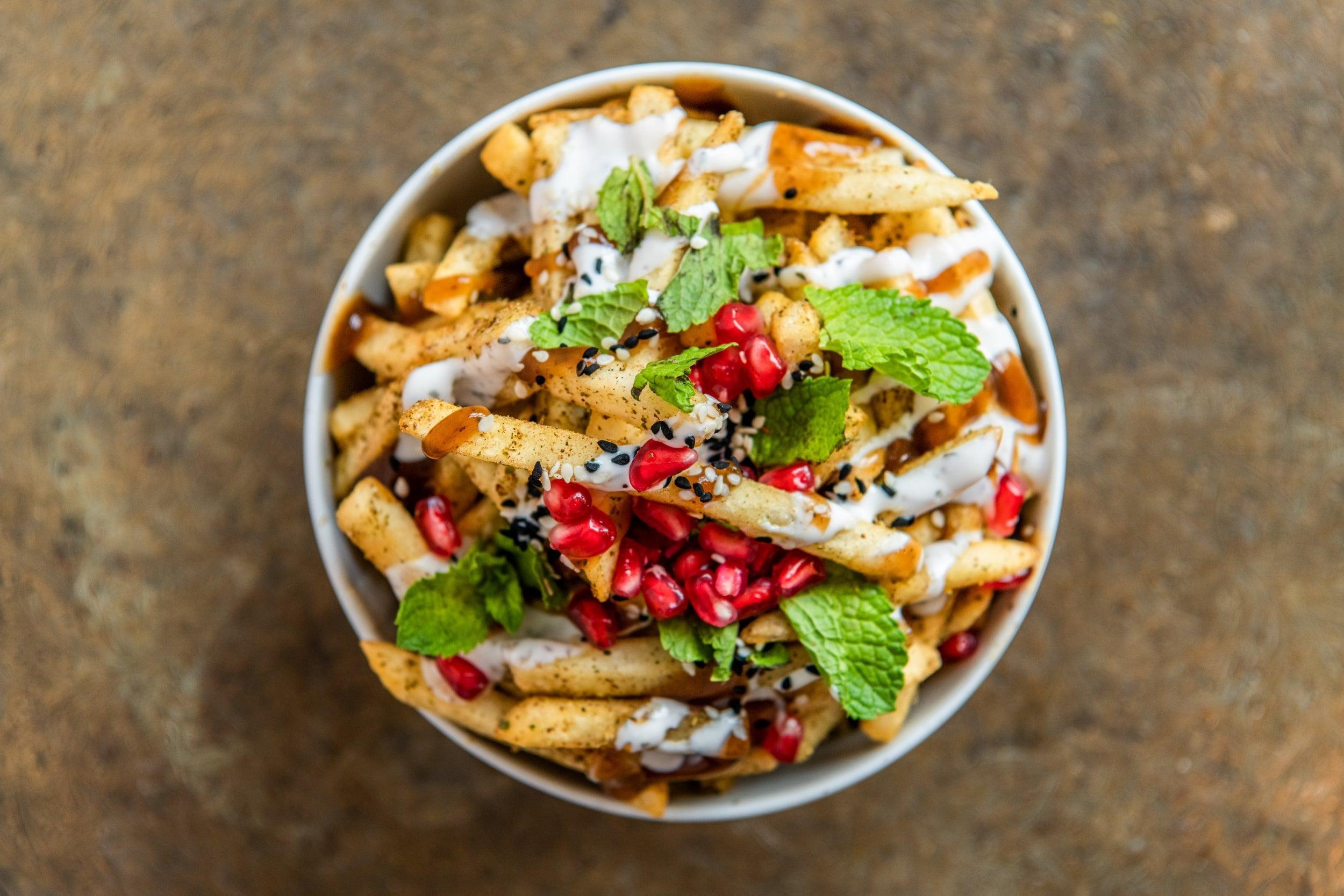 If you ever want to have a possibly fatal argument with someone in your life — and you’d specifically like that argument to be over which restaurant to go to — you could do worse than head to Camberwell Church Street.

Seriously. Despite living a 20-minute bike ride away, I’d not fully appreciated that this connective strip of south-east London — which takes in pizza at Theo’s, Xinjiang cuisine at Silk Road and new-wave Nigerian at I Go Chop — is now so well stocked with varied, inexpensive places to eat as to be almost ridiculous.

And now, to make things even more appealing (or, I suppose, potentially fraught) here is the new Church Street branch of family-run Kurdish phenomenon Nandine: a restaurant of such vividness, heart and unassuming dexterity that I’m struggling to conceive of anyone stepping through its doors without falling in love.

Nandine, which means ‘kitchen’ in Kurdish, has a seductive origin story (head chef Pary Baban reinterprets the food of her native Kurdistan alongside her husband, Pola, and young co-manager sons, Rang and Raman). And the elements that coalesce here feel especially precious and rare, too. With branches in Vestry Road and Peckham Levels as well, Nandine is sneakily cool, ‘hang-on-they-must-have-left-something-off-the-bill’ cheap and extols a pure hospitality that emerges in grill-torched meat, deep-rutted spiced flatbread and pomegranate seeds glimmering on fragrant sauces.

I met my mate Chris there on a sweltering, busy weeknight and you could immediately sense the influence of both generations of Pary Baban’s family on the tight-packed room. It has banks of scholastic wooden tables, copious plants, modular patches of DIY shelving and, looming large, a striking light-up picture of a headscarfed woman looking wistfully out to mountainous pastures. First came a trio of vibrant introductory dips — cooling tzatziki with the blunt edge of bitter capers; lime hummus beneath oiled sumac and sesame seeds; a pomegranate-laced red pepper ‘muhammara’ bursting with acidic sweetness. These offered a rollicking primer on the ways Kurdish food pulls from neighbouring regions (Iran, Turkey, Syria) while honouring its own traditions of sour, multilayered flavour.

A prolonged blur of torn bread hunks, messy forkfuls and indecent groans of pleasure followed. Tapsi was a puck of roasted aubergine, golden shreds of onion and tomato and pepper stew, dissolving into a glorious, piquant mush over plump rice. Flame-crackled chicken wings were most notable for a wholly outrageous yoghurt dip, topped with pink pickled vegetables, while the kifta dish was rare-cooked beef stuffed with sultanas and almonds, served in a herbed, yoghurt-rich chickpea broth. And then there were the beharat fries; a hot, hectic nest of potato, chilli spice, tamarind glaze, yoghurt, mint and pomegranate that it is physically impossible to not eat by the fistful. Storming.

There were minor blots. Dolma — aka vine leaves, onions and peppers stuffed to bulging with rice — could have used more assertive spicing. Chris wasn’t sold on the sundae-ish, orange mahalabia coconut milk pudding. But, truly, I can’t think of another opening that feels as fun, culturally meaningful and generous as this place. As we finished our beers and left, Pary was visible in the open kitchen, her sons buzzed around the rammed room while their dad happily ushered people in from the hungry thrum of Camberwell Church Street. Nandine is one part of a burgeoning empire that resembles an intimate meal in an overflowing home. I have a feeling its extended family of devotees is going to grow and grow.

READ  You can now book a stay at the B&B featured in Groundhog Day
Share on FacebookShare on TwitterShare on PinterestShare on Reddit
newsgrooveAugust 28, 2019