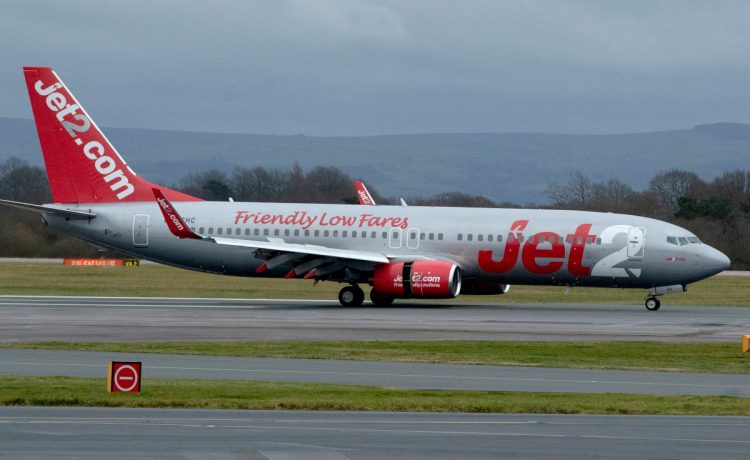 TRAFFIC light chaos and uncertainty has lead to the UK’s second largest tour operator, Jet2, cancelling ALL international flights and holidays up to July 1.

The travel giant suspended its programme up to June 24 following the original green list announcement but today’s changes – including moving Portugal, Madeira and the Azores to the amber list – has prompted them to delay the restart yet again.

Trips to Turkey – currently on the RED list in the government’s traffic light system – will be further delayed until July 22.

And the holiday favourite’s boss Steve Heapy hit out at the government’s handling of the restart of international travel.

He said: “We know how disappointed our customers and  will be and we share their concerns and frustrations.

“When you apply the Government’s own criteria for making decisions about travel, we simply cannot understand why more destinations across Europe, the Mediterranean and the Canary Islands are not allowed to open to UK holidaymakers.

“We are now calling for complete openness and transparency when it comes to the data, so that customers and the industry can really understand what is driving these decisions.”

The company will also be allowing anyone with a holiday booked to a current amber list destination due to depart between July 1 and 21 to amend their booking free of charge.

Anyone affected by the recent changes or due to travel before July 1 to an amber list country will be given the option of a full refund or a rebooking.

He said: “Unlike other companies, we will refund customers if they want their money back and we will not force them to accept refund credit notes.

“We know international travel can restart safely, so we urge the Government to urgently reconsider its approach and work with the industry to help us achieve that.”

It comes as Portugal has slammed the UK’s decision to move it to the ‘amber list’ in a new blow for British holidaymakers.

The country’s ministers have said it’s hard to grasp the logic behind the demotion, describing it as “unfair and completely inadequate”.

Portugal was today relegated to Britain’s amber list after ministers sounded the alarm about a worrying new “Nepal mutation” of the Indian variant detected in the holiday hotspot.

Transport Secretary Grant Shapps this afternoon sent thousands of travel plans up in smoke by advising Brits NOT to go to the popular destination – and making returning passengers self-isolate from 4am next Tuesday.

After the announcement was made public, Portugal’s Ministry for Foreign Affairs tweeted: We take note of the British decision to remove Portugal from its ‘green’ travel list, a decision whose logic is difficult to grasp.

“Portugal continues to carry out its prudent and gradual deconfinement plan, with clear rules for the safety of those who live here or visit us.”

Eduardo Jesus, the Regional Secretary for Culture and Tourism of Madeira, said: “We are already reacting with the British government, presenting a set of arguments we believe are valid, and pointing out that this decision is totally incorrect for Madeira, inadequate and above all, very unfair.”

He told local press: “The reality of Madeira has been different from the national reality for a long time, with a model adopted here for controlling entry and monitoring citizens throughout their stay in the region.

“Furthermore, it is important to bear in mind that Madeira is in a much more advanced state with regard to the vaccination process than mainland Portugal and this is also a factor of confidence, not only for those who live here, but also for those who visit us.

“The risk of British citizens traveling to Madeira is reduced by the fact that the overwhelming number of passengers come on direct flights.”

Confirming Britain’s “difficult but decisive decision” – first revealed by The Sun – Mr Shapps warned 68 cases of the Indian “Delta” Variant had been identified in Portugal.

They include cases of the emerging Nepal mutation – and the minister said it was currently unclear if vaccines were effective against the strain.

Mr Shapps said: “We just don’t know the potential for that to be a vaccine-defeating mutation and simply don’t want to take the risk as we come up to June 21 and the review of the fourth stage of the unlock.”

Portugal’s infection rate has been doubling since it was moved to the green list on May 17.

Amid a furious backlash from hard-hit airlines, the minister acknowledged the industry had “suffered” but pointed to billions in Government bailouts.

And Mr Shapps added: “It’s safety first to get our unlock done at home”.

Portugal turning amber is a bitter blow for holidaymakers who made bookings after Portugal became one of the only European hotpots on the green list from May 17.

The move means anyone coming back will now have to isolate for ten days when they get home – with the option to test to release on day five.

Anyone coming into the country will already have to show a negative Covid test, and pay for more in the days after they land back in Britain.