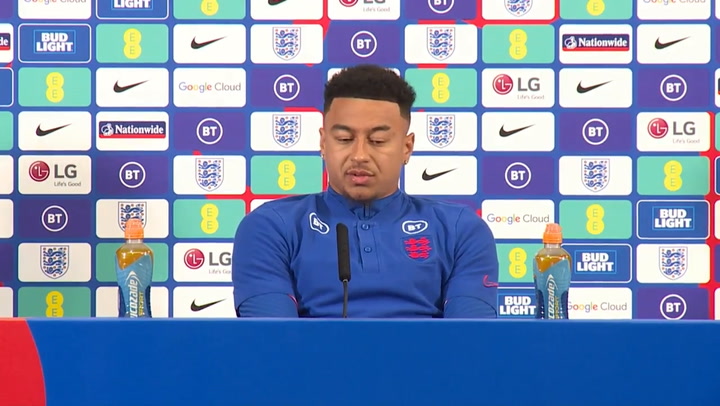 Jesse Lingard has been handed a new January transfer option after hinting he could leave Manchester United in search of “regular football.”

Newcastle‘s Saudi Arabian-backed takeover means the north-east club could be about to make a splash in the market and offer Lingard his desired minutes, with the Red Devils academy graduate reportedly being discussed as a target.

The 28-year-old has played just 45 minutes of Premier League football so far this season and wants to ensure he is included in Gareth Southgate’s squad for the 2022 World Cup – should England qualify and make it to Qatar in 14 months’ time.

Many expected him to sign for West Ham during the summer window after a productive loan spell in the second half of last term but he opted to remain at Old Trafford and fight for his place, but is said to have rejected a new contract as he seeks assures over his game-time, with his current deal expiring next summer.

Newcastle have reportedly discussed the option of signing Lingard
(

The Telegraph say that Lingard rejected a temporary switch to St James’ Park in favour of the London Stadium in January, where he scored nine goals in 14 top-flight games to help David Moyes‘ men qualify for the Europa League this campaign.

But now the Magpies, backed by the mega-rich Saudi Public Investment Fund (PIF), are considered to be a far more attractive destination, with Burnley defender James Tarkowski set to be their first signing under the new regime.

The United midfielder has made contributions from the bench in league play – ironically scoring against both Newcastle and West Ham as a substitute – but has not been able to nail down a place in Ole Gunnar Solskjaer‘s starting XI, something he hopes ‘will change’ soon.

Would Newcastle be a good option for Lingard? Give us your verdict here.

“If I keep performing well and doing well you never know what might happen,” Lingard stated. “So I keep confident in myself and when I get when I get time on the pitch I’ve got to carry on doing what I’m doing.

“It’s one of those things I’m going through at the moment but I think on recent performances hopefully we’ll see a change in the next few weeks.”

During pre-season, Solskjaer declared that Lingard would have a “big part” to play in 21-22, but the embarrassment of riches when it comes to attacking talent has made minutes hard to come by.

Amanda Staveley, who headed the consortium which paid Mike Ashley £305 million for the St James’ keys, recently outlined Newcastle’s immediate transfer plans as she noted the PIF and co will be making a “long-term investment.”

“We’ve got a great squad,” Staveley told Sky Sports News. “We’re really excited about strengthening the squad, but we have to work within Financial Fair Play and make sure this is done over a longer term.

“But you can know and be reassured that we want to invest at every level. We want to get the best squad we possibly can,” she added.

“Everybody talks about it [big-name players], but what you need is a team that works well together. That’s also just as important.”