Jess Gillam, Classical Vauxhall, review: everything a classical concert should be 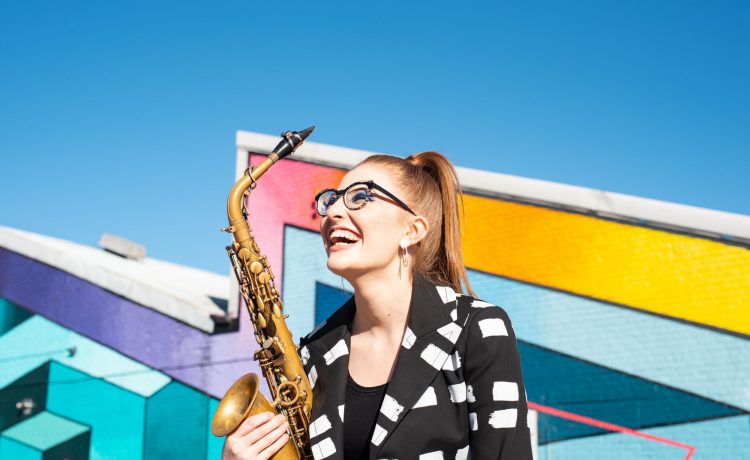 If anyone can solve the problem of classical music in the UK it’s saxophonist Jess Gillam. At just 22 years old, her irrepressible, unpretentious, outrageously virtuosic music-making has already won her major gongs including a Classic Brit Award.

And, as listeners to her Radio 3 show This Classical Life already know, she talks about music as well as she plays it. If I were the culture secretary I would be drafting her immediately, and sending her into every school in the UK.

She is one of a starry handful of young artists performing at Classical Vauxhall – a festival going all-digital in this, its second year. Joined by regular duo partner, the pianist Zeynep Ozsuca, she has put together a typically eclectic programme with the aim of showcasing the versatility of the saxophone – an instrument which, until Gillam came along, had never before made it to the BBC Young Musician final.

Borrowing freely from other instruments – an oboe sonata here, a flute piece there – as well as commissioning plenty of new works, she makes an unarguable case for the saxophone, and uncovers some new colours in the repertoire along the way.

Take the “Poulenc Oboe Sonata”, for instance – its shy opening Elegie loses none of its fragility here, performed on soprano sax, but gains a chesty plangency at the bottom of the register to balance out the androgynous purity of the high-lying phrases. The work’s natural bluesiness comes more to the fore, and in Gillam’s hands the giddy, dancing Scherzo is the best kind of Parisian romp – a match for the explosive, rhythmic groove of Graham Fitkin’s “Gate”.

But it is Gillam’s control that is even more impressive than her release. We hear it in Luke Howard’s “Dappled Light” with its flickering stillness, Oszuca’s delicate piano rippling and refracting through the clear prism of Gillam’s phrases,
and again in the quiet, unforced lines of John Dowland’s “Flow My Tears” – a brilliant example of programming that makes total sense of a 16th-century lute song next to a new commission, next to a 20th-century chamber music classic.

Ozsuca and Gillam are a long-time duo, and it’s a joy to watch their easy, often playful communication, to hear the musical gauntlets they throw down for one another, to feel them change the mood in a moment with their articulation.

It’s everything the classical concert in the 21st century should be. And they’re only just getting started.