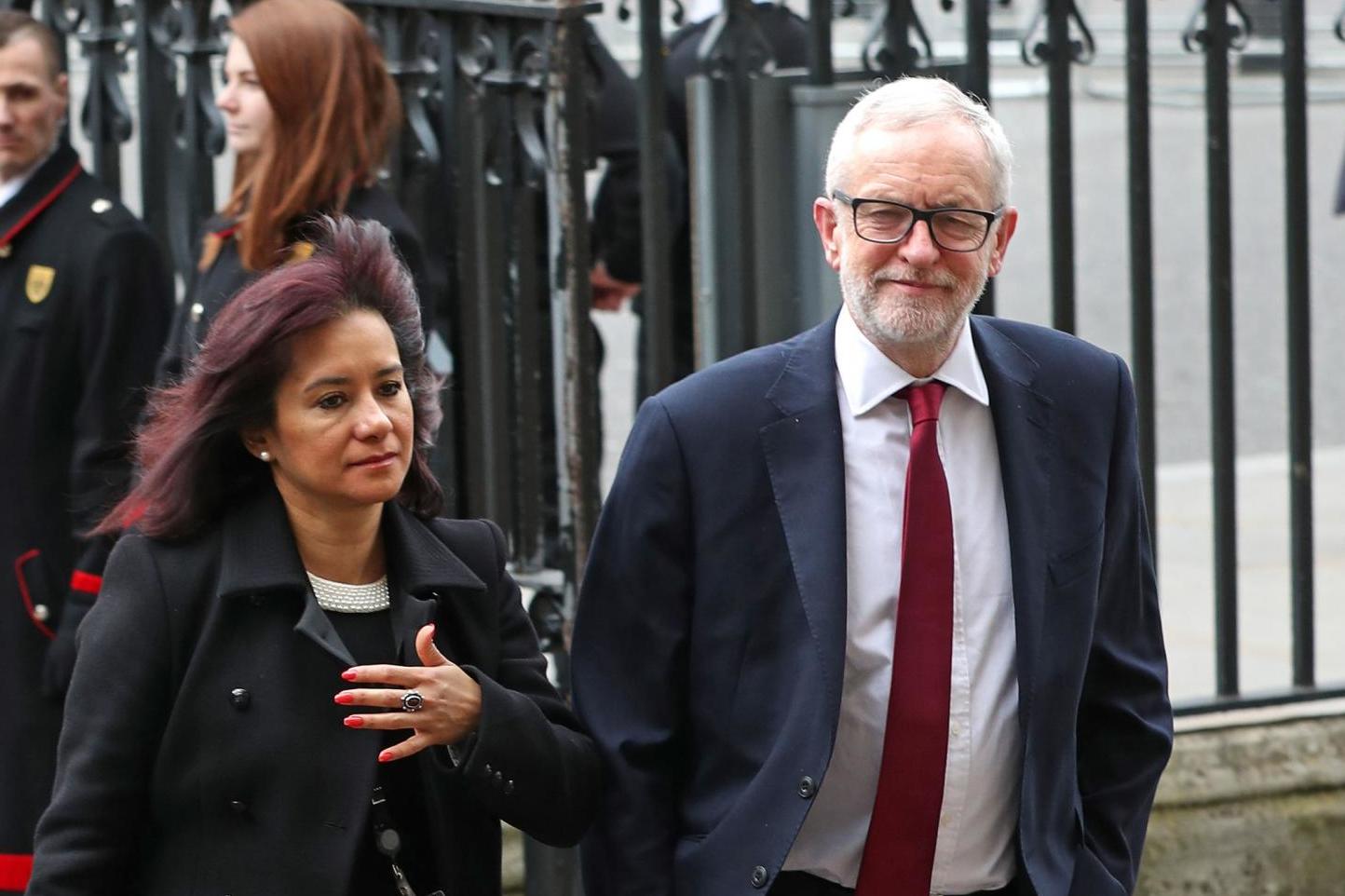 Jeremy Corbyn’s wife has defended the ongoing Labour leader’s legacy in a rare public intervention before his successor is named.

Laura Alvarez said it was difficult to watch her husband be “vilified” and attacked by his own party during his five years in the top job.

His wife of seven years has steered clear of making public comments since the 70-year-old was elected Labour leader in 2015.

But as Mr Corbyn prepares to stand down on Saturday when his replacement is revealed, she decided to speak out and issue a warning to those vying to take his position.

In an article in the Mirror, the Mexican told how it was “incredibly hard” to watch from the sidelines as her husband faced criticism from the party and “some in the media”.

The former human rights laywer added: “The brutal irony is that if we had pulled together, we would have been ready to lead the country rather than suffer more austerity under the Tories.”

Ms Alvarez said she was “proud” of her spouse and urged his successor “not to lose sight” of the left-wing policies promoted by the veteran MP.And she argued that the NHS would have been better prepared for the Covid-19 outbreak if Mr Corbyn had been prime minister.

The Government has faced criticism in recent days for the lack of personal protection equipment available to front line health staff, as well for failing to commission more testing.

“I read about the work that our amazing heroes in the NHS are doing during the coronavirus outbreak and only wish that the investment our health service needs had been offered long before now,” said Ms Alvarez.

Mr Corbyn announced he would be stepping down as leader following Labour’s worst defeat since 1935 at the General Election in December.

His wife’s comments came as Lisa Nandy, one of the three leadership candidates, said the contest had ended “in the hardest of circumstances” after the ballot closed at noon on Thursday.

The final weeks of the race were largely sidelined due to the coronavirus pandemic, with all candidate events and hustings cancelled.

All three contenders have been asked to pre-record victory speeches in the event they win, with the victor having theirs released on Saturday morning when the result is revealed.

Ms Nandy tweeted a video thanking her supporters for their efforts during the three-month contest.

“When this started, I said Labour must change or die,” said the Wigan MP.

“I had no idea how many of you felt the same.

“We took the moment of Labour’s worst defeat and turned it into the moment where things start to get better.”

She said supporter efforts to rebuild and reconnect with voters who had deserted the party at the last election showed the party could “win again”.

Front-runner Sir Keir Starmer also tweeted at the close of the ballot, thanking his rivals, Ms Nandy and Rebecca Long-Bailey, for showing “positivity and unity” during the bout.

Those eligible to vote had until midday on Thursday to make their choice before the new leader is revealed on Saturday.

The ballot had opened on February 21.

Voting papers were sent out to party members, members of affiliated trade unions and groups and 14,700 “registered supporters” who paid £25 to take part on a one-off basis.

Because of the coronavirus emergency, the winners of both the leadership and the deputy leadership race, which has been running in parallel, will no longer be unveiled at a “special conference” as originally planned but via a virtual announcement.

Shadow education secretary Angela Rayner has been seen as the favourite to take the post of deputy leader.

READ  UK to donate at least 100 million surplus Covid vaccines to other countries, Boris Johnson pledges
Share on FacebookShare on TwitterShare on PinterestShare on Reddit
newsgrooveApril 3, 2020