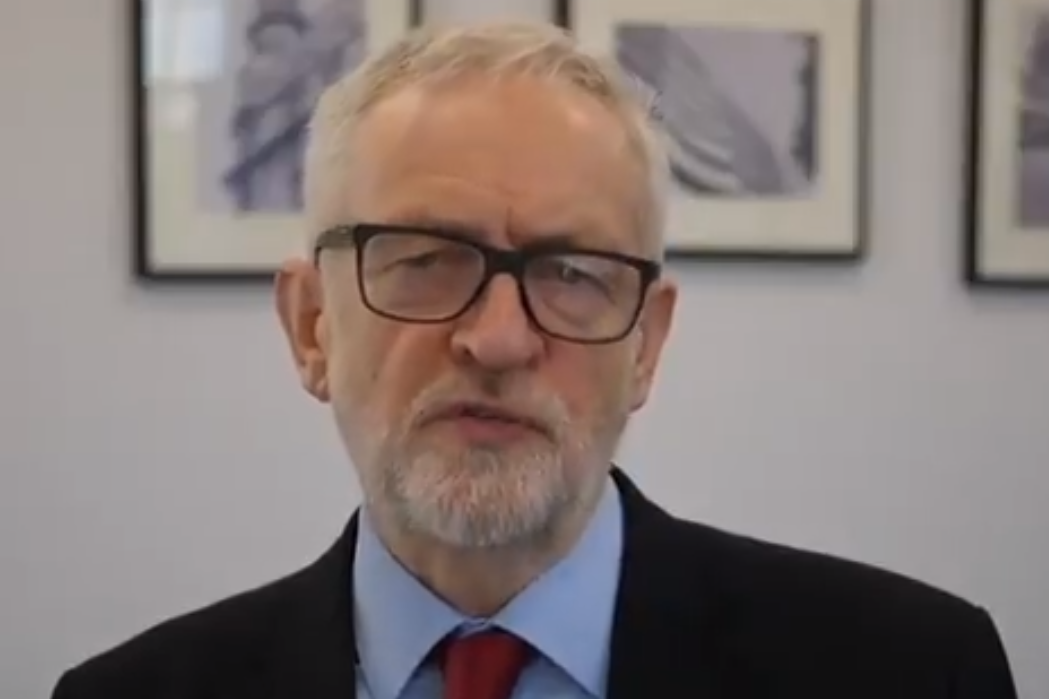 Jeremy Corbyn seized Brexit day to voice his opposition to a “toxic Trump deal” for trade with the US once Britain departs the European Union.

The Labour leader, who insisted upon keeping a neutral stance on Brexit during his failed election campaign, spoke of the choices Britain had to make upon departing the bloc.

Speaking ahead of 11pm, when the nation formally leaves, he said: “Today, we are leaving the European Union. I know there will be different views and feelings about it.

“Britain’s place in the world will change.

“The question now is, ‘what direction will we take?'”

He said the UK would have the opportunity to work with other nations to develop rights and protections, while investing in communities and tackling the “climate crisis”.

The Labour leader, who is set to be replaced in April, said Britain could be “internationalist” and “outward looking”.

However, he then spoke of his fears of what the other options could be, speaking of how the nation could “turn inwards, trade our principles, rights and standards to secure a sell out trade deal with President Trump and others”.


“Today is only the beginning… we will hold the government to account every step of the way,” he said.

“We will resist a toxic Trump deal that puts our NHS, food safety and standards at risk.”

Ending his message, he said: “Whatever side we took in the Brexit debate, we now need to bring the country together to shape our common future.”