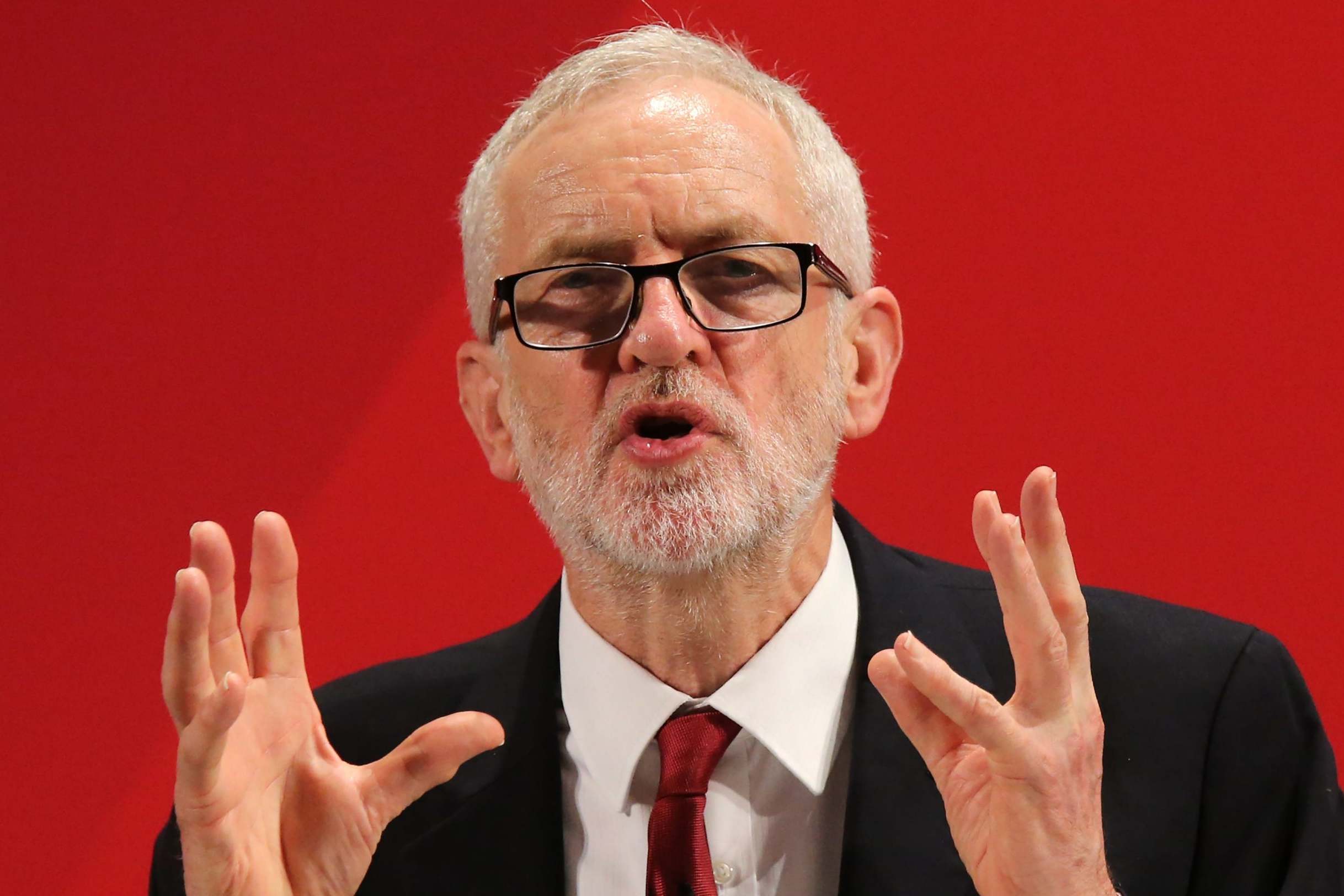 Jeremy Corbyn has said Labour does not tolerate anti-Semitism “in any form whatsoever” after the Chief Rabbi warned his failure to tackle the issue made him unfit to be prime minister.

The Labour leader insisted anti-Jewish racism was “vile and wrong” and that the party had a “rapid and effective system” for dealing with complaints.

Mr Corbyn was greeted with shouts of “racist” by demonstrators as he arrived at the launch of his party’s race and faith manifesto in Tottenham.

A series of posters on vans parked outside read “Keep anti-Semitism out of Downing Street” as well as “A home for holocaust denial and terrorist supporters”.

In his speech, Mr Corbyn called anti-Semitism “an evil within our society” which had led to the Holocaust.

Later, in response to journalists’ questions, he said that as party leader he had introduced new disciplinary procedures which meant those who committed anti-Semitic acts were “brought to book”.

Then, if necessary, expelled from the party or suspended.

He offered to meet with faith leaders, including the Chief Rabbi, to discuss their concerns.

“Be absolutely clear of this assurance from me – no community will be at risk because of their identity, their faith, their ethnicity or their language,” he said.

In the speech he made no direct mention of the comments by Chief Rabbi Ephraim Mirvis.

Instead it was left to the Labour peer Lord Dubs – who came to Britain in the 1930s as a child refugee fleeing the Nazis – to say he believed the attack had been “unjustified and unfair”.

Writing in The Times, Rabbi Mirvis said Labour’s handling of the issue, which has dogged the party under Mr Corbyn’s leadership, was “incompatible” with British values.


He said the overwhelming majority of Britain’s Jews were “gripped with anxiety” ahead of the General Election on December 12, warning “the very soul of our nation is at stake”.

His comments were seized on by Boris Johnson who said Mr Corbyn’s inability to stamp out the “virus” of anti-Semitism in Labour represented a “failure of leadership”.

The president of the Board of Deputies of British Jews, Marie van der Zyl, said most in the Jewish community would find it impossible to trust the assurances given by Mr Corbyn.

“Labour’s record under his leadership has shown that anti-Semites are indulged by Labour, while Jewish MPs are hounded out without a word of complaint from him,” she said.

“British Jews are acutely anxious about the proliferation of anti-Semitism in the official party of opposition. What starts with the Jews never ends with the Jews.”

Dame Louise Ellman, the Jewish former Labour MP who quit the party over the issue, said the Chief Rabbi was reflecting “widespread concern and anxiety” across the mainstream Jewish community.

READ  Brexit Party candidate criticised for past IRA defence
Share on FacebookShare on TwitterShare on PinterestShare on Reddit
newsgrooveNovember 26, 2019